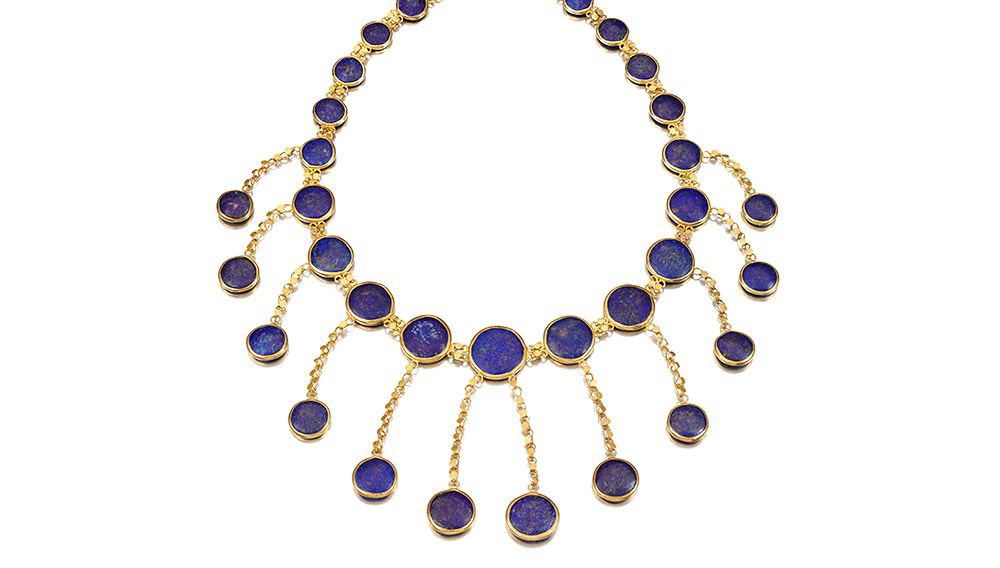 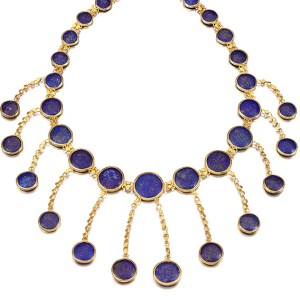 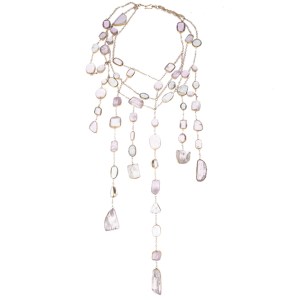 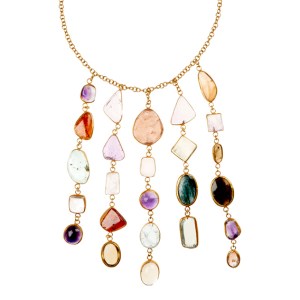 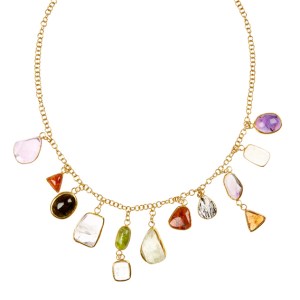 The jewelry designer Pippa Small pays homage to the fascinating jewelry legacy of Afghanistan with a collection of large, colorful gemstone pieces ($150 to $5,000), using stones sourced from throughout the country in designs that reflect its unique culture. New designs include gold-plated drop earrings of bright-blue lapis lazuli as well as draping necklaces with layers of rough-cut stones.

Last year, the London-based designer visited Kabul to purchase stones and work with local craftspeople at the charity Turquoise Mountain, which trains and places jewelers. “I was asked out to Kabul initially to create a collection inspired by the ancient Bactrian gold that has been touring the world the last few years,” explains Small, who made her first visit to Kabul seven years ago. Those ancient treasures were famously buried by the museum director in Kabul when the Taliban took over, to protect them, and they later toured around the world. Following that initial project, Small returned to the region and partnered with Turquoise Mountain, and her commissions helped employ the first jewelry craftswomen in the workshop.

Her latest jewelry, which features gemstones that appear like tumbled rocks and carefully etched gold pieces, draws on designs from Bactrian, Turkmen, Uzbek, and other cultures in the region. For generations, the region has produced an extraordinary array of gemstones, but political and military conflicts have deeply affected the local mining and flow of stones. Small has, as a result, sought to develop ways to use the stones in pieces created by the local people.

The designer’s interest in various cultures began when she was young and traveled with her parents around the world. She went on to study anthropology and earn a master’s degree in medical anthropology; making jewelry began as a way to fund her degree, and her designs were an immediate success among a fashionable international crowd. Throughout her career she has continued to try and find ways to support indigenous craftwork, including by the San people of the Kalahari and the Kuna people of Panama. “I began working on my projects about eight years ago, sure that there would be a way to bring benefit from working with traditional communities,” she says. “I feel that jewelry has the potential to change lives by working with communities, creating jobs and opportunities, and using design to raise money and awareness.” (+44.0207.792.1292, www.pippasmall.com)