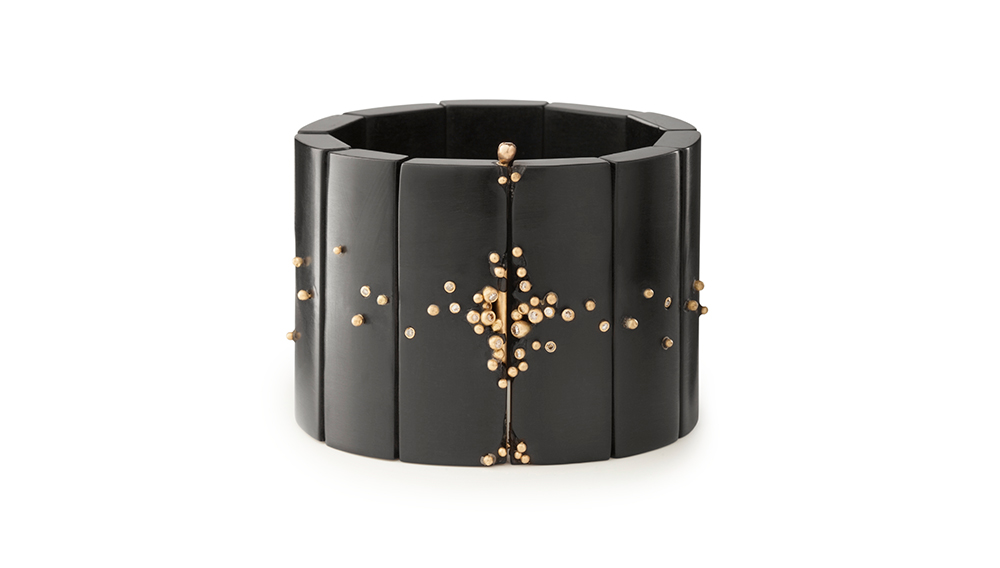 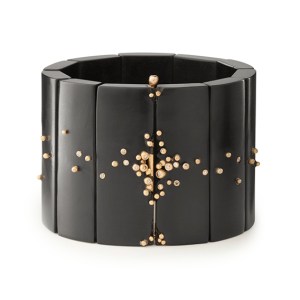 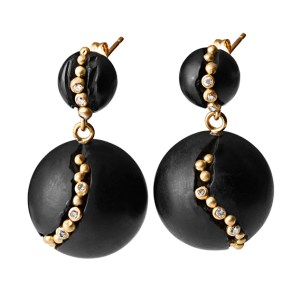 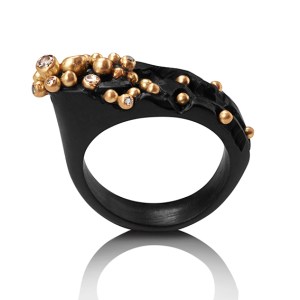 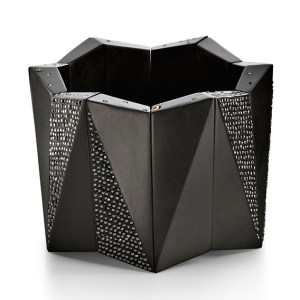 Jacqueline Cullen’s fascination with Whitby jet began during her final days at London’s renowned college of art and design, Central Saint Martins, where she was studying jewelry design. After holding a small sample of the jet, she was inspired to reinterpret this dark, 180-million-year-old fossilized wood that gained notoriety after the death of King Albert in the mid-19th century. (Queen Victoria’s mourning jewelry was comprised almost exclusively of the dramatic black material.) “I was looking for a material that had loads of assumptions attached to it,” Cullen explains. “People assume that this material is only about death and grief. The more I looked into it, the more it became interesting from a conceptual point of view.” Cullen was drawn to the challenge of recasting Whitby jet as being more than mourning jewelry, so she opened a London studio in 2006 and launched her first collection that same year.

To help envision a theme for new works, Cullen pulls inspiring images from the pages of magazines and draws upon her own photo collection to create a mood board. After sketching a new design, Cullen begins carving Whitby jet collected from the cliff-face caves of Yorkshire on the northeast coast of England: “My supplier lives in Whitby, and he goes down the cliffs on a rope into the caves to get the jet out.”  The rare fossilized wood can cost up to $250 per pound. Cullen outsources the lapidary work to a married couple in Whitby, while she continues to do all the finer jet-carving herself. A piece can take a few hours or up to a week to complete. To start off the process, Cullen uses diamond-tipped lapidary wheels to shape the jet, and then employs smaller jewelry drills and steel carving tools to apply details. She says Whitby jet “has a soft, sensual blackness to it, and it’s also very soft and easy to work with—you can sculpt it directly and change its shape quickly.” For her latest designs, she pressed small black diamonds directly into the Whitby jet to create glittering, reflective panels, as shown in the collection’s angular wrist cuff ($10,365). “Adding the diamonds is a great way to bring light to the surface of the jet,” adds Cullen. In previous works, such as her 18-karat gold and champagne-diamond ball earrings ($2,450), she highlights the Whitby jet’s natural inclusions with skillfully placed gems.

While her earlier work was largely inspired by erosion and volcanic eruptions and focused more on rough organic forms—an aesthetic displayed in the pebble-like, gold-painted “granulation” embellishments on her champagne-diamond ball rings ($1,615)—Cullen’s recent assemblage of faceted jewelry reveals a fresh attraction to clean-lined, modernist shapes. “This new faceted range doesn’t have any fissures or broken edges—it is interesting for me to break away from what I’ve been doing for many years,” she says. “The new faceted range looks simpler in its shapes, but it is actually more difficult to make because it’s so precise.” Her latest pieces in this style include pendants, rings, and earrings, ranging in price from about $1,200 to $11,000.

Where to Get It: