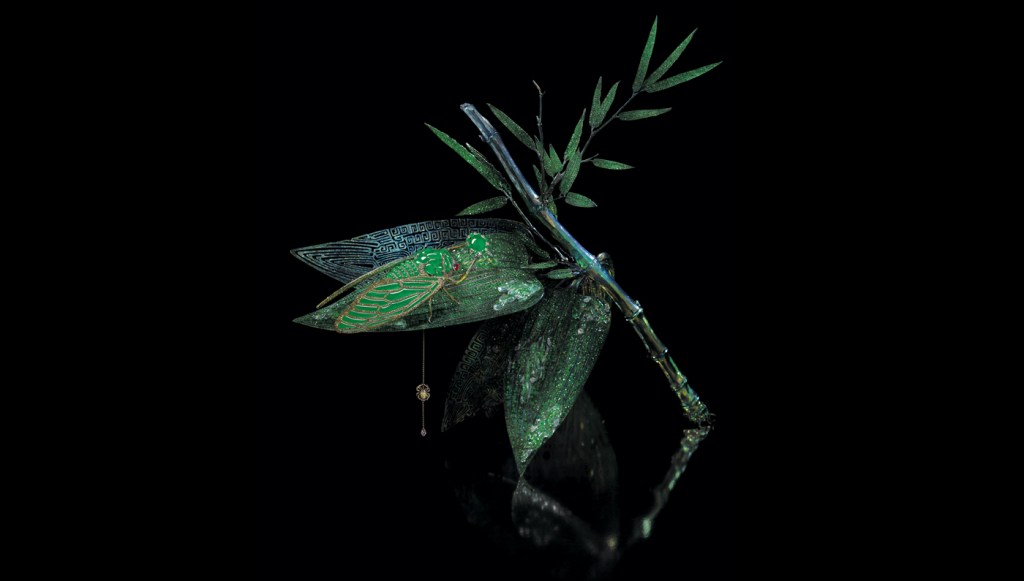 Jewelry artist Wallace Chan (wallace-chan​.com) conveys his Chinese heritage and Zen philosophy in one-offs such as this cicada brooch. The striking creature of titanium and imperial jade—part of a sculpture Chan calls Stilled Life—bears wafer-thin wings that allow light to pass through the stone. The effect is ethereal, as though the insect might fly from its bejeweled bamboo leaf, which is dewy with diamonds, sapphires, and tsavorite garnets. Since ancient times, Chinese culture has revered the cicada as a symbol of purity, nobility, and rebirth, and regarded jade as a healer. “Some Chinese people will even place a carved-jade cicada figure in the mouth of the deceased to help them reincarnate more quickly,” says Chan, who in October gave Stilled Life its U.S. premiere at TEFAF New York. Although the cicada can be worn—the brooch is about 6.6 inches wide—it may create even more buzz when displayed as art on its roughly 16-inch-tall bamboo stalk.