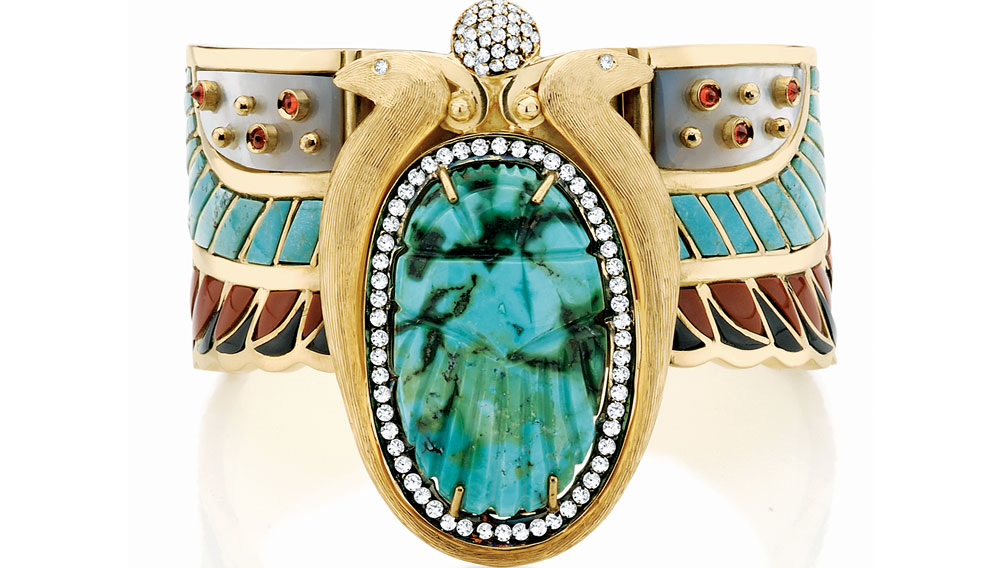 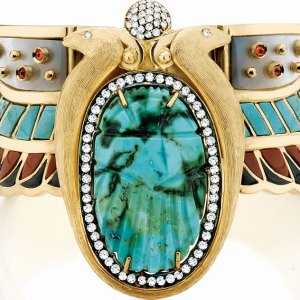 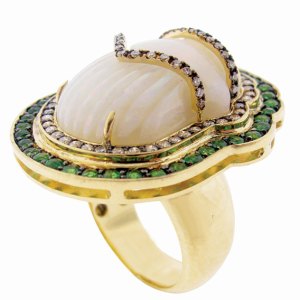 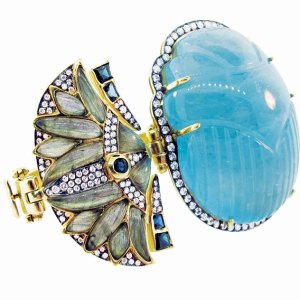 A woman must be confident to wear jewelry by Silvia Furmanovich, whose audacious concepts seldom fail to attract attention. This daring designer might adorn a diamond bracelet with a bright-blue, walnut-size Paraíba tourmaline or carve a 119-carat aquamarine into a scarab and set it amid sapphires and diamonds. But then, confidence is precisely the quality that Furmanovich’s jewels are intended to conjure: Many of them are modeled on ancient symbols believed to empower the wearer. “In the past, jewelry served as amulets that represented strength and power,” she says. “I like to communicate that in my jewelry designs as well.”

Furmanovich was born to a long line of goldsmiths who emigrated from Italy to Brazil; her great-grandfather made sacred adornments for the Vatican, and her father had a goldsmithing workshop in the family home in São Paulo. Furmanovich embraced this artistic tradition, establishing an appointment-only jewelry business in 1997 and opening her first store in her hometown in 2009. Her extravagant designs soon began to flash on red carpets the world over, and in the spring, her collection debuted in the United States at Bergdorf Goodman, where, from within their glass cases, her creations continue to spellbind passersby.

Her work is heavily influenced  by ancient Egyptian and Native American iconography. The Egyptian scarab, for instance, “is a strong symbol of rebirth and death,” says the designer, who sets large, colorful stones cut to resemble this hallowed insect into rings, pendants, and bracelets. She also uses Native American beading techniques to create flexible cuffs, weaving together porcelain beads coated in 22-karat gold to form patterns as intricate as those of a tapestry. She further embellishes these bracelets with precious and semiprecious stones, including turquoise, which represents the sky, and coral, which signifies the earth.

Furmanovich’s art is also informed by her travels. She scouts antiques markets in New York City, Paris, and London, as well as cities in Asia, to uncover unusual components, such as netsuke, the miniature sculptures from the Japanese Edo period, which lasted from the early 17th century to the mid-19th century. She displays these small figures—whose facial expressions and garments are intricately articulated—on simple pendants, bracelets, and rings.

Combining such diverse elements and influences to develop a single, dramatic, and seamless personal aesthetic requires as much self-assurance from the designer as from the wearer. “Jewelry should not only make a statement,” Furmanovich says, “but it should also make someone feel confident, expressive, and happy.”