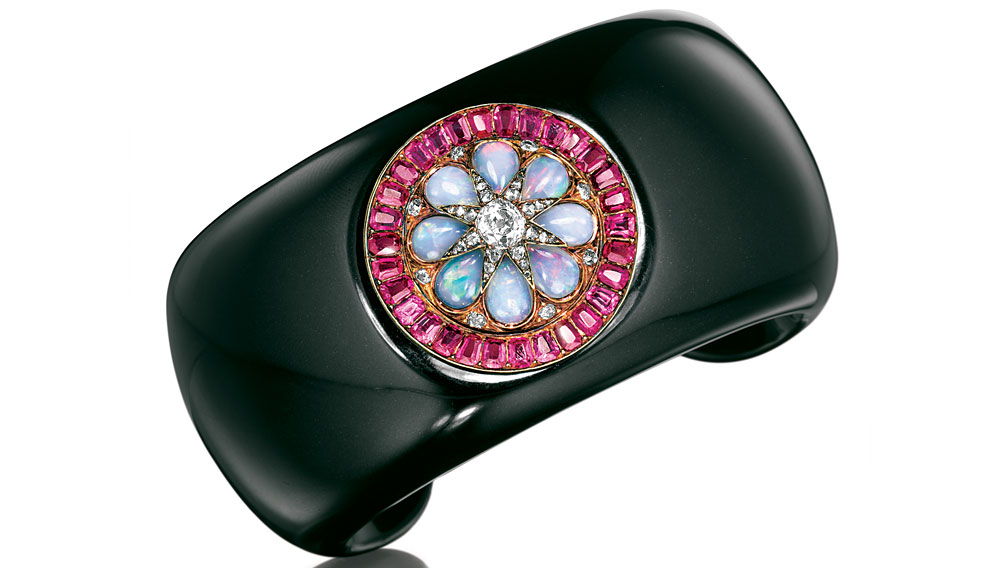 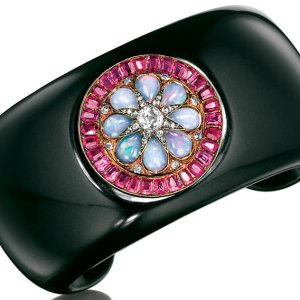 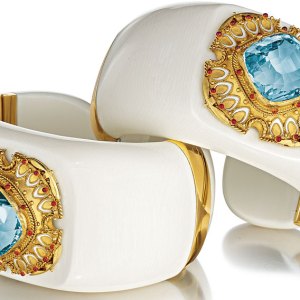 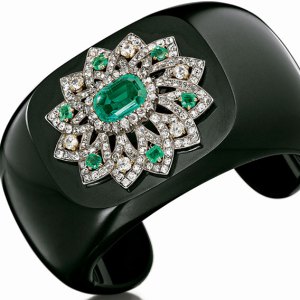 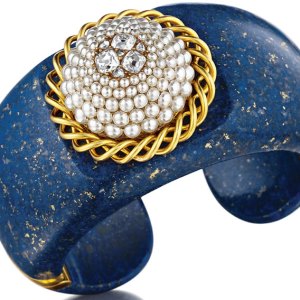 When an antiques dealer showed Nico Landrigan a cabochon-sapphire brooch from the late 19th century, it was with the hope that Landrigan would buy the ornament simply to harvest its 30-carat centerpiece stone. But Landrigan, president of the jewelry house Verdura, had a different idea. Instead of breaking the brooch apart, he set the entire piece into a bold cuff carved from pale-violet agate. “I thought it was a beautiful piece, but little brooches aren’t very wearable today,” Landrigan explains. It went from “an old-lady pin to a great jewel,” he says, and it brought Verdura full circle into a new era.

The piece, completed a little more than a year ago, was the first in a limited series of cuffs featuring vintage and antique centerpieces, and the first new design in more than 25 years from the famed jewelry house. But the new cuffs have much in common with the original creations of Verdura’s founder, Fulco Santostefano della Cerda, Duke of Verdura, who began his career as Chanel’s head jewelry designer. The Duke, as he was known, first impressed Coco Chanel by refashioning a Maltese-cross brooch into a fabulous cuff. The piece became a signature for both Chanel and the house of Verdura, which was founded in 1939.

“Verdura took jewelry, played with it, and Verdurized it,” says Landrigan, whose father, Ward, purchased the firm in 1985, seven years after the Duke’s death. Under the Landrigans, the Verdura name has lived on in the company’s elegant salon high above Fifth Avenue, and with re-creations of the Duke’s glamorous and iconic pieces, such as the curb-link watch first made for Greta Garbo or the Lily gold-and-diamond cuff designed for Marlene Dietrich. There are thousands of original sketches in the Verdura archives, Landrigan says; he notes that the Duke used Mexican pesos in some pieces and a 19th-century diamond crescent pin as the centerpiece of a bracelet that became another defining design.

The cuffs, priced from about $25,000 to upwards of $100,000, have a sort of inevitability about them, as if their vintage elements were always meant to adorn a brutally modern curve of stone. But Landrigan says he considered thousands of antique brooches and rings before selecting the ones with the right proportions and aesthetics. By January, he had produced just 37 cuffs, with centerpieces including a 1920s Cartier dress clip with a 45-carat peridot (set in carved black jade), a mid-19th-century brooch with an 80-carat citrine (set in carved cocobolo wood), and a 1940s star-sapphire ring (set in carved agate). “I can’t put any piece of jewelry in a cuff,” says Landrigan, “especially if we are going to put the Verdura name on it.”