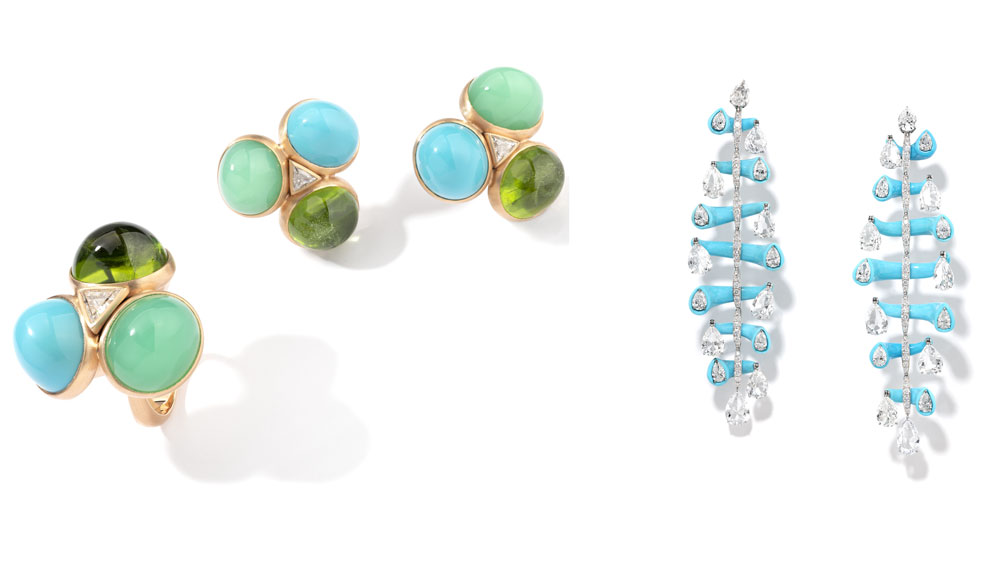 Glenn Spiro is one of a handful of jewelry designers that, like Jean Schlumberger and Suzanne Belperron, occupy a niche somewhere above the usual fare in high jewelry. In addition to the high intrinsic value, superior gems and superb workmanship that are assumed to be elements of any haute joaillerie piece, his work demonstrates a fearless sense of color combined with outstanding creativity. In a sea of proper Art Deco symmetry and formal prong settings, Spiro’s designs, which he sells under the name “G,” stand out as something more whimsical than traditionally “important” jewelry. It fits the dress code perfectly for a place like St. Barts—a playground for the rich and casually dressed—where Spiro has just opened a new boutique.

Spiro is based in London, where he runs a by-appointment atelier in Mayfair, and has satellite salons in Los Angeles and Saint-Tropez. Surprisingly, he will be the first jeweler to open a permanent space in St. Barts. He has a longstanding love for the island, as he and his wife, Arabella, and son Joe have visited it for many years. The designer has established a social circle on the island, and its beauty has inspired some of his collections. He has created a limited collection of one-of-a-kind pieces for the new boutique, including the new Bon Bon collection, which combines cabochon-cut peridot, turquoise, tourmaline, chalcedony, citrine, amethyst and other semi-precious gems in a series of joyful, three-stone cocktail rings that seem purpose-made to be worn while drinking a chilled glass of Côtes-de-Provence rosé, a.k.a. the Gatorade of St. Barts.

His signature aesthetic is mixing semi-precious gems in unusual combinations, juxtaposing them with diamonds, often in designs inspired by nature—he created a butterfly ring for Beyoncé with wings that move. A secret watch is designed as a flower, with petals that unfurl to reveal the time. In one ring, he mounts a five-carat, old-mine-cut marquise diamond in ebony wood. In a pair of shoulder-grazing chandelier earrings, he positions several carats of pear-shaped diamonds inside the ends of tubular hollows of turquoise in a “Fishtail” design.

“It is, and always has been, about the stones. Everything we create is made to complement and respond to these rare and exquisite gems,” says Spiro’s website. The St. Barts boutique will be located close to the port of Gustavia, and is set to open November 24. The designer’s jewelry is also available at Harrods in London and Bergdorf Goodman in New York.