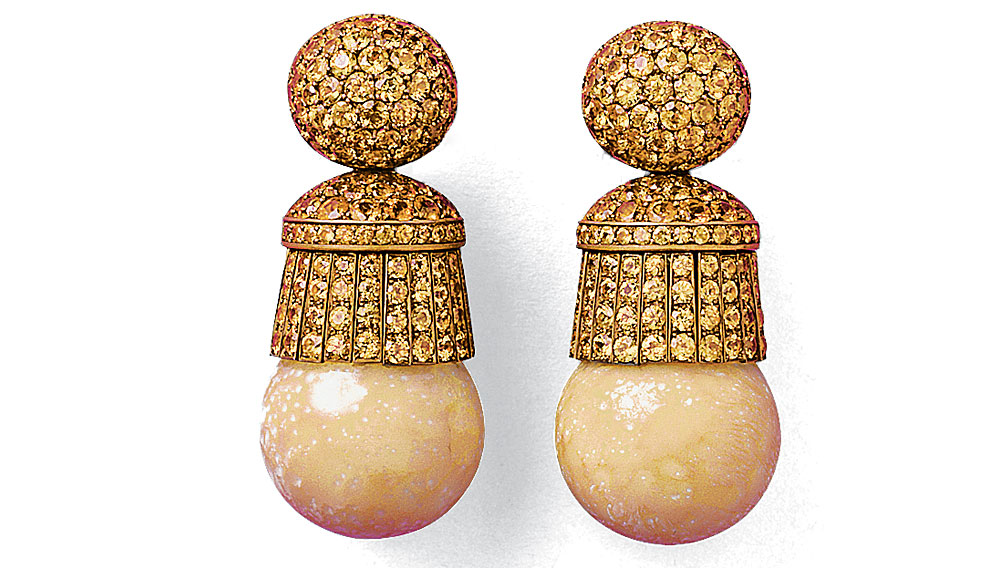 When a prominent Munich art collector commissioned Stefan Hemmerle to create a diamond ring for his wife in 1995, he set one condition: no flashy settings. His wife, he said, detested them. To meet the challenge of creating a piece of fine jewelry both significant and subdued, Hemmerle considered a variety of alternative materials before finally setting the stone in a striking ring forged of iron. This solution launched a decade of artistic experimentation, during which the designer paired unconventional metals, such as brass, aluminum, and copper, with rare gems.

Although these creative forays have since established the house of Hemmerle’s reputation for progressive concepts, the brand has, in fact, a very traditional heritage. The firm was established in 1893 by brothers Anton and Joseph Hemmerle, goldsmiths who had begun their careers forging medals for the Royal Bavarian Court and soon expanded into crafting elaborate jewelry for Ludwig II of Bavaria. In 1904, they established Hemmerle’s present store on Munich’s Maximilianstrasse. For decades, the family business maintained a conservative approach to jewelry making, until that day in 1995 when Stefan Hemmerle was inspired to forge the iron ring.

Today the company enjoys an international following, and its one-of-a-kind pieces are presented in private showings in New York and London, as well as at the annual Maastricht art and antiques fair. Hemmerle’s son Christian and daughter-in-law Yasmin, who have joined the family business, bring their own sensibilities to his avant-garde approach to design by integrating serendipitous objects into their streamlined jewelry settings. A pair of earrings, for instance, incorporates antique lava cameos and moonstones, and acorns that Stefan found while jogging in New York’s Central Park. And a recently unveiled bracelet combines sculpted copper, brown diamonds, and petrified walrus teeth that, at first glance, appear to be well-worn ivory. “It took a craftsman more than 700 hours to refine each element and assemble them in a seamless configuration that curves around the wrist,” says Christian.

The innovative Hemmerles have also preserved practices that have long been a part of their heritage, including the knitting of gems on fine silk string to create a crochetlike fabric of stones. This century-old technique, originally developed in Austria, is identified as a Hemmerle signature style.

Whether old or new, the company’s construction methods yield items full of life and energy. “It is precision engineering,” Christian says. “So much goes into each piece that you don’t see, but each piece has movement; it isn’t static.”