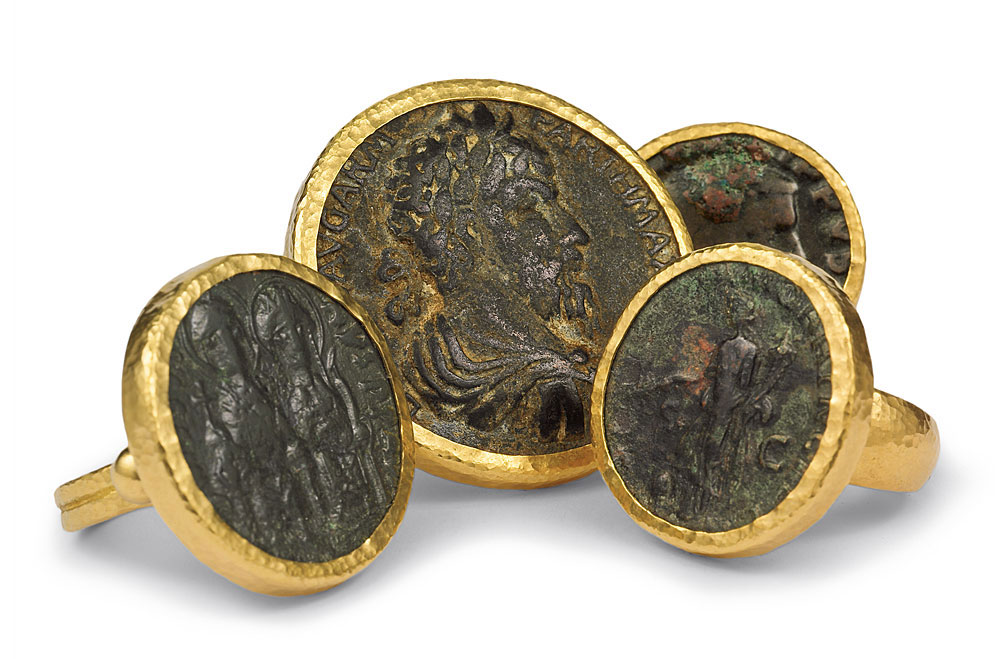 On a cord around his neck, Turkish jeweler Gurhan Orhan sports a well-worn Sumerian jasper pendant carved with cuneiform symbols, an early form of writing that dates to around 3500 BC. Although he has fielded offers of large sums for the amulet, he has always refused to part with it. “This piece carries the spirit of its maker,” he says in a gravelly voice deepened by his accent. “And it carries a long history and legacy.” Orhan believes that it also brings considerable good luck: While wearing it last year in Las Vegas, he says, he won a significant amount at the blackjack tables.

Yet ancient artifacts of this kind have influenced Orhan’s fortunes in far more meaningful ways. Born in Ankara, he began his first career manufacturing high-fidelity equipment; after selling that business, he discovered a passion for jewelry that incorporates the relics from antiquity found throughout his native land. He has been collecting these antiquities for more than a decade, uncovering them in Istanbul’s famous Grand Bazaar or purchasing them from a cadre of international dealers. “It’s not easy to find these artifacts,” says the jeweler. “I won’t likely find another Sumerian pendant.”

His jewelry incorporates Roman and Byzantine coins and bronze pieces, Egyptian scarabs, and Italian micromosaics. The artifacts are worked into pieces of 24-karat-gold jewelry in his Istanbul workshop, where 90 craftsmen employ many of the old-world techniques that were practiced by the artisans of the Ottoman Empire—granulating, for instance, and hand-hammering of finishes, as well as the layering of gold and oxidized silver to create a blackened hue.

Considering that the supply of Orhan’s jewelry is naturally limited by the size of his treasure chest of artifacts, the range of his most recently unveiled pieces is surprisingly broad. For instance, 80 Egyptian scarabs featuring the personal seals of their former owners grace pendants, while a variety of other ornaments showcase cameos made from the 1830s to 1880s out of Pompeian lava rock—popular souvenirs among visitors to Pompeii during that period. The jeweler’s most prolific collection, however, consists of several hundred Byzantine coins, dating as far back as 1,500 years, that have been set in 24-karat-gold rings, earrings, and pendant necklaces. “My designs are a reincarnation of the past,” says Orhan. “They keep something from the original wearer.”

To maintain the historical integrity of these pieces, Orhan researched ancient jewelry-making techniques to create settings that complement the original artifacts. He spent a year experimenting with various techniques, such as hammering and folding gold to create different textures, before crafting his first jewelry pieces in 1994. He even went so far as to replicate the wooden and bone tools depicted in books on the metalwork of ancient Turkey. “I don’t use any machines,” he says. “It is all made by hand using the same-style tools that were used some 4,000 years ago.”

With each fresh discovery of antiquities, Orhan contributes his own treasures to history’s vast store. “After 500 years,” he reflects, “my jewelry will survive, just like these artifacts have survived the test of time.”