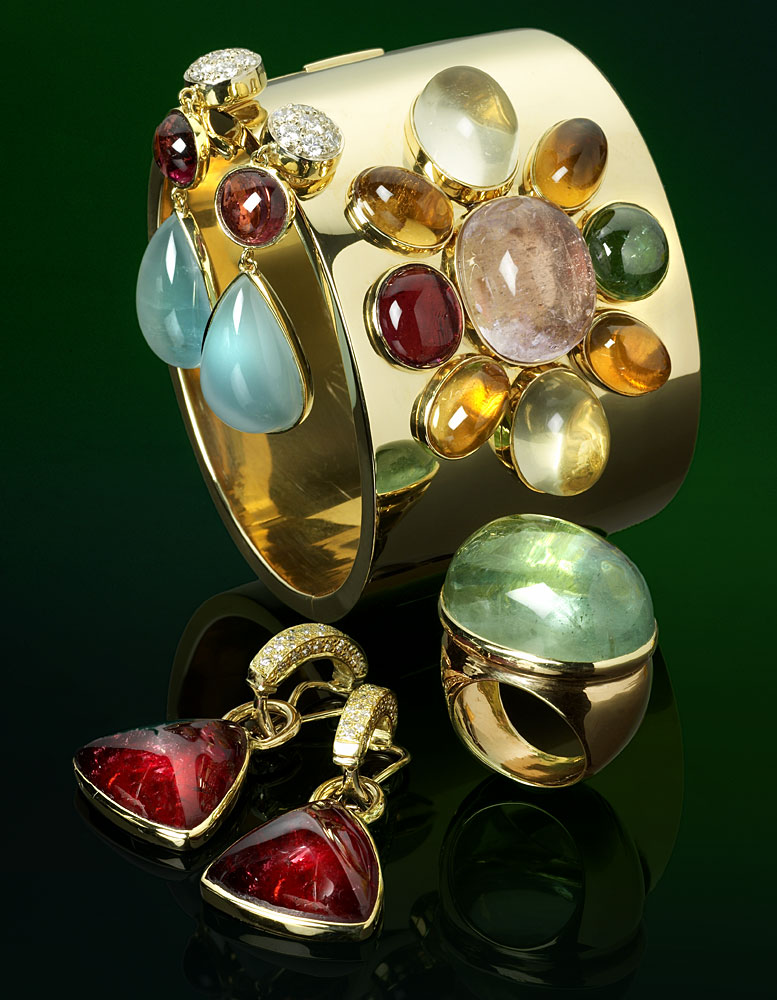 Much the same way that haute couture clients can meet with fashion designers to review the latest collections and customize their selections, patrons of Manhattan jeweler Faraone Mennella are welcome to visit its 57th Street salon to review sketches, select gems, and have pieces custom-fit. “We’re a modern-day jewelry couturier,” says Amedeo Scognamiglio, who started the firm with childhood friend and fellow Neapolitan Roberto Faraone Mennella in 2001.

After establishing their business, Scognamiglio and Faraone Mennella, both charismatic 35-year-olds, quickly cultivated a following of New York style arbiters, including fashion designer Carolina Herrera, who hired them to create pieces to complement her couture fashions. “Roberto and Amedeo are both charming and carry themselves with an elegance that makes our collaboration an easy one,” says Herrera. She describes their jewelry as “beautiful and modern.”

For each of Herrera’s three annual collections, Faraone Mennella creates 30 one-of-a-kind pieces. Last fall, the designer showed a long, rich brown skirt with a crisp white blouse, which the duo accented with a brooch of fire opal, pink kunzite, aquamarine, and diamonds. “We don’t want to match the couture outfits,” says Scognamiglio, “we want to enhance them with our jewels.” In addition to the pieces for Herrera, the company produces two distinct collections. One consists of Italian-made, curvaceous gold designs; the other is the colorful, gem-set Couture line, which launched three years ago. The Couture collection features large, muted cabochon stones, most of which are from Brazil. “We prefer the subtlety of hand-cut, softly rounded cabochon stones in contrast to sparkling, faceted stones,” says Faraone Mennella, noting that the colorful cabochon gems recall 1960s-era Bulgari designs.

Over the years, the partners have built a high-profile clientele who influence their designs through custom requests, but they agree that their true muse is Faraone Mennella’s mother, Hannellore. “My mother is our critic,” he says. “She’s very direct, and she has great style.”

Scognamiglio’s family also has been an influence. Their company, M+M Scognamiglio, in Torre del Greco, Italy, has specialized in making and dealing in handmade cameos since 1857. By the age of 16, Scognamiglio had mastered the art of carving cameos, but then he carried on another family tradition, that of attaining a law degree. After he and Faraone Mennella both graduated from the law school at the University of Napoli in 1995, Scognamiglio moved to New York to expand his family’s business in America, and Faraone Mennella moved there to study at Parsons School of Design. Within a few years, they debuted their first collection of gold jewelry.

Faraone Mennella recently opened its salon for private appointments to accommodate clients who want customized pieces. The space is awash in subtle gray tones and appointed with wrought iron vitrines and with Venetian crystal chandeliers and mirrors. A few stories above, in the atelier, the company’s four craftsmen produce the couture pieces and remain on call to measure a client’s neckline or to make sure a necklace or earrings fit perfectly. Custom pieces are usually delivered four to six weeks after you place an order. “It’s nice to get to know your clients,” says Scognamiglio, while sipping espresso in the salon, “and create jewelry that truly satisfies their lifestyles and personalities.”