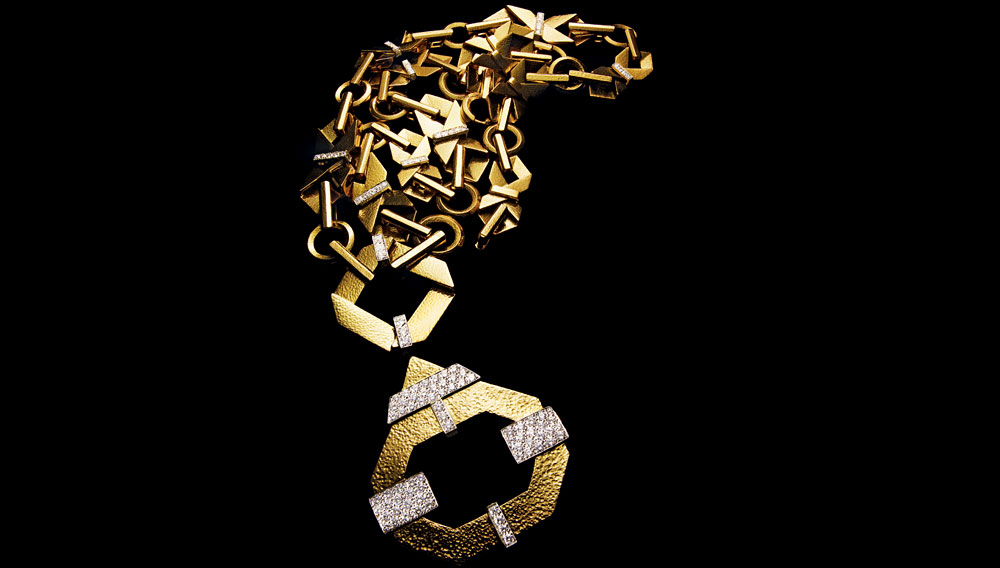 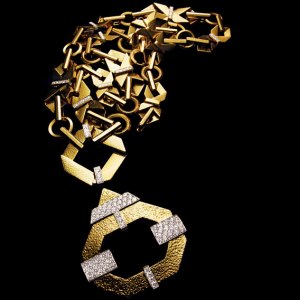 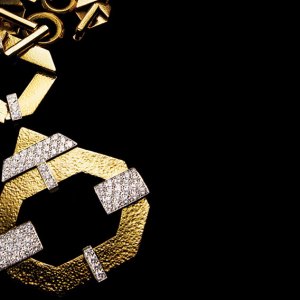 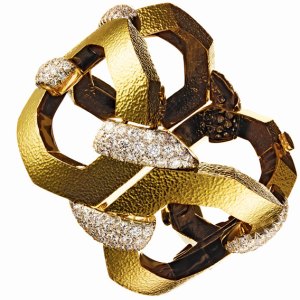 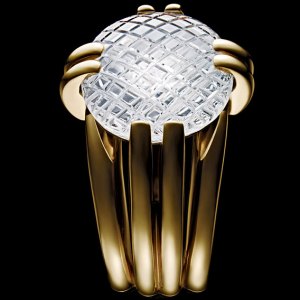 In the 1960s and early 1970s, when most society women wore understated jewelry—demure pearls and diamonds—the designer David Webb enticed a few of the haut monde’s leading tastemakers with big, bright pieces that served as golden emblems of a new era. Thanks to such creations as the giant Maltese cross that Marisa Berenson fastened at the base of her plunging neckline and the chunky gold-and-green-enamel clips that First Lady Jacqueline Kennedy wore on her ears, Webb’s designs became recognized throughout the world as quintessentially Ameri­can expressions of the rapidly changing cultural attitudes and social roles of women at the time.

After Webb’s untimely death in 1975 at age 50, his company quietly continued to produce jewelry, mostly for its loyal older clientele; yet the proportions, style, and spirit of his designs have gained favor with today’s discerning buyers, who benefit from the extraordinary trove of molds and sketches of unexecuted designs preserved at the company’s Madison Avenue workshop. “We have the greatest midcentury American jewelry-design archive, with some 40,000 drawings, 90,000 molds, and drawers of thousands of stones,” says Mark Emanuel, an antique-jewelry dealer who purchased the David Webb brand with two partners in 2010.

“Webb designed at a magical time during the feminist movement,” Emanuel says. “The jewelry was courageous in scale and very metropolitan, with strong gold pieces that reflected the soaring architecture of the city.”The designer also had a penchant for ornamenting his creations with varied cultural references, carving faces inspired by Colombian artifacts on jade pendants, for instance, and working Mayan-pyramid shapes into gold necklaces. He revealed his playful side in his famous menagerie of colorful animal jewelry, which featured likenesses of horses, zebras, giraffes, elephants, and frogs. Choosing from tens of thousands of sketches in its archives, the company is ushering at least six to eight new pieces into production weekly—all under Emanuel’s expert and watchful eye.The house has also reissued gold-and-diamond pendant necklaces and cuffs, as well as chunky rings adorned with large rock crystals, amethysts, or coral.

The David Webb shop on Madison Avenue, which opened in 2011, includes a workshop upstairs where every piece of jewelry is handmade, just as it was during Webb’s time. The pristine Upper East Side workroom seems an unlikely spot in which to find some 30 artisans—one of whom began working for Webb himself in 1964—doing everything from filing gold and setting stones to polishing finished items.The workshop completes a modest 300 to 350 pieces per year, which ensures the David Webb brand will remain exclusive.

Webb was beloved as much for his personable nature as for his bold creativity. “He didn’t design in a vacuum,” Emanuel says. “He held court in his Park Avenue store, got to know his customers well, and learned their likes and dislikes.” Among his clients were the heiress Doris Duke, who regularly brought gemstones for Webb to work into custom pieces, and Kennedy, who commissioned gifts for heads of state and other dignitaries during her time living in the White House. Emanuel carries on this tradition of personal service, meeting with clients to present original sketches of Webb designs, which can be modified in size and color for custom orders. In certain cases, however, Emanuel admits that only the original concept will do. “Some people,” he says, “just want a favorite design remade exactly in the way Webb made it.”