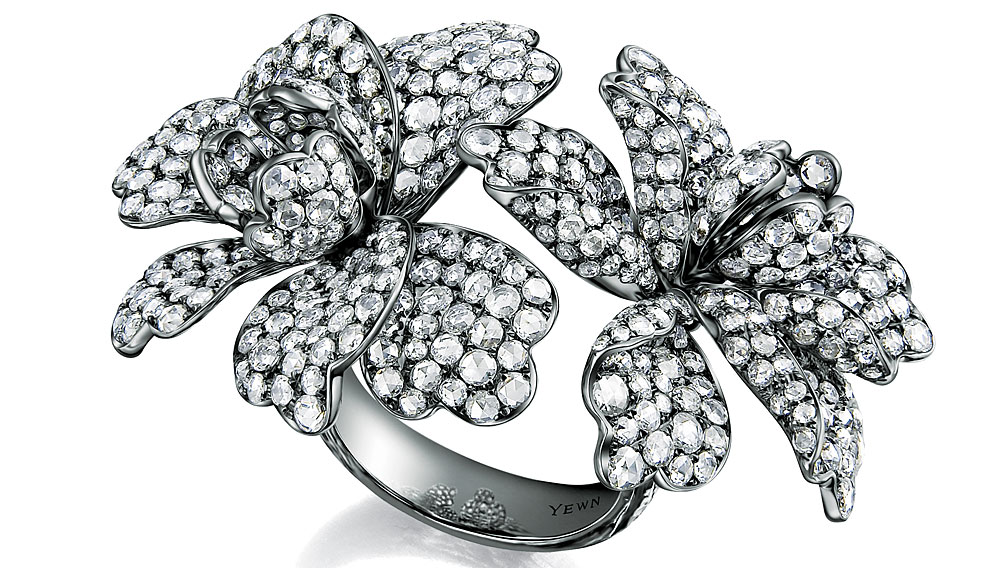 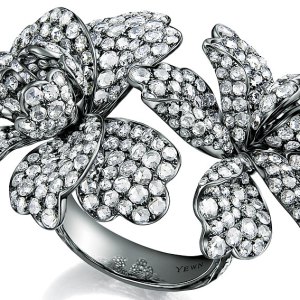 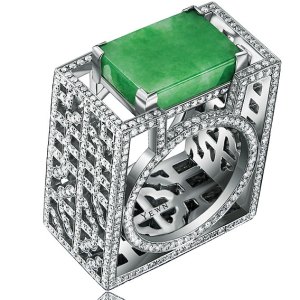 Dickson Yewn considers himself to be as much an auteur as an artisan—one who weaves his yarns in metal and stone. “In the Chinese culture, jewelry is given and worn as an amulet that represents luck, good health, or success, and my pieces continue that tradition,” says the designer, who grew up in Hong Kong and developed a passion for fine art and Chinese philosophy. “Each design must have a story behind it or a cultural reference; otherwise it’s not meaningful.”

One of his collections, for example, alludes to the hardship and hope that parents confronted centuries ago, when infant mortality rates were significantly higher than they are today. Newborns in China often wore amulets in the shape of a lock as protection against illness and as a means of binding them to their families. Yewn adapted this symbol of health and long life for his Lock of Good Wishes series, which features rings and bracelets with lock motifs decorated in diamonds, rubies, and sapphires. Because this concept draws on the complex customs of Yewn’s native country, its significance is not necessarily obvious to Westerners; however, the designer believes that his contemporary pieces evoke a sense of the past, even for those who are unfamiliar with China’s ancient civilization. “I want to create something that provokes people to think about the old days,” he says.

The 40-year-old began his career as a visual artist working in a variety of media, including painting, sculpture, and photography. A successful 1998 exhibition of his first collection of wearable miniature sculpture, however, prompted a change of artistic direction. After creating a number of one-of-a-kind pieces for his art clients, he decided to study jewelry design in earnest at the Fashion Institute of Technology in New York. In 1999, he formally established his jewelry company in Hong Kong, where he crafted each piece himself; but as his international clientele grew, he expanded his operation, assembling a workshop of master artisans to execute his designs.

Yewn’s current pieces include one particularly delicate group of gold-and-diamond floral forms that offer a contemporary interpretation of the classical Chinese folk art of paper cutting. Another series of rings, with jade or onyx center stones, incorporates the complex lattice patterns found in China’s traditional architecture. These pieces have enhanced Yewn’s reputation among a number of American clients who appreciate the designer’s refined, elegant aesthetic. Yet, for Yewn, the cultural connotations of his jewelry take precedence over prevailing fashion trends. “I view myself as a storyteller,” he says. “I am carrying on the tradition of my bloodline and heritage.”