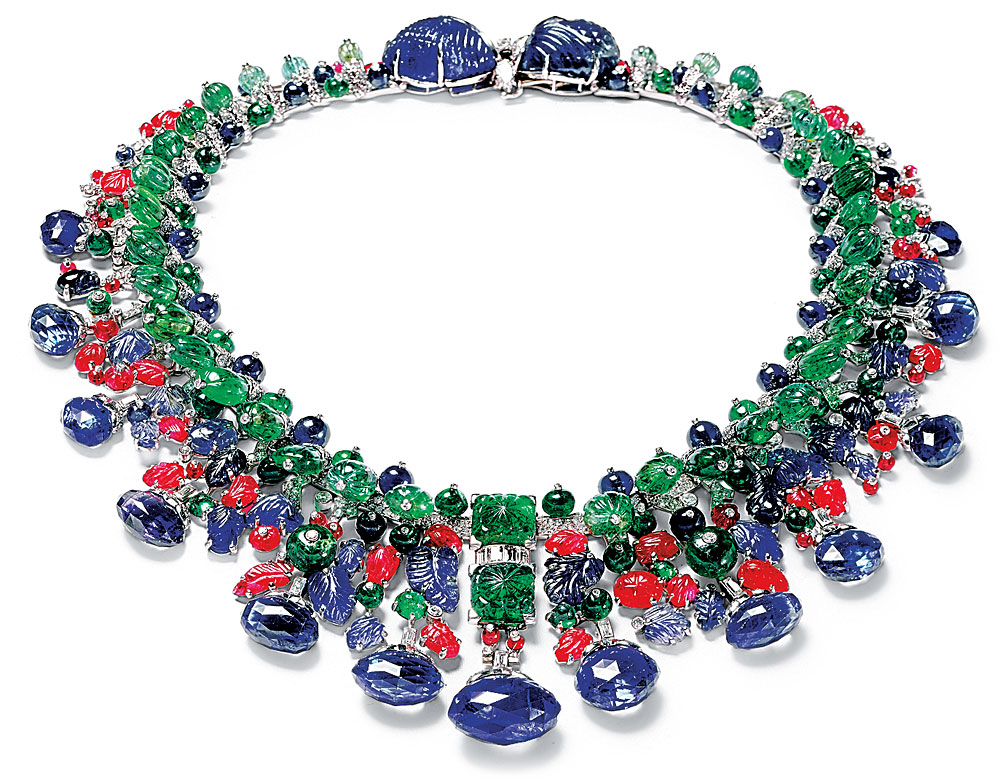 At a Christie’s London auction in December, diamond mogul Laurence Graff stunned his competitors when he paid a record-breaking $24.3 million for the 35.56-carat deep-grayish-blue Wittelsbach diamond. This storied stone, which dates to 1664, became part of the Austrian (and, later, Bavarian) Crown Jewels after King Philip IV of Spain presented it to his daughter Infanta Margarita Teresa upon her marriage to Leopold I of Austria. However, the sensation that was created by Graff’s audacious final bid had as much to do with the volatile global economic environment as it did with the stone itself: Few had expected the lot to fetch what is, in fact, a record sum for any jewel at auction. One observer, however, expresses no surprise at all. “[Graff] bought the stone for a good price,” says Christie’s senior vice president Rahul Kadakia. “In my opinion, the stone is priceless.”

Rare gems and jewels, the 34-year-old Kadakia points out, have served for centuries as international currency, particularly during times of political and economic upheaval. “A high-quality diamond or gem is, always was, and will continue to be a portable and a very resilient form of wealth,” he says. “It is never worthless.”

While a year ago Kadakia handled a broader range of diamonds, gems, and jewelry in an effort to appease collectors’ then-burgeoning appetites, he is much more selective in today’s softer economy, seeking gems and jewelry with unique provenances and characteristics that have enabled them to maintain their values. Natural pearls, Burmese rubies, Kashmir sapphires, old-mine Colombian emeralds, Golconda diamonds, and colored diamonds, he notes, are exceedingly difficult to obtain, in some cases because the sources have been depleted. The auction market appears to support this assessment: Christie’s sold a 42.28-carat Kashmir sapphire at the world-record price for that gem of $3.5 million in November’s Geneva sale.

Signed vintage pieces of jewelry from brands including Cartier, Van Cleef & Arpels, Bulgari, and JAR are also in demand among collectors and, in some cases, are still exceeding auction estimates. On the other hand, diamond sales—with the exception of fancy colored stones—are down 30 to 40 percent as a result of the changing economy. Still, some clients at Christie’s New York sale in December saw opportunity in the softer diamond prices: Among the 10 top-priced diamond lots were two 17-carat pear-shaped D-flawless stones that sold for $3.5 million. “The price was lower than it would have been six months ago,” says Kadakia. “But it still represents a solid figure for diamonds.”

Clearly, Laurence Graff shares Kadakia’s view of the long-term potential for high-quality gems, of which the Wittelsbach is the supreme example. “It is the pinnacle of his career to be able to purchase an extraordinary diamond of this rarity,” says Henri Barguirdjian, president of Graff USA. “He couldn’t let this stone go.”

While Graff may choose to relish his prize for a period of time, like any astute businessman he will eventually slightly recut the stone before seeking a return on his considerable investment—when the time is right.