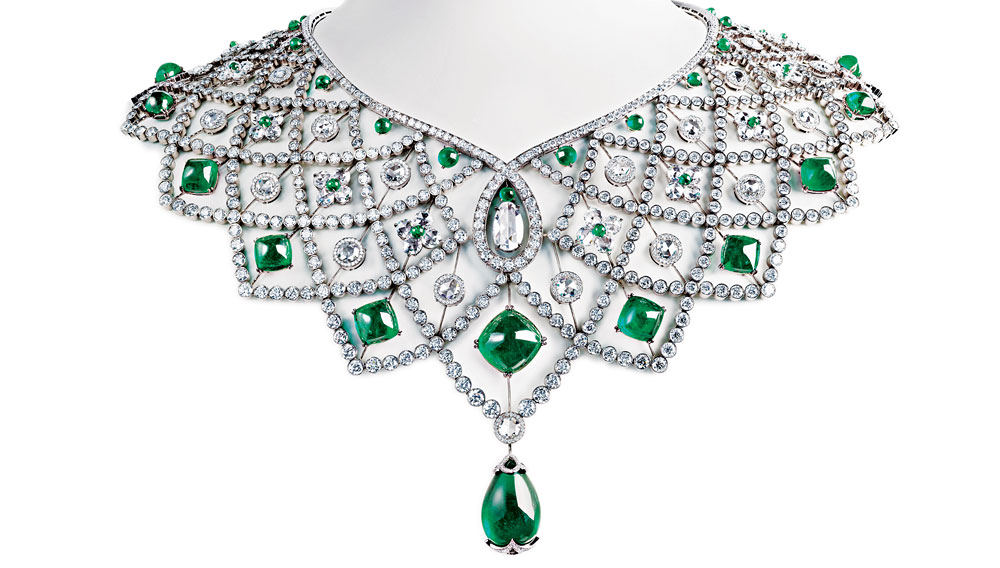 The story line could have been lifted from a fable, or perhaps a Mel Brooks film: During the renovation of a venerable Moscow mansion in 1990, workers opened up a wall and discovered a cache of old candy tins containing a glittering treasure of Fabergé jewels. The house and some of the jewels had belonged to one of Moscow’s richest women, Vera Kharitonenko, the widow of a wealthy sugar trader. The pieces were hidden before she fled the country during the Russian Revolution. A number of them eventually became part of the permanent display at the Kremlin, where they serve as reminders that Peter Carl Fabergé was once the esteemed jeweler to Russia’s imperial house and its aristocracy.

Until recently, that rarefied heritage was overshadowed by the Fabergé brand’s evolution into a maker of mass-market fragrances and egg pendants, the latter based on the jeweler’s ingenious original decorative enamel eggs; but in 2007, Pallinghurst Resources Ltd., an investment holding firm, purchased Fabergé from Unilever and placed the brand under the charge of creative and managing director Katharina Flohr. Since then, Flohr, formerly the fashion director of Russian Vogue, has dedicated herself to restoring the company’s prestige, drawing on Peter Carl Fabergé’s rich body of work as the source of inspiration for a haute joaillerie collection she launched in 2009.

The most recent additions to this collection are pieces inspired by the Kharitonenko cache. Among these new designs from Flohr’s team are extravagant rings that were unveiled in May during the opening of Fabergé’s new Madison Avenue boutique. Rivaling the originals on which they are based, the rings showcase enormous rare emeralds and spinels in feminine diamond settings. Other pieces in the collection are interpretations of 18th-century Fabergé floral and garland motifs, and those that “have a Russian soul inspired by the grand old Moscow style and the Romanoff family,” says Flohr. An intricate, $3.1 million emerald-and-diamond necklace copied from an original Fabergé sketch comprises more than 2,000 stones.

The haute joaillerie collection, as well as a more exclusive line of egg pendants, is sold at Fabergé boutiques, on the company’s website, and at Lane Crawford in Hong Kong. Last year, Fabergé introduced 12 one-of-a-kind egg jewels that, like the jeweler’s fabulous originals, are ambitious in terms of their design, materials, and craftsmanship. And this year, the company has expanded on that egg series and started offering custom egg pendants. Candy boxes, however, are not included.