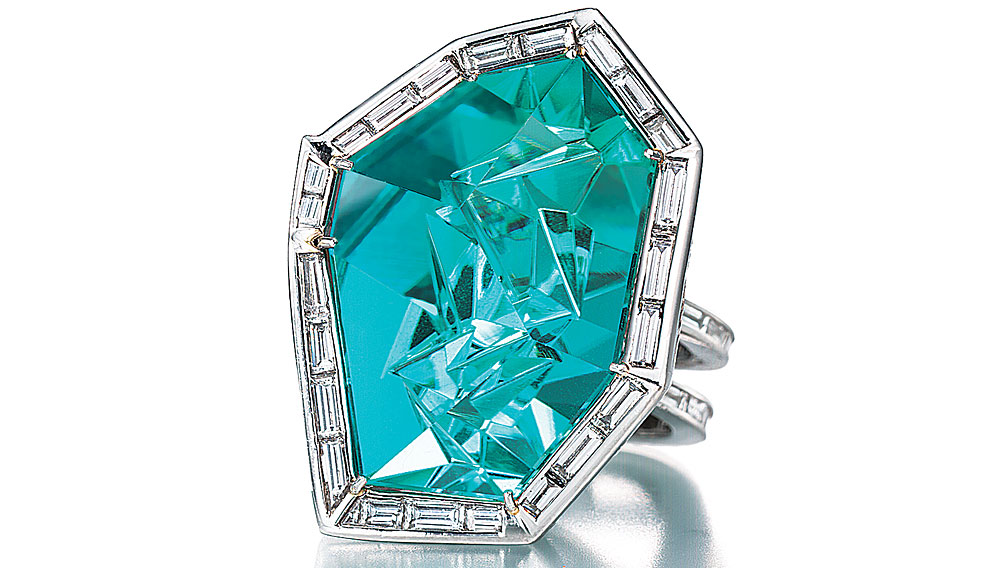 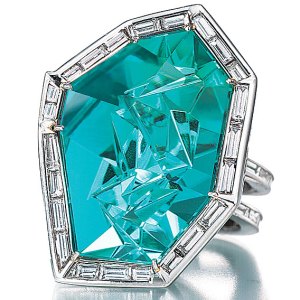 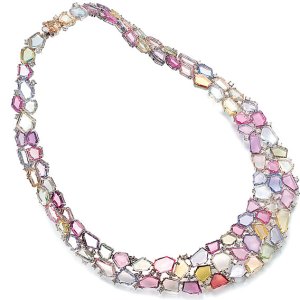 Ziff, formerly a psychiatric social worker, began her fascination with art and jewelry 35 years ago, when she and her husband—the late William B. Ziff Jr., a prominent figure in the publishing industry—traveled the world acquiring examples of pre-Columbian art, as well as antique and ancient jewelry. In 2004 the couple’s penchant for collecting brought them to the gem and jewelry shows in Tucson, Ariz., where, impressed by the selection, Ziff began buying gemstones and minerals by the handful. Soon she had assembled a collection comprising thousands of specimens, many of which she began to incorporate into settings of her own design made by artisans in New York City. At first she meant these pieces for herself, but her avocation gradually took a more serious turn as she accepted commissions from a select group of private clients. Six years after she made her first foray into the jewelry field, she will now display her vast collection at her own Tamsen Z boutique on Madison Avenue, which opens this spring.

During her visits to Tucson, Ziff discovered more than raw materials: She also came across the work of Bernd Munsteiner, the German stonecutter renowned for shaping large, colorful stones into artistic forms. “Munsteiner’s stones inspired my jewelry,” she says. “I prefer sizable jewelry, and his stones gave me the elements to create colorful, large pieces.” One of her most notable Munsteiner designs is an inverted-cut, electric-blue Paraíba tourmaline the size of a strawberry, which she set in an asymmetrical ring and encircled with baguette diamonds.

At present, she is working with a cache of large opals, for which she is developing an outsize setting that will be cast in lightweight titanium. “Opals are my favorite gems,” she says, “because they appear alive, and they’re so mysterious.” Ziff’s love of mystery also carries over into the quest for these treasures. “I love the hunt for wonderful stones,” she says. “I never tire of great gems.”