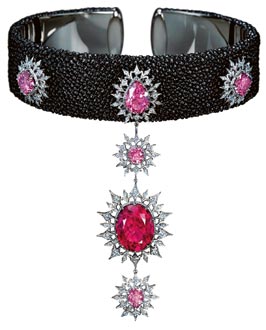 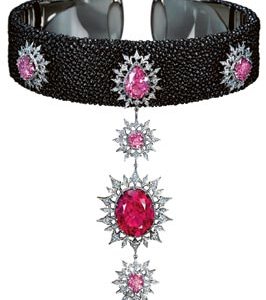 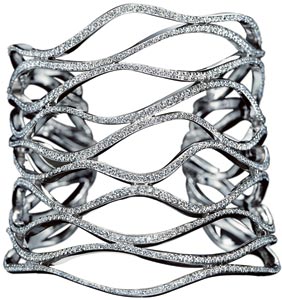 Unlike so many of the jewelry houses that line New York’s Fifth Avenue, the latest to join the ranks is not rooted in Europe’s traditional artisanal centers of Paris or Florence. Instead, it draws on the ancient craft traditions of the Ottoman Empire. Gilan, a Turkish luxury jeweler with boutiques in Bursa, Istanbul, and Ankara, has made its first foray beyond Turkey by opening a by-appointment salon in the Crown Building.

The 2,400-square-foot salon, perched high above the crowds on Fifth Avenue, is distinguished by its sleek B&B Italian leather furniture, ebony wood panels, and expansive glass cases with facades that rise with the touch of a button. While the atmosphere is decidedly contemporary, the jewelry collection also pays homage to Turkey’s rich heritage. Each design represents an ancient Ottoman or Anatolian craft, symbol, or icon expressed in a feminine and modern manner.

Brothers Muharrem and Ferhan Geylan, who have been in the jewelry business since the early 1980s, seek to preserve and share their homeland’s captivating culture through their designs. Gilan’s signature tulip-cut diamonds and gems, for instance, were inspired by the ubiquitous tulip patterns depicted in Ottoman tiles, textiles, manuscripts, and art during the 17th and 18th centuries. The patented tulip-cut gems are used throughout the collection in everything from bold rings to intricately detailed gold and diamond necklaces.

“In Istanbul, we are fortunate to have the time and luxury to reproduce old-fashioned ways of setting stones, such as using silver foil to line the setting of rose-cut diamonds,” explains Ferhan, who established a workshop where local craftsmen are trained in such ancient techniques. The foil, he explains, creates a mirror effect that lends the diamonds even more brilliance.

The Geylans’ jewelry is just one expression of their effort to preserve Turkey’s cultural heritage. In 1999, the family sponsored the renovation of the famous Topkapi Palace, the home of the Ottoman sultans for nearly 400 years. Aside from investing about $1 million in the project, Ferhan supervised every aspect of the renovation to ensure that the palace was restored to its original splendor. The project, he explains, celebrates Turkey’s history and provides an abundant source of inspiration for his own jewelry creations. The brothers are currently exploring similar restoration projects within their homeland. Their mission, they say, is to link Turkey’s past to the present. Meanwhile, they have brought a flavor of ancient Turkish luxury to modern-day New York.