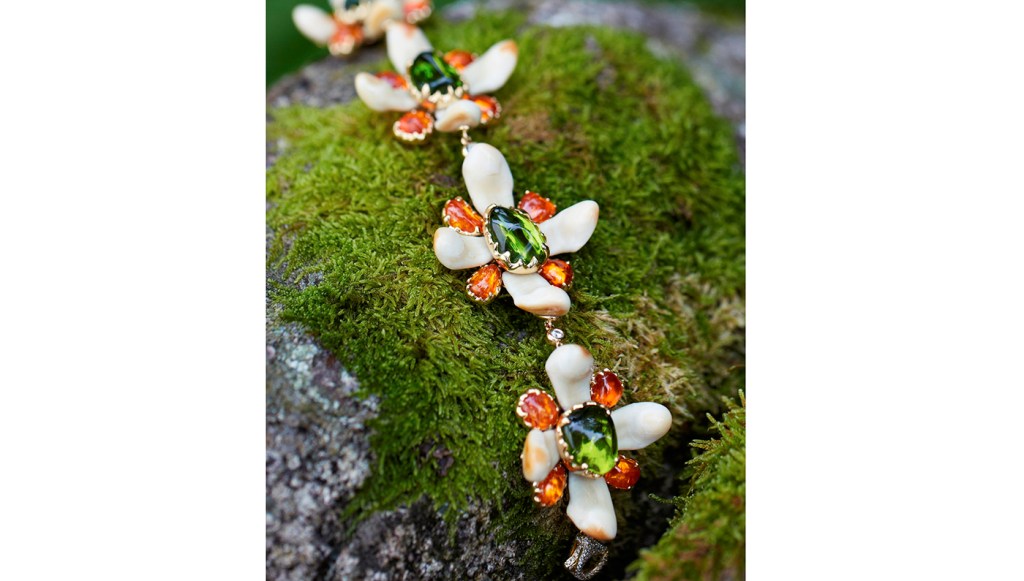 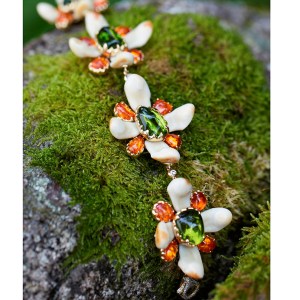 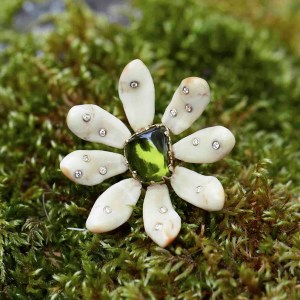 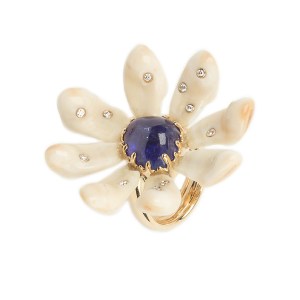 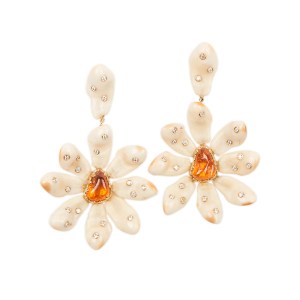 At first glance, Jorie’s jewelry looks like it is made from tumbled stones or white coral, but in fact, they are polished tusks (eye-teeth) from the red stag deer that roam the Scottish Highlands. The collection was created by Jorie Grassie, a London-based jewelry designer who has an 8,000-acre estate in the Scottish Highlands, where she discovered one of the groundskeepers had a jar of tusks. She found the shape and finish of the teeth appealing, and after further research, she learned that people have created decorative adornments with them since the Neolithic Age. In fact, in the Victorian Era, Prince Albert commissioned jewelry for Queen Victoria with tusks from his hunts.

Grassie’s Culachy jewelry collection, unveiled last year and named for her Scottish estate, features the polished tusks in modern-style jewelry embedded with diamonds and colored stones and set in gold necklaces, bracelets, and more. Prices range from $625 to $80,000.

The Culachy collection combines Grassie’s passion for jewelry and stag hunting. She’s been avidly hunting the stag on her property for years and was delighted to know she could use the byproducts in something creative. “By law, Scottish estates have to kill a certain number of red deer every year in an attempt to limit damage to trees, reduce road accidents, and prevent the spread of Lyme disease,” she points out. While the hunting isn’t for everyone, she says most people like the story and heritage behind the jewelry. (jorie.co.uk)