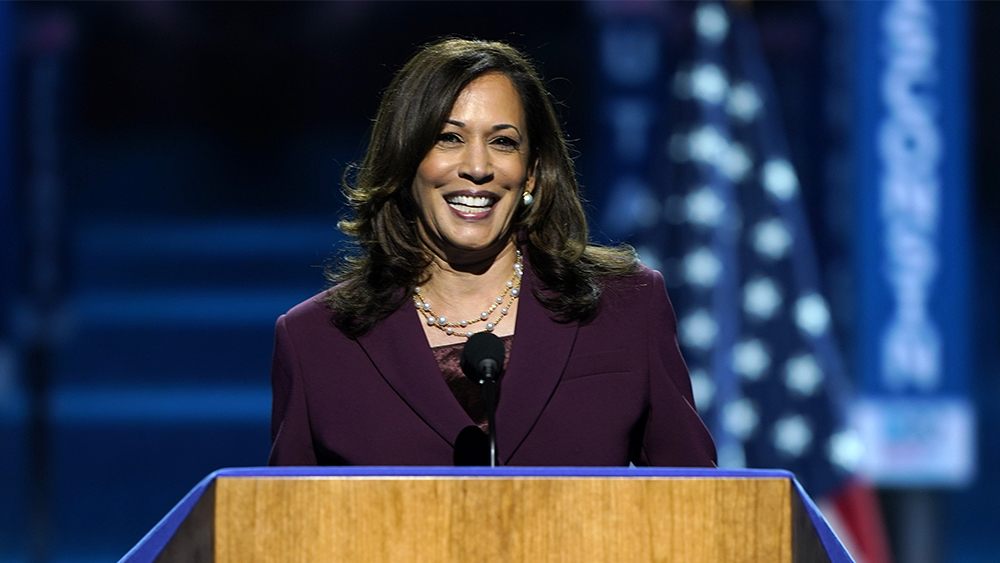 Politicians are not typically known for their style. The de facto uniform of sober, indiscriminate suits is basically a deliberate avoidance of anything that says anything. Accessories, however, allow pols to flash some personality. The Irene Neuwirth pearl necklace that Kamala Harris wore to accept her candidacy for vice president at last night’s Democratic National Convention was a telling choice. It may seem demure but it makes a subtle statement.

Pearls, of course, are as common in D.C. as Corinthian columns or cherry trees. They’ve been an emblem of first ladydom from Martha Washington (who favored tiny natural seed pearls) to Barbara Bush (gobstopper faux pearls by Kenneth Jay Lane) and can regularly be seen on congresswomen and junior aides alike. While Harris’s choice is traditional in its materials, the design is not your standard sweater-set accoutrement.

The necklace by Irene Neuwirth, who’s based in Harris’ home state of California, is a deconstructed riff on a classic strand. It features a playful mix of Akoya and South Sea pearls of varying sizes spaced between 18k gold chain links. These pearls are not Washington as usual. The 34” long style that Harris wore doubled up isn’t currently listed on the brand’s website, but a shorter 18” version is available for $11,480.

Neuwirth, whose designs have been seen on Hollywood power players from Julia Roberts to Maya Rudolph, declined to comment on her design being worn by a woman in the running for the second-highest office in the land. She did, however, take to Instagram, saying: “I am so proud you chose to wear your Irene Neuwirth necklace tonight of all nights. You are smart and thoughtful and confident and inspiring and a boss! What an honor.”

@kamalaharris , I am so proud you chose to wear your Irene Neuwirth pearl necklace tonight of all nights . You are smart and thoughtful and confident and inspiring and a boss! what an honor. Now VOTE VOTE VOTE VOTE VOTE #bidenharris2020

The historic DNC speech was not the first time Harris has sported the jewel. It was there last week when Joe Biden announced her as his running mate, and a scroll through the senator’s Instagram shows it has been her accessory of choice going back at least one year. A bit of digging also reveals that Harris has a penchant for unconventional takes on pearls: another necklace that makes frequent appearances is Marco Bicego’s sautoir with alternating discs of engraved yellow gold and mother-of-pearl. Might Harris be telling us something?

Let me tell you about real strength.

Women in politics have long used jewelry as a tool for slyly expressing their opinions. The maestra of this art form is former Secretary of State Madeleine Albright. In her book Read my Pins, Albright details how she strategically chose her brooches to send veiled messages (such as donning a golden snake for Gulf War negotiations, after Sadam Hussein had called her a serpent). It’s a power move that’s been adopted by the likes of Nancy Pelosi (who wore a Speaker’s mace pin, a symbol of her position, when announcing President Trump’s impeachment) and Lady Brenda Hale, first lady of the British Supreme Court (her diamante spider worn to admonish Boris Johnson is the brooch that launched a thousand memes).

If pearls represent the D.C. establishment, there’s a lot that can be read into Harris’s choice: a nod to traditional values, rendered with a decidedly modern sensibility; a symbol of American aspiration, stripped of any outdated, elitist connotations. It shows reverence while also expressing a willingness to shake things up. At least as far as a politician’s fashion sense goes, that’s an attitude to be admired.