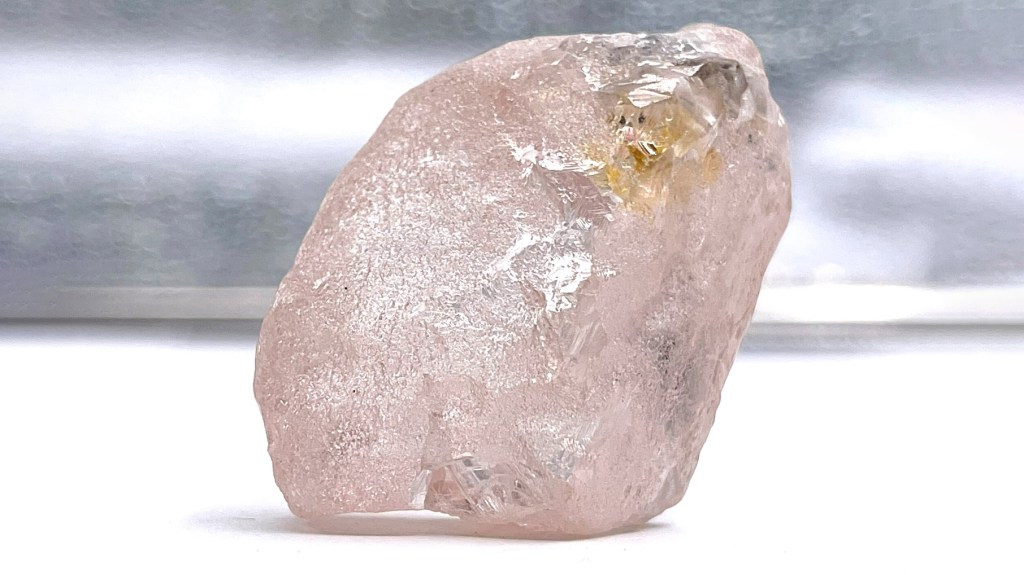 It’s rare to discover a pink diamond, let alone the biggest one in three centuries.

Australian miner Lucapa Diamond Company has unearthed a 170-carat pink diamond that it claims is the largest such stone found in 300 years. Dubbed the “Lulo Rose,” the gem was discovered at the company’s Lulo alluvial diamond mine in the Lunda Norte region of Angola in Africa, according to a statement shared on Wednesday.

The diamond is expected to fetch in the millions at a forthcoming auction run by Angolan state diamond marketing company Sodiam. In fact, it could even eclipse the Pink Star, an internally flawless 59.6-carat pink diamond that sold for a record $83 million in 2013. (It remains the world’s most expensive pink diamond.) Lucapa’s managing director Stephen Wetherall has not provided an estimate of Lulo Rose’s worth as the diamond is still being examined and valued.

“This record and spectacular pink diamond recovered from Lulo continues to showcase Angola as an important player on the world stage for diamond mining and demonstrates the potential and rewards for commitment and investment in our growing diamond mining industry,” Diamantino Acevedo, Angola’s minister of mineral resources, petroleum and gas, said in a statement.

Another look at the massive pink diamond.  Lucapa Diamond Company

With a staff of 400, Lulo is an alluvial mine where stones are recovered from the river bed. According to Lacapa, the site has been commercially producing large, high-value diamonds since 2015. Indeed, Lulo has produced 27 gems over 100 carats to date and two of Angola’s largest diamonds. The largest discovery at the site was the whopping 404-carat “4th February Stone,” which sold for $16 million. The Lulo Rose is the fifth largest diamond to be found at Lulo.

Lacapa’s Mothae mine in Lesotho, meanwhile, began commercial production in 2019 and already accounts for $35 million in diamond sales. The company is now looking at other “priority kimberlites” (igneous rocks) in the hopes of finding more exceptional, high-value diamonds. Only time will tell.