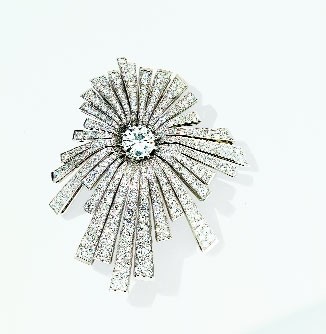 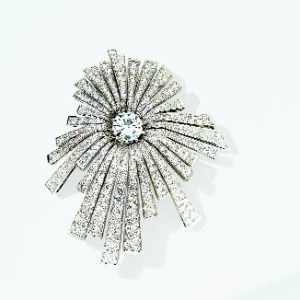 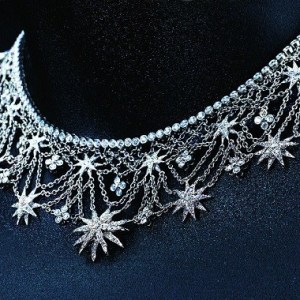 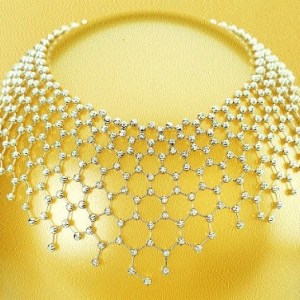 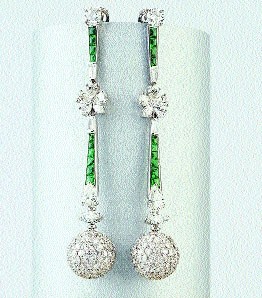 During the dark days of the Depression in 1932, Coco Chanel set out to prove that luxury was not dead. At a time when gloom reigned over glamour, the gutsy fashion designer staged an extravagant showing of her first diamond jewelry collection. The lavish designs included a necklace with a diamond comet and shooting stars falling on the décolletage, and a sunburst brooch sparkling with incandescent rays of light.

The provocative and opulent diamond collection made international headlines. Chanel, who was known for her stylish faux jewelry, professed that the time was right to move into real jewels. “The reason that prompted me to design fake jewelry in the first place was that to me it seemed bereft of arrogance in an age of rather facile splendor,” she said. “This consideration becomes less urgent at a time of financial crisis, when in every aspect of life there reappears an instinctive craving for authenticity, which reduces amusing imitations to their true worth.”

Authenticity, as well as nostalgia, is once again relevant in these unstable times. And the house of Chanel has responded by re-creating the shooting star necklace and diamond sunburst brooch, which form the foundation of its current fine jewelry collection. The landmark pieces will be showcased in Chanel’s first American freestanding fine jewelry boutique, scheduled to open in May on Madison Avenue in New York.

Chanel is not alone in looking to its past for inspiration. Legendary jewelry houses Cartier, Bulgari, and Tiffany & Co. have all recently turned to their archives to rediscover some of the greatest jewelry designs of all time. “The variety of jewelry that was created during the Victorian, Belle Epoque, and Gilded ages—when women loved to dress elaborately—is quite extraordinary,” says Tiffany’s design director John Loring, whose latest book, Louis Comfort Tiffany at Tiffany & Co., will be released in November. “It is a rich field to explore, discover, and reinterpret.”

The desire for vintage jewelry design is as much about style as it is a longing for heritage, says Loring. Like Coco Chanel, he believes that in times of uncertainty, people turn to what is genuine and lasting. “There is something undeniably charming and comforting in jewelry designs from the turn of the 20th century,” he explains. “We tend to think of that period as a more gentle and innocent era. In light of everything that has happened in our world, people are feeling a little sentimental and nostalgic.”

In its own archives, Tiffany & Co. found the impetus for its new Lace collection. Designed by Louis Comfort Tiffany between 1906 and 1910, the Lace jewelry was considered revolutionary at the time. Traditionally, jewelry had been static and rigid, with little movement or flexibility. In contrast, Tiffany explored the use of fine platinum chain in a crochet-stitch design to create soft, open pieces that lay against the skin and moved with ease. “Lace is extraordinarily appropriate for modern times,” says Loring. “It has all that simplicity, fluidity, and sensuality that is important in both fashion and jewelry now.”

In some cases, the new interpretations can be far more beautiful than the originals. Tiffany’s Sunburst motif, for instance, was first made with rose-cut diamonds, which had very little sparkle. But modernized and refined diamond cutting and stone-setting techniques have transformed the Sunburst, which is now fashioned with minimal visible metal and exceptionally brilliant diamonds.

An early-20th-century design also inspired a new Car-tier diamond necklace named Résille, the French word for hair net. The original piece was commissioned in 1903 by Caroline Otero, a dancer and courtesan known for her high-profile lovers, some of whom were European royalty. Otero’s résille necklace was modeled after a famous Marie-Antoinette necklace with tasseled ribbons that draped over the chest like fabric.

“Adapting a unique design technique from the past, Cartier has created a fluid and flexible necklace that embodies the essence of grace and glamour in a very subtle and classic way,” says Alain Viot, president and chief executive officer of Cartier Inc. “This elegant diamond necklace fits closely and comfortably around the neck like a second skin or piece of clothing.”

Responding to the latest trend of long, linear earrings, Nicola Bulgari revisited his uncle Constantino Bulgari’s original pendant earring design from 1924. “It was a daring jewelry accessory for a woman of that era,” says Nicola, the company’s vice chairman. The sleek Art Deco design combined emeralds, rubies, sapphires, and diamonds in bold chromatic juxtapositions with semiprecious stones such as coral, turquoise, and lapis lazuli. The earrings foreshadowed the dramatic design shift that defined the 1925 Exposition Internationale des Arts Decoratifs et Industriels Modernes in Paris, which helped position Bulgari as a trendsetter. “It was during this definitive period that Bulgari placed its emphasis on jewelry rather than silver,” says Nicola, “and thus began a long and rich evolution that led to where we are today.”

By contrast, Italian jeweler and goldsmith Buccellati has never veered far from its roots, continuously building on pieces that were originally created by patriarch Mario Buccellati. Today, the house’s heritage is preserved by his son, Gianmaria, and grandson, Andrea. Buccellati’s signature cuff debuted in the early 1900s, and it remains an enduring style today, defying fashion’s fleeting trends. Recently, the jeweler reintroduced its colorful and bold cushion-shaped Botoletta rings, which first gained popularity in the 1930s. “Suddenly, the Botoletta style looks very new to me,” says Gianmaria, “very right for the younger women who are now requesting more important rings.”

Gianmaria insists that he does not look in his family’s archives for ideas before he sits down to sketch new designs, but he acknowledges history’s undeniable influence. “What comes out of my pencil is typical Buccellati style because I learned it from my father,” he says. “And my son learned it from me.”

Buccellati’s signature is the unique and intricate “honeycomb,” or “tulle” technique, which the house has practiced for 80 years. Drawing on the intricate methods of an ancient art, highly skilled craftsmen use antique tools to systematically pierce solid gold, creating a honeycomb effect—any misstep and the piece is ruined.

“You would never say that Verdi or Beethoven is outdated,” says Gianmaria, who is in his 70s. “There is no reason to change something that is classical and beautifully executed.” And like art and music, when it comes to jewelry, some designs seem to get better with age.