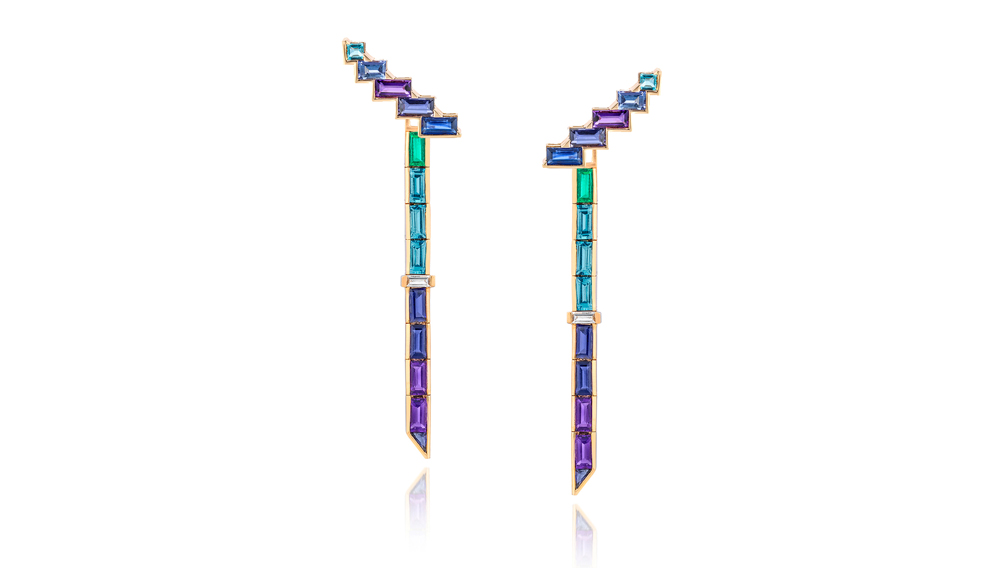 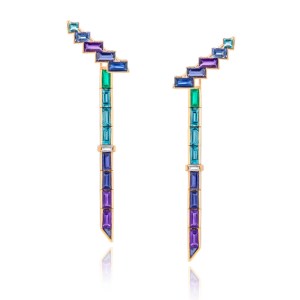 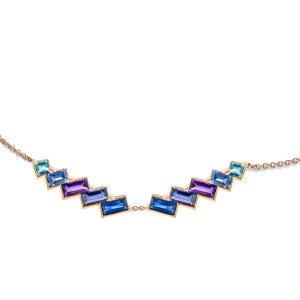 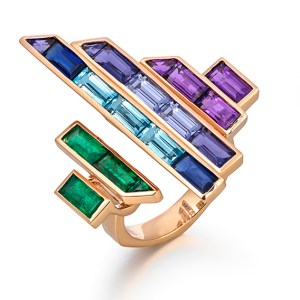 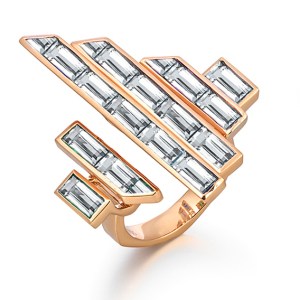 The London designer Tomasz Donocik found inspiration for his latest jewelry collection, Electric Night, in the contrasting aesthetics of the classic 1982 film Blade Runner. “I was always drawn to the film growing up,” he says. “It is set in the future, but there is a strong influence from art deco architecture in the neon-lit buildings. There is a certain dynamic in these forms and lights, which I strived to portray in my collection through the use of baguette stones.” Donocik’s eight-piece collection of rings, necklaces, and earrings center on vibrant gems—such as emeralds, sapphires, and amethysts—crafted into elongated baguettes, a shape that is typically used sparingly in fine-jewelry designs. “There are a lot of designers using round, marquise, and oval stones, but when it comes to the baguette stone, I haven’t encountered them in colored-gem jewelry on the scale that I went for,” Donocik says. Using these stones helped him to capture the striking retro-futuristic visuals in the Ridley Scott film.

In addition to their unconventional silhouettes, several pieces in the Electric Night collection can be adapted for different occasions. For example, the ear cuffs featuring amethyst, tanzanite, sapphire, iolite, and blue topaz can be worn alone as studs or used as a base for a bejeweled, lower-hanging drop bar, transforming them into more formal pieces. These bar extensions can also be used as hanging pendants on necklaces. The Electric Night collection ranges in price from $2,000 to $52,760. (+44.79.16.332.036, tomaszdonocik.com)