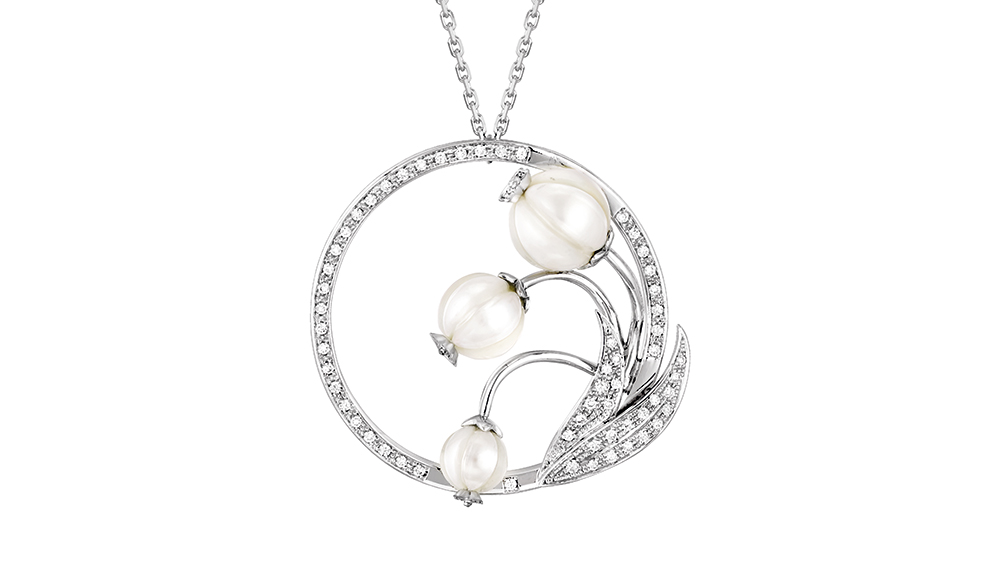 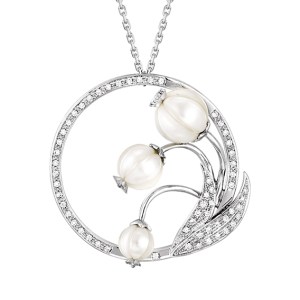 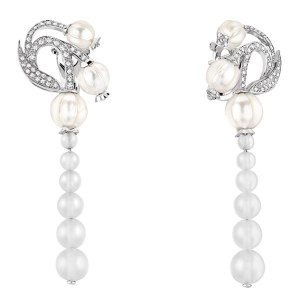 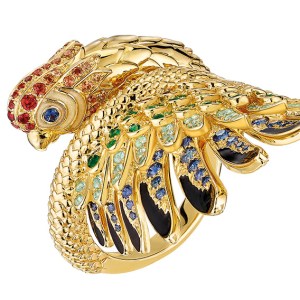 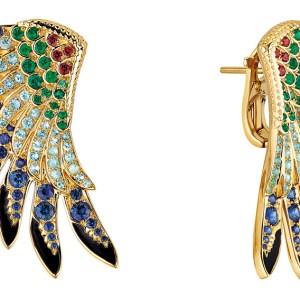 Looking to vivacious 19th-century stage siren Sarah Bernhardt as a muse, Lalique has developed six new capsule collections within the new Lalique La Divine line: Adrienne, Lili, Lily-of-the-Valley, Parrot, Beetle, and Vesta. The designs, which range in price from $3,450 to $48,500, are as extraordinary as Ms. Bernhardt, who became a client of Parisian jewelry artist René Lalique near the turn of the century when he began creating stage jewelry for the actress. Bernhardt went on to lead an intriguing, unusual life, earning high praise from artists like Victor Hugo and Jean Cocteau for her forceful performances, keeping a menagerie of wild animals at her estate, and preferring to learn her lines while lounging in a silk-lined coffin.

René Lalique’s favorite flower, the lily-of-the-valley, is represented in the naturalistic designs in the Lili and Lily-of-the-Valley collections. The organic aesthetic of the rings, earrings, and pendants in these two collections is meant to represent Bernhardt’s early life spent in a convent in northern France. The Lili collection is based on a flower motif Lalique used on a bejeweled crown he made for Bernhardt when she played the role of a princess in 1895. Jewelry in the Lily-of-the-Valley line center on smooth white pearls used to depict the lily’s heavy, fragrant blossoms, captured in the collection’s 12-carat pearl pendant, encircled with 70 pavé diamonds ($8,300).

The vibrant Parrot, Beetle, and Vesta collections honor the actress’s love of exotic animals and her colorful style on and off the stage. Bright-green Paraiba tourmalines and fiery orange sapphires adorn the fanned wings of the Parrot designs, while deep-blue sapphires and entrancing opals are set in white gold on the Egyptian-inspired Beetle creations. For the Vesta pieces, Lalique calls upon mythological influences (one could say Bernhardt was a living myth herself) utilizing dramatic black diamonds, spinel, and smoke-toned mother-of-pearl. (lalique.com)