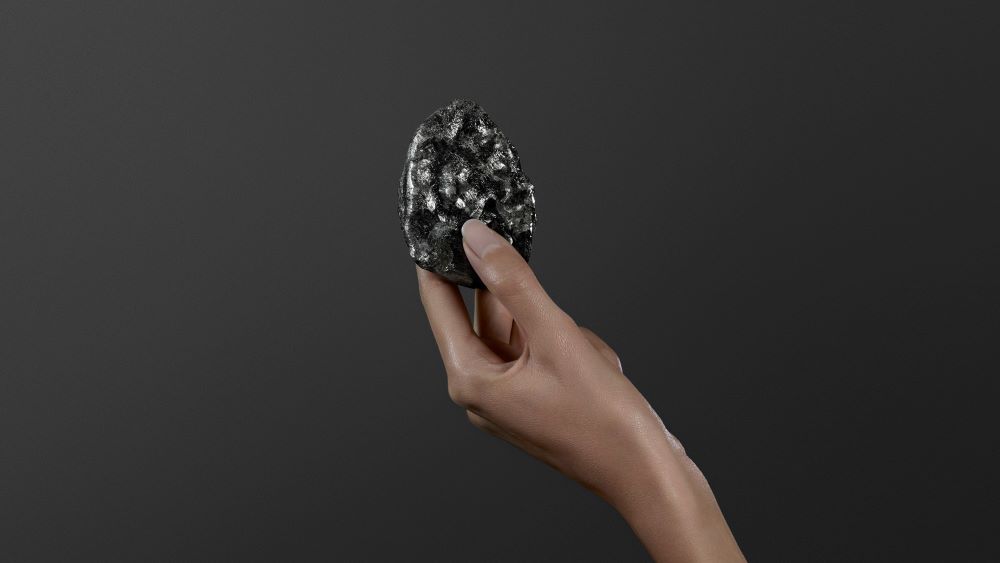 Despite being in the high jewelry game for less than a decade, Louis Vuitton is staking its claim. The French luxury label more commonly associated with monogrammed leather goods has just acquired the second-largest diamond known to man.

Recovered from the Karowe Diamond Mine in Botswana last April, the record-breaking sparkler Sewelô—which means “rare find” in Setswana—is true to its moniker: a 1,758-carat rough diamond and the biggest such diamond to be discovered in a century. Roughly the size of a tennis ball, the stone has been described as a “near gem of variable quality,” meaning it is an industrial diamond with sections that could produce gem-quality stones.

Vuitton purchased the stone from the Canadian mining company Lucara Diamond Corp. for an undisclosed amount and will now set about cutting and polishing individual diamonds for fine jewelry. Lucara has announced that it will invest 5 percent of the retail proceeds generated from the collection back into Botswana through its community-based initiatives.

“We are delighted to be partnering with Louis Vuitton to transform the historic, 1,758-carat Sewelô, Botswana’s largest diamond, into a collection of fine jewelry that will commemorate this extraordinary discovery and contribute direct benefits to our local communities of interest in Botswana,” Lucara’s CEO Eira Thomas said in a press release.

LVMH’s two-pronged approach—acquiring Tiffany and the rare stone—will undoubtedly give the French behemoth a stronger foothold in the jewelry market, allowing it to better compete with the likes of Switzerland’s Richemont Group. Moreover, it will help to increase LVMH’s presence in the United States, its second-biggest market internationally after Asia. We’re certainly not mad about that.