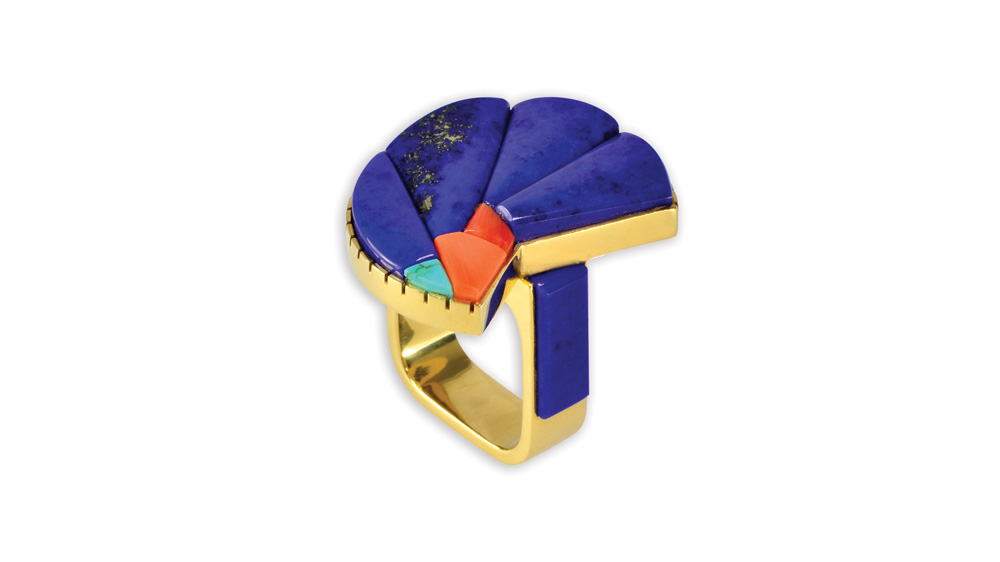 Before presenting jewelry to a client, Mahnaz Ispahani Bartos may spend months or years researching and gathering pieces by an influential jeweler or from a certain design movement. The collector’s curatorial approach creates a narrative and historical context for designs that set the Mahnaz Collection apart from other vintage-jewelry boutiques. “I like to bring lost masters to the fore to tell their story—who made it, when they made it, and the cultural context in which they made it,” says Ispahani Bartos, who last summer moved her growing business from her private studio to a larger, by-appointment gallery on Midtown Manhattan’s East 57th Street.

Her own story is compelling, too. The global policy ​expert turned vintage-jewelry dealer worked for the New York–based Ford Foundation for 10 years before launching her vintage-jewelry collection in 2012. “At the Ford Foundation, our philosophy was to give people voice. That is what I want to do with the jewelry as well,” she says. If policy and jewelry seem unlikely bedfellows, they have a connection in Ispahani Bartos. Jewelry is part of her roots: “I come from a culture where we’re always involved with jewelry. I was raised around jewelers, and it has always been in my life.” Born in Pakistan, she began collecting pieces early, accessorizing her dolls with emerald earrings handed down from her grandmother.

In the 6 years since founding her business, Ispahani Bartos has garnered a loyal clientele who rely on her for a range of vintage jewelry, from examples by revered houses (starting at $7,500) to those of lesser-known jewelry artists (from $2,000). This eclectic mix includes a Mellerio dits Meller brooch with lapis lazuli and diamonds, textured gold rings by 20th-century designer Andrew Grima, and a Van Cleef & Arpels two-headed eagle pendant from the 1970s, to name a few.

Ispahani Bartos is currently focusing her attention on the works of Native American jewelry designers. “What interests me in [Native American] jewelry is the play between tradition and ideas about what is modern,” she says. To date, she has acquired pieces ranging from Richard Chavez’s sugilite mosaic rings and bracelets to Charles Loloma’s textured tufa-cast cuff bracelets and the Yazzie family’s sophisticated silverwork pendants, bangles, and rings. She plans to unveil the exhibition early this year.