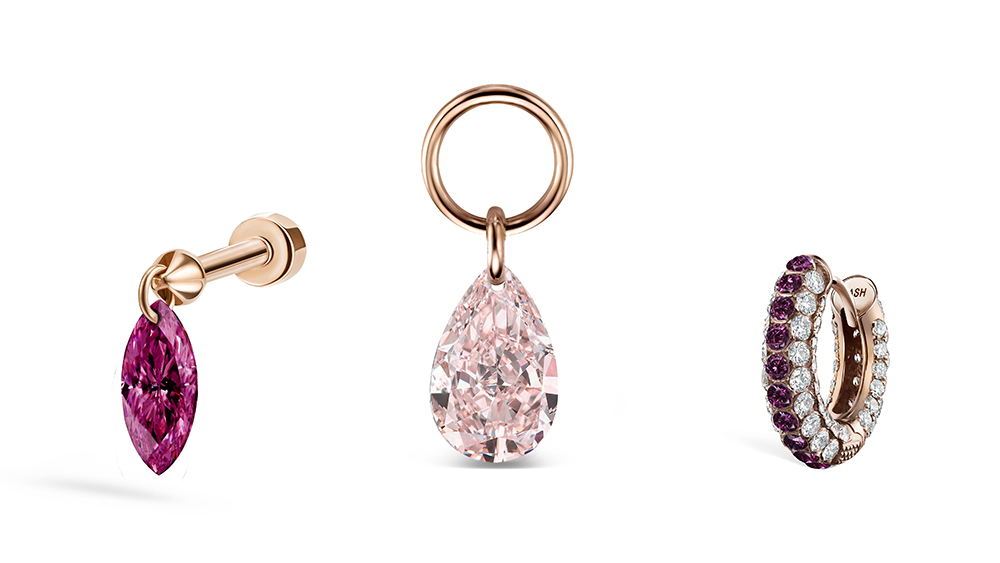 Maria Tash’s just-opened Bal Harbour boutique on 9700 Collins Avenue was conceptualized with the idea that an ear piercing can be an elevated experience.

Known for creating single earrings designed on specific areas of the ear—not only on the lobe, but also tucked into the helix, on the ear’s conch and other areas—Tash has gained a red-carpet following that includes Julianne Moore, Cynthia Erivo, Blake Lively and Rihanna. For her second U.S. location after her Manhattan flagship, the New York-based designer chose Miami’s luxury-focused Bal Harbour Shops (it’s Tash’s eighth boutique worldwide).

“I was determined to keep opening stores despite the pandemic and was thrilled with the opportunity to be part of Bal Harbour Shops,” Tash tells Robb Report, adding that she also possesses fond memories of shopping the retail destination with her family when she was a child. “Spaces do not open up there that often, and I was honored to be accepted into their luxury array. Many of my friends left New York to spend time in Florida during the past year, as it was well known to be an economically strong and free market.”

The 3,300-square-foot boutique is balanced between a trio of designated piercing areas and glass cases featuring Tash’s collection. To celebrate the opening, Tash also has designed a capsule collection exclusive to the Bal Harbour location, an assortment of single-earring designs highlighting colored diamonds in a range of pale pink to a rose-tinged purple in pear, marquise and oval cuts. “I wanted the capsule to feature hard-to-find pink diamonds in various hues,” Tash explains. “I love pink diamonds and realize how special they are, and I thought that stone color and their exclusivity was a great match with vibrant and colorful Miami.”

Prices in the capsule collection range from $685 for a three-stone stud earring featuring rose purple diamonds on up to $46,000 for the 1.29-carat Pink Pear Floating Diamond Threaded Charm Earring. Tash calls the latter design “a hybrid of a charm and a fixed stud. There are clever and discrete mechanisms holding the stones so that they appear to float and move, for an effect never seen before.” Finger rings and necklaces also have been designed to complement the collection, Tash adds.