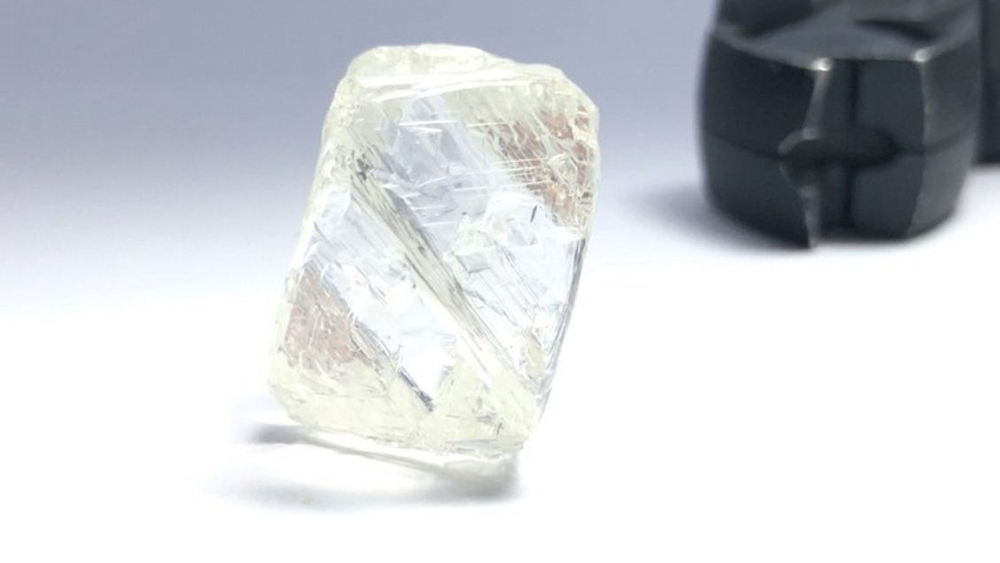 Canada’s Gahcho Kué mine has unearthed its largest diamond yet, a 95.31-carat white octahedron. The 1,200 hectare mine, which is co-operated by De Beers and Mountain Province Diamond Inc., officially opened in September 2016 and commenced commercial production in March of last year. This latest discovery is the fourth largest stone to come out of Gahcho Kué. Last year it produced two other big gems, weighing in at 58 and 68 carats. The mine is expected to produce in excess of 50 million carats of rough diamonds over its life span.

The largest gem ever unearthed in Canada was the 187.7-carat Foxfire, which came from the Diavik mine, located west of Gahcho Kué, in 2015. While its selling price was never disclosed, Foxfire had an estimated value of $10 million.

This newly discovered gem, which at press time had not been given a name, will be presented for sale this month at Mountain Province’s rough diamond tender in Antwerp, Belgium. Viewings are scheduled for June 11 through 22.

The largest diamond ever found was the Cullinan, which (in its rough form) weighed in at more than 3,000 carats or 1.33 pounds. After its discovery at the Premier Mine in Pretoria, South Africa, in 1905, the gem was cut into nine large stones and 100 smaller ones. Its largest cut is the 530-carat Cullinan I/Star of Africa, which is now part of the United Kingdom’s Crown Jewels and was mounted in the head of the Sovereign’s Sceptre with Cross.

While this most recent discovery at Gahcho Kué is a thrilling omen for De Beers’ Canadian mining enterprises, the planet’s largest top-quality diamonds are still primarily found in Africa. Southern Africa’s Letšeng mine is world-renowned for producing large, high-quality diamonds that have the highest average selling price in the world. Earlier this year, a 910-carat diamond from the Letšeng mine sold for $40 million.