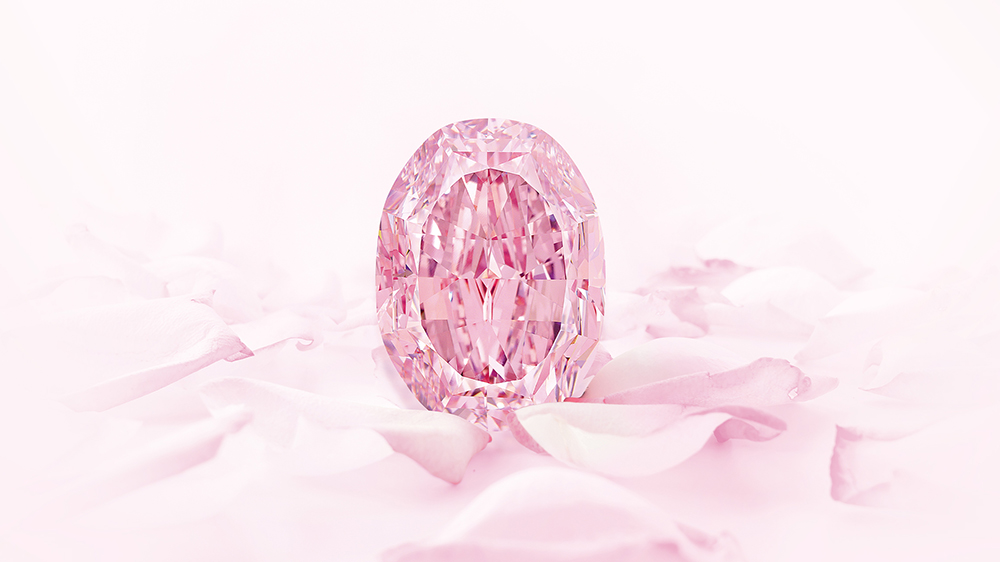 One bidder really got into the spirit at Sotheby’s latest auction. A 14.83-carat fancy vivid type IIA purple-pink diamond, nicknamed “The Spirit of the Rose,” sold for a staggering $26.6 million and set a new auction record in the process.

The coveted rock hit the block at Sotheby’s “Magnificent Jewels and Noble Jewels” sale in Geneva on Wednesday and was snapped up by an anonymous buyer, who placed the winning bid over the phone. The gem, which was the largest of its kind to come to auction, failed to reach its high estimate of $38 million yet still set a record auction price for a purple-pink gem, according to Sotheby’s.

Of course, this is no ordinary ice. The sheer size and flawless internal structure of “The Spirit of the Rose” renders her quite unique. In fact, 99 percent of pink diamonds are under 10 carats. The stone was cut from the largest pink rough ever mined in Russia. “Nijinsky,” which was named after a ballet featuring dancer Vaslav Nijinsky, was unearthed by the Alrosa mine from the Ebelyakh deposit in the Republic of Sakha (Yakutia) in the northeast of the country back in 2017. It weighed an incredible 27.85 carats before it was cut.

“The Spirit of the Rose” auction.  Sotheby's/The Image Gate

The painstaking cutting process took a full year to complete before the diamond could even be polished. The work was carried out at Alrosa’s factory in Moscow. The finished product sold in Geneva represented Russia’s most expensive diamond, according to Alrosa.

“The Spirit of the Rose caught the imagination of everyone who had the chance to see it,” Benoit Repellin, Head of Sotheby’s Geneva ‘Magnificent Jewels’ auction, said in a press release. “It fully deserves the price achieved tonight, which is also a testament to the growing appreciation, and awareness of the great scarcity of pink diamonds around the world.”

Sotheby’s “The Spirit of the Rose” Purple-Pink Diamond.  Courtesy of Sotheby's

Indeed, once the Argyle Mine, the largest supplier of high-quality pink diamonds, closes for good this year, these stones will become even more limited and even more prized. In fact, they’re already skyrocketing in value and being eyed by collectors for their ROI potential.