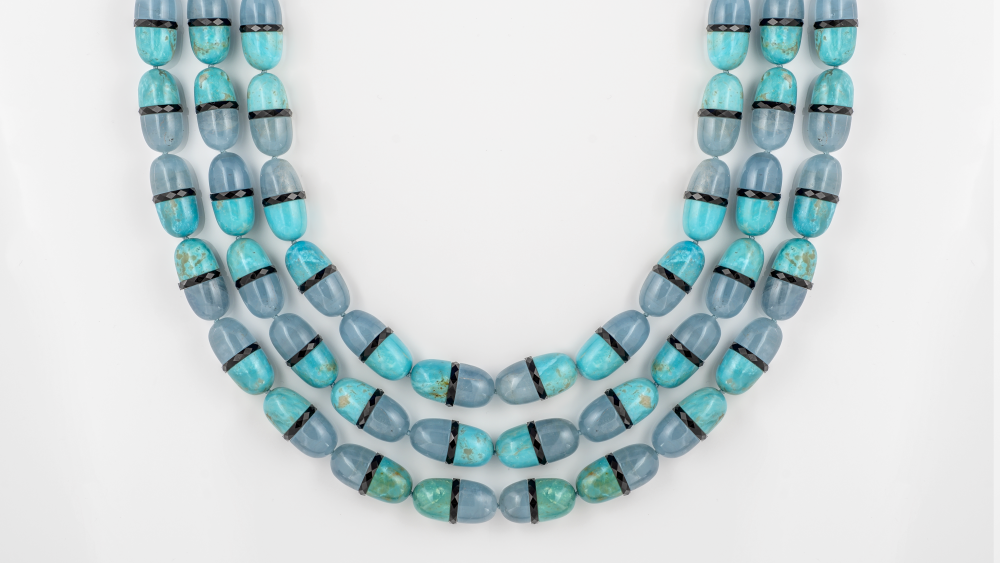 Brexit may have the UK on edge these days, but that doesn’t mean Londoners have all lost their sense of humor. Take Cora Sheibani, for instance: The Swiss-born, London-based jeweler is having plenty of fun with her bold pieces influenced by everyday objects, from her Pill collection—which pairs carved gemstones like turquoise and aquamarine with faceted bands of smoky quartz to create multicolored pill-shaped beads strung into necklaces—to her assemblage of rings and bracelets resembling cupcakes, cacti, and clouds.

Sheibani’s irreverent style might be just the thing we need to take our minds off more serious subjects. And she isn’t alone, as more and more independent designers deign to disrupt London’s old-school jewelry scene, which has long been dominated by heritage brands boasting royal warrants.

Noor Fares’s designs may carry an air of mysticism—chalk it up to her many trips to India—but her jewelry is as playful as it is exotic. The defining piece from her newest collection, called Prana, is a bespoke eye pendant, handpainted by an Italian miniaturist to mimic its owner’s own iris.

Alice Cicolini is having a good time, too, using a rare combination of Indian enameling techniques and British goldsmithing to craft designs—rings in lacquer, handcarved ebony, and engraved and enameled Japanese kimono patterns, among them— that appear innovative and antique all at once. Clearly, tradition has gone out the window, replaced with styles that are more daring, less formal, and even a little entertaining. It couldn’t have come at a better time.

Alexander Calder, Constantin Brancusi, and Pablo Picasso are among the muses that have inspired Anissa Kermiche’s sculptural pieces.

Designer and bench-jeweler Ming Lampson portrays her passion for unusual stones and glorious color in a beautifully refined style.