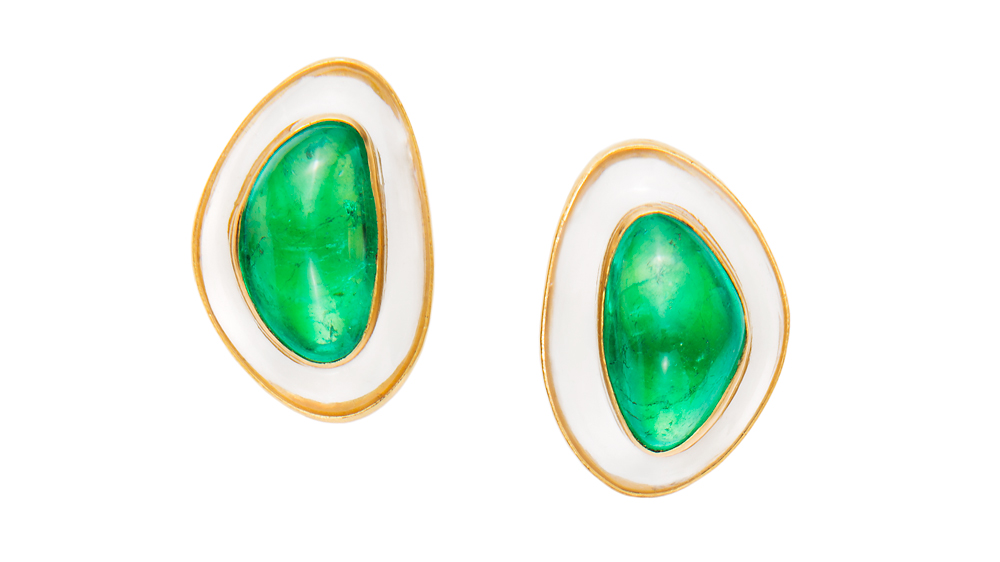 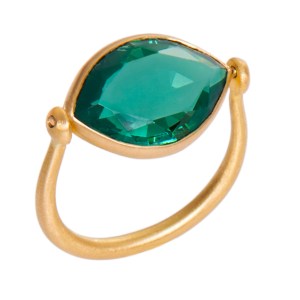 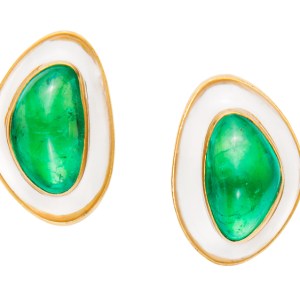 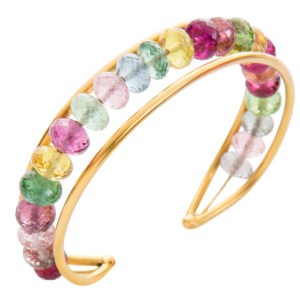 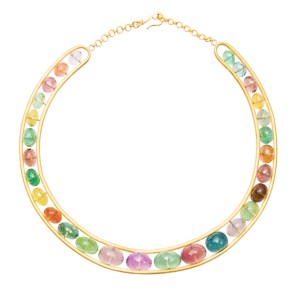 Siddharth Kasliwal, creative director for Munnu The Gem Palace, divides his time between his native Jaipur—working closely with a team of artisans to create colorful Indian jewelry—and New York City, where he mingles with clients and friends, many of whom are loyal customers. It’s a contrast of two cities and two cultures that feeds his creative spirit. In Jaipur, he meets with India’s grand families and customizes elaborate jewelry suites for weddings and festivities. India is a culture that still imbues jewelry with great importance in ceremonial rituals, and high-quality rubies, emeralds, and diamonds are coveted as symbols of prosperity and good fortune. Apart from its popularity in South Asia, Kasliwal’s exotic Indian jewelry is equally admired among Americans who typically prefer a more understated look but still want the colorful Indian spirit.

To appeal to this clientele, the 33-year-old designer portrays the colorful Indian image through a new series of everyday multicolor tourmaline floral designs that were unveiled in New York this month. “This is more for our American clients who want the Indian design but desire more everyday jewelry,” says Kasliwal. His American customers also favor large diamonds, such as the old-mine-cut diamond earrings—over 5 carats each—in a setting of calibrated rubies, or a pair of 10-carat-each diamond earrings set amongst emeralds and diamonds. He’s always searching for old-mine-cut diamonds because he says they appeal to an international audience who appreciates the uniqueness and rarity of the cut. In contrast, for large Indian weddings, he creates elaborate sets of jewelry that include matching earrings, necklaces, and bangles. Popular among international women right now are long tassel necklaces and earrings—and diamonds are always in favor.

As the ninth generation in a long legacy of Indian jewelers who began as stonecutters in the 16th century before moving to Jaipur in 1727 to serve the Indian royals, Kasliwal is charged with sustaining the family heritage while evolving to appeal to today’s increasingly well-traveled clientele. It was his father, the late Munnu Kasliwal, who cultivated an international following of royalty and celebrities, many of whom visited the family’s shop while traveling in Jaipur. Now, Munnu The Gem Palace is an established jewelry house with an appeal that goes well beyond Jaipur, and its newest collection reflects that international sensibility.