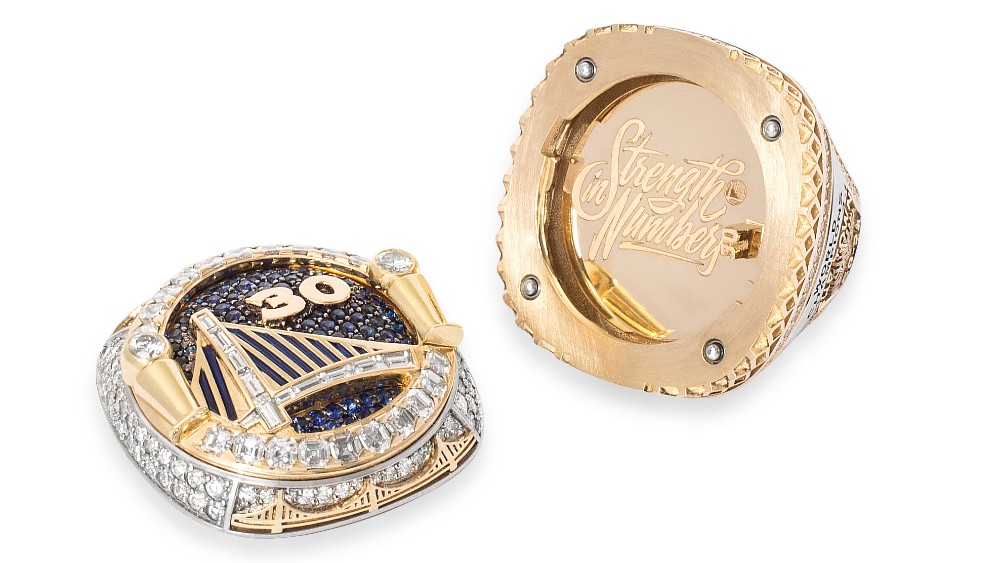 After a thrilling 114-110 victory over the Golden State Warriors in Game 6 of the Finals, the Toronto Raptors are NBA Champions. Now comes the hard part.

While some may think that the first Canadian NBA Champion’s most pressing concern is re-signing Finals MVP and soon-to-be free agent Kawhi Leonard, the team shouldn’t forget something it has more control over—the design of its championship rings. A tradition that dates back nearly a century, the championship ring has become more and more of a thing in recent years, especially in basketball.

While the idea of championship keepsakes goes back even further, the first championship rings were awarded to the 1922 New York Giants baseball team. By the next decade, it had become a tradition, eventually spreading from MLB to the other major North American sports leagues, including the NFL, NBA and NHL. And since each league only presents one championship trophy to its title winner, rings have come to symbolize an individual player’s stake in team championships, perhaps best epitomized by Michael Jordan’s six.

Now firmly established as an American sports tradition, championship rings have also become big business. The industry is dominated by two companies, Jostens, which was acquired for $1.3 billion last year, and L.G. Balfour. The two jewelers have combined to produce the majority of championship rings for the four major sports leagues. But the companies have faced stiff competition in recent years from Tiffany & Co. (who designed the Seattle Seahawks’ Superbowl XLVIII rings), Baron (the 2016 NBA Champions Cleveland Cavaliers rings) and perhaps most notably Jason of Beverly Hills.

Founded by Jason Arasheben in 2002, the company has added some much-needed personality to a previously cookie-cutter craft. For decades prior, most championships rings basically looked the same—gaudy baubles made of yellow or white gold, encrusted with diamonds and usually featuring the team name, logo and championship number in block script. But in its work with the Golden State Warriors, Los Angeles Lakers, and Atletico Madrid soccer team, Jason of Beverly Hills has pushed things forward, creating once-in-a-lifetime jewelry that capture the essence of what made their wearers champions.

It’s something Arasheben credits to his relationship with athletes, over 300 of whom he already makes jewelry for worldwide. That’s why players have gone to their teams and asked them to turn the design of the rings over to him. In an email to Robb Report, the jeweler wrote: “These guys aren’t just clients, they have become friends, so I know what they like and dislike, and that gives me a unique advantage. We also aren’t afraid to think outside the box and push the limits of traditional jewelry. They like our contemporary take on jewelry and our ability to tell stories through design in innovative ways.”

That sense of innovation pervaded his designs from the start. His first championship ring, for the 2009 Los Angeles Lakers, incorporated the game ball into the design. As novel as that may have been 10 years ago, it was nothing compared to the ring he made for the 2018 Golden State Warriors. That ring features a reversible top with each player’s number, subtle nods to the team’s back-to-back titles, and also included the team’s beloved “The Town” logo. That kind of creativity and attention to detail are why half of the NBA champions over the last decade have trusted the company with making their rings. Might the newly crowned 2019 Raptors as well? It certainly doesn’t hurt that the team’s biggest fan, and Global Ambassador, Drake already has a working relationship with Arasheben.

As for which ring is his most memorable, Arashaben gave Robb Report the same answer as so many athletes have before, writing, “The first ring is always special, so the Laker ring in 2009 will always hold a special place in heart. We were a smaller company and we had beat out the giants to design our first Championship ring. It was a really big deal and still is.”