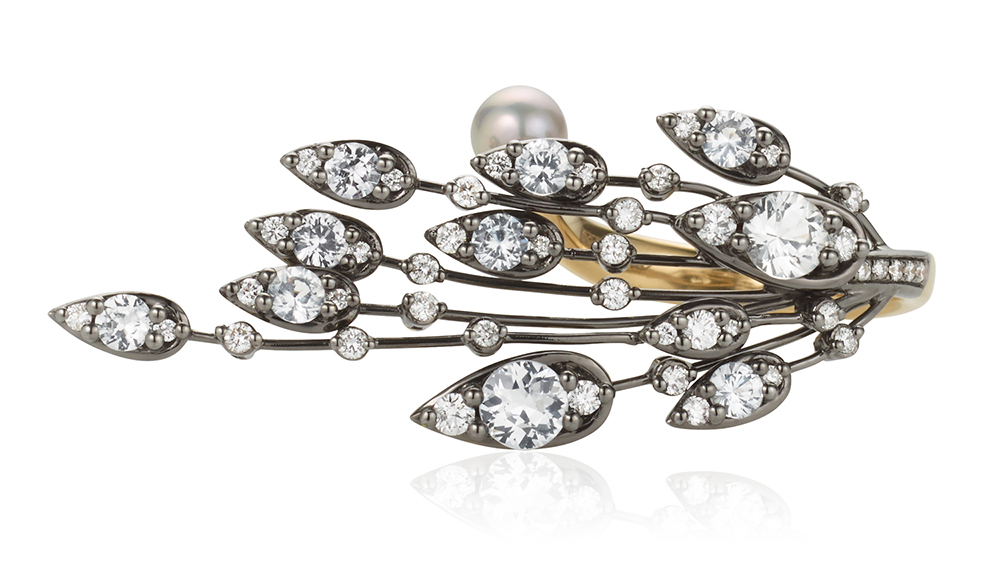 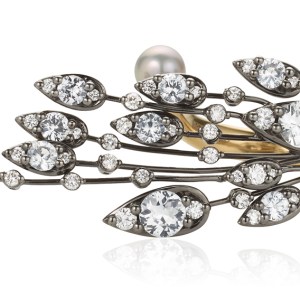 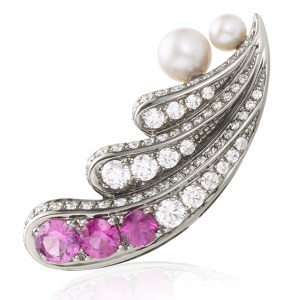 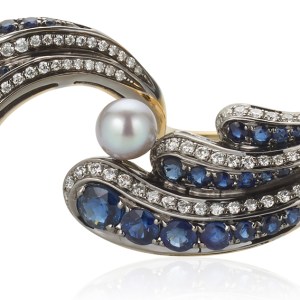 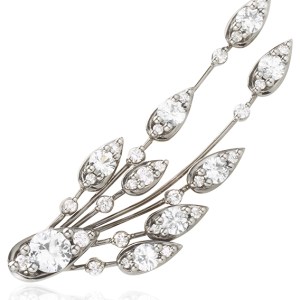 The latest creations from the jeweler Nicholas Lieou borrow a chapter from ancient mythology that recounts the story of Daedalus and his son Icarus. The two escaped captivity by flying away on wings built from feathers and wax. Though warned that his wings would disintegrate if he flew too close to the sun, Icarus ignored good counsel and fell into the sea.

To capture each stage of the journey, from exodus to descent, Lieou’s collection ($4,200 to $45,000) uses wing motifs in different states. One pair of earrings suggests the start of the flight with curvaceous 18-karat-gold wings blanketed entirely in diamonds and pearls. A ring with lean, spare lines, darkened surfaces, and scattered gemstones alludes to the deterioration of Icarus’s wings. And a strand of gray pearls subtly references his fall with accents of fire-red ruby and diamonds set in black and yellow gold.

The designer himself is just taking flight after growing up in Hong Kong and studying in Germany, Singapore, and San Francisco, as well as at London’s Central St. Martins and the Royal College of Art. He apprenticed under established stars including Shaun Leane and Lara Bohinc, and two years ago he struck out on his own. With skilled jeweler’s hands and a clever imagination, the New York–based Liu has already attracted loyal followers. (www.nicholaslieou.com)