Looking for Robb Report UK? Click here to visit our UK site.
×
By Anita Too 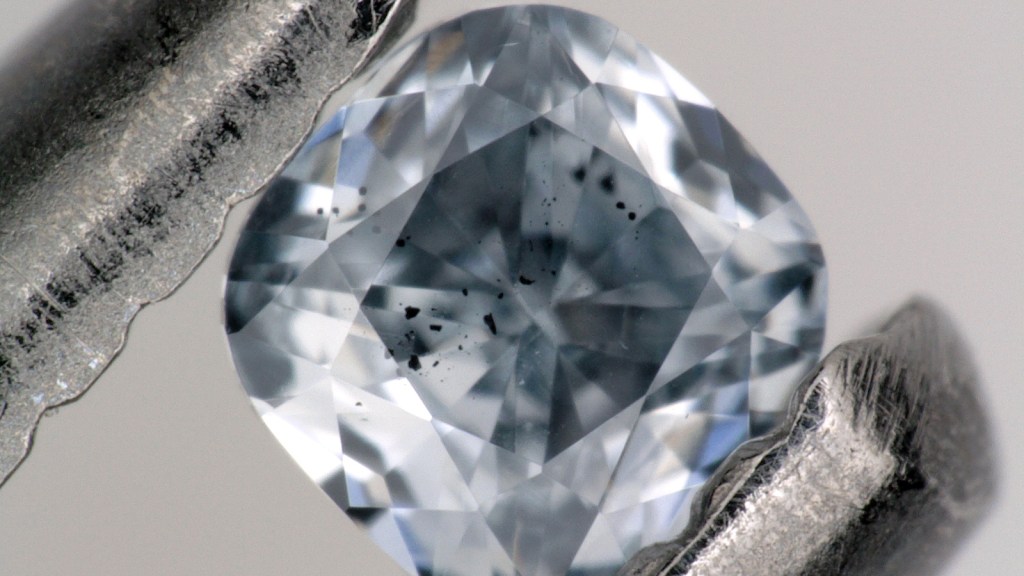 Rare, mysterious, and beautiful, blue diamonds are among the most coveted gems on earth. They’ve continually garnered top dollar at auction—in 2016 the Oppenheimer Blue Diamond sold for a record-setting $57.5 million, topping the sale price of the Blue Moon of Josephine, which crossed the block for $48.4 million the previous year. While the blue jewel has been at the top of collectors’ lists for centuries, its exact origins have remained a mystery—that is, until inquiring minds at the Gemological Institute of America (GIA) set out to quite literally uncover what makes this dazzling diamond so special.

A new study, published this year in the August 2 issue of Nature, reveals that blue diamonds derive their color from minute quantities of the element boron. Mineral inclusions within the jewels show that they formed in deeply subducted oceanic plates that are “superdeep.” Remarkably, the boron atoms contained in these gems may have originated from ancient oceans.

“These blue diamonds come from roughly four times deeper in the earth than most other kinds of gem diamonds,” says Evan Smith, a geologist and research fellow at the GIA in New York. Smith, alongside researchers from the Carnegie Institution, the University of Cape Town, and the University of Padova, used a variety of analytical techniques to examine the mineral inclusions in 46 blue diamonds submitted to the GIA for identification and grading over a two-year period. Their research concluded that blue examples form around 410 miles below the earth’s surface—about four times as deep as other diamonds. “From a geological standpoint, that’s really surprising—I mean these are a completely different kind of diamond, really.”

With this discovery, blue diamonds have further solidified their position as one of the planet’s rarest and most desirable gems, and it stands to reason that their demand will maintain an upward trajectory due to their rarity. Hence, the awareness of this research is salutary in making smart investments. “Now that we’ve figured out that they form exceptionally deep in the earth, there’s really no way that we can access more of them,” notes Smith. “We’re at the mercy of nature.”