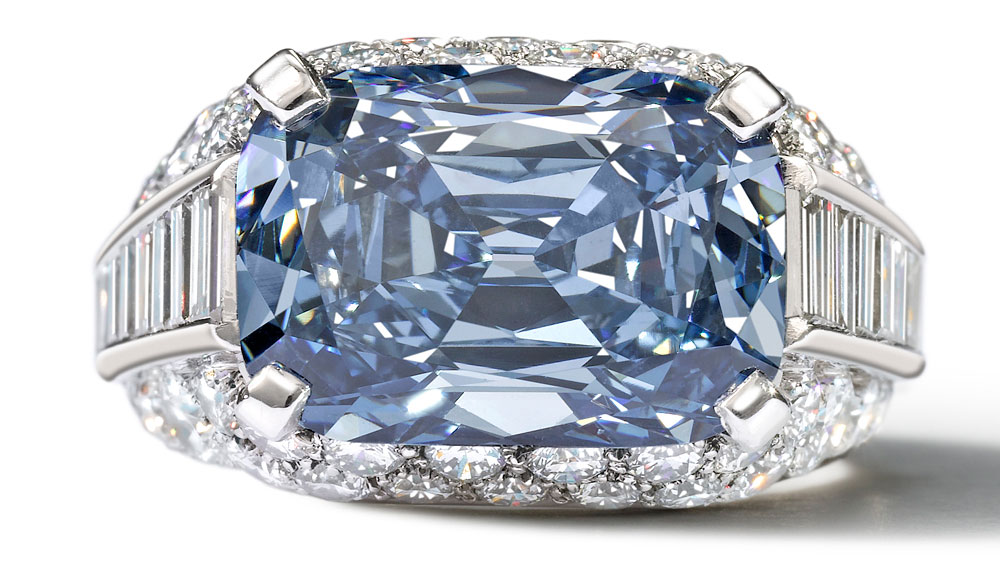 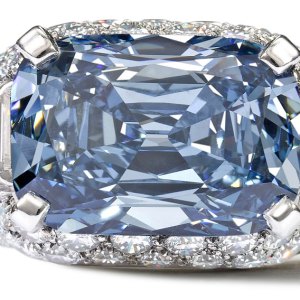 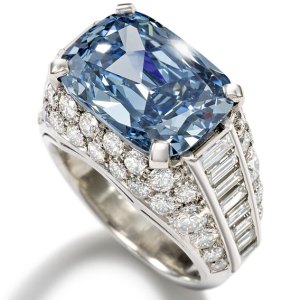 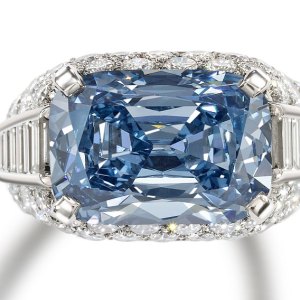 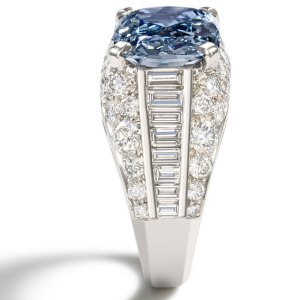 Blue diamonds account for less than one percent of all mined diamonds, and thus a fancy deep-blue one is considered an exceptional discovery—which is why Bonhams’ offering of a 5.30-carat deep-blue diamond ring is making news. The stone will be on the auction block at the firm’s April 24 Fine Jewelry sale in London. The cushion-cut diamond sits in an elegantly simple circa-1965 Bulgari ring, surrounded by white diamonds. The ring is expected to fetch from $1.5 million to $2.2 million—though it has the potential to command an even greater amount, based on past results. In September 2011, Bonhams sold a 3.78-carat vivid-blue diamond (the most saturated color rating) ring also by Bulgari for over $2.8 million—more than double its presale estimate. Although deep blue is one step down on the diamond color-rating chart, the current gem’s extraordinary size may also result in a similarly surprising sale. (212.644.9001, www.bonhams.com)