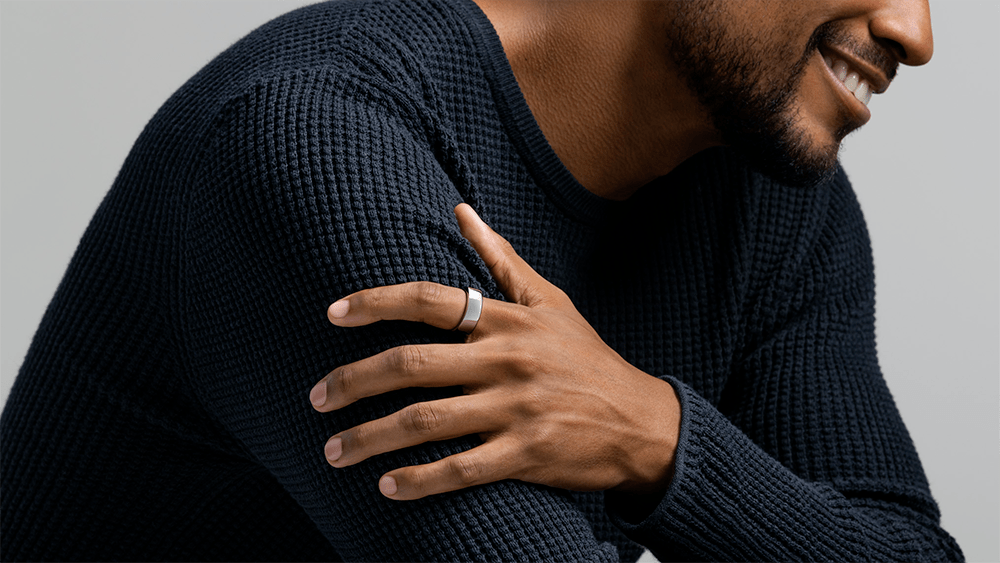 In 2021, the most coveted ring of the moment has no diamonds, but it may be able to tell you whether you have Covid-19.

The Oura Ring, which Robb Report has previously recommended for sleep tracking, utilizes advanced sensor technology to deliver precise, personalized health insights straight from your body to a mobile app. Like other smart fitness devices, it can track your temperature, heart rate variability and sleep efficiency, but a new study suggests it may also be capable of detecting Covid-19 in its earliest stages.

Last year, researchers from the University of California, San Francisco trialed the ring with nearly 65,000 health care workers and participants. The study looked at whether data such as body temperature, along with a daily symptom survey, could detect the early onset of the virus.

The initial peer-reviewed results, which were released on December 14, found that the smart ring’s continuous temperature monitoring could point up illnesses such as Covid-19, even in cases when infection is not suspected. The researchers reported that fever was identified in 38 of the 50 participants when symptoms were unnoticed.

While it’s not known how effectively the smart ring can detect asymptomatic Covid—the number of participants was too small to extrapolate for the whole population—researchers said they were encouraged that the smart ring could detect illness even when symptoms were subtle.

“The device, which may be a better illness indicator than a thermometer, could lead to earlier isolation and testing, curbing the spread of infectious diseases,” USCF’s announcement said.

Unsurprisingly, the $299 ring has become the wearable of choice for pro athletes and other people of means. Following the first lockdown, the NBA and WNBA purchased Oura Rings by the thousands for their players and now combine the ring’s results with daily swab testing to detect Covid, according to Wired. NASCAR has also jumped aboard and is using the smart ring for drivers and staff.

The Oura Ring has also had some high-profile endorsements. Everyone from Prince Harry to Lance Armstrong to Twitter’s Jack Dorsey has been spotted sporting the ring. In fact, the company has already shipped more than 300,000 rings worldwide, according to the Telegraph.

Of course, it worth noting that the Oura Ring isn’t going to send you a notification saying you have Covid-19. Rather, it notifies you if your biometrics deviate from the norm, which could indicate illness. As vague as that may sound, it’s valuable information, especially amid Covid’s second wave and the arrival of flu season.

The ring itself is forged from lightweight titanium and is both scratch- and water-resistant. It’s available in four different finishes from classic silver ($299) to flashy gold ($399). You can peruse the designs here.