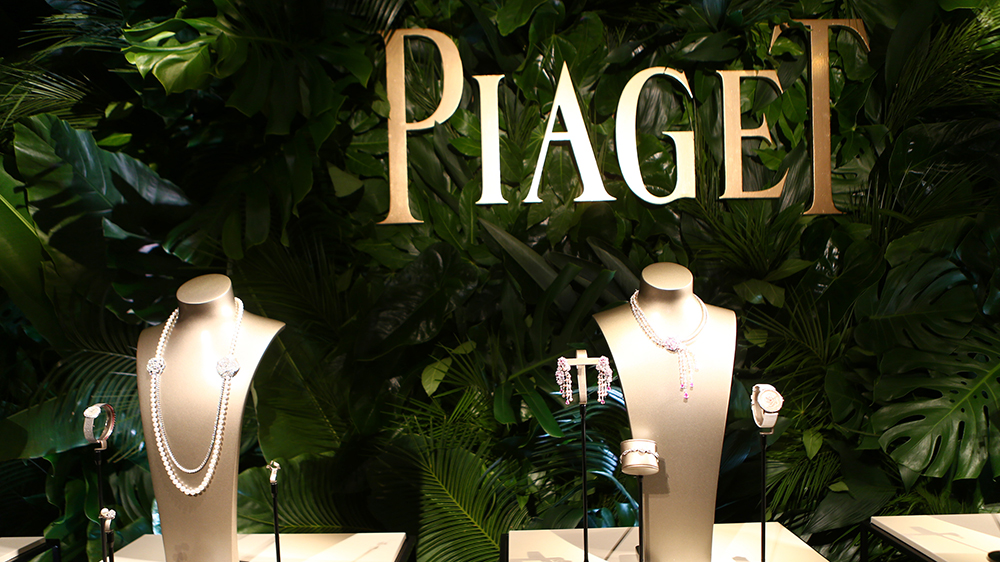 A thief made off with nearly $1 million of Piaget jewelry this weekend. The bold, disguise-wearing robber’s weapon of choice? Little more than a spray bottle.

The brazen robbery happened in broad daylight at Manhattan’s Hudson Yards on Sunday, according to the New York Post. The thief was reportedly a man disguised as a woman, browsing around the brand’s boutique in the high-end shopping center when he stole three pieces of jewelry valued at over $800,000.

According to the tabloid, the culprit was in the store shortly before 4 pm on Sunday afternoon when he asked a salesperson if he could look at a $21,000 necklace. As the sales clerk was pulling out the piece of jewelry so he could take a closer look, the clerk noticed that the man, who was reportedly wearing a burqa, was also holding on to two of the brand’s watches. When the clerk asked the thief why, the man allegedly pulled out a spray bottle and sprayed an unidentified substance in the direction of the clerk. He then grabbed the necklace and ran out of the store.

The Post reports that it was told by police sources that the robber’s haul is believed to be worth $800,600. In addition to the necklace, the report states that the thief also made off with watches worth $715,000 and $64,000 respectively. A representative for the NYPD’s 10th Precinct, where Hudson Yards is located, declined to comment on the heist when reached by Robb Report.

Hours after the crime took place, Hudson Yards reportedly sent an email warning tenants to be on alert in light of the robbery, according to the Post. Reps for the the jeweler and development did not respond to a request for comment from Robb Report.

This robbery is just the latest jewelry heist in Manhattan. Late last summer, three gun-toting thieves knocked off a jewelry store in the borough’s Diamond District. In the nearly six months since the $4 million robbery, only one arrest has been made in the case, and the alleged ringleader remains on the lam.