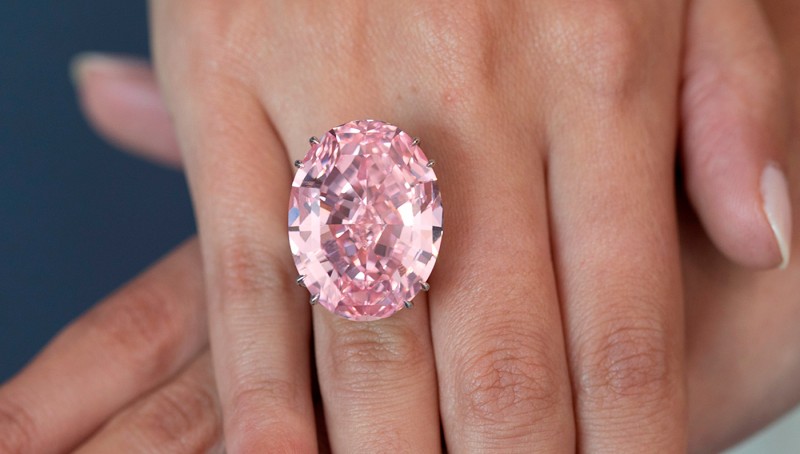 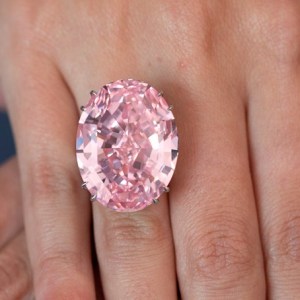 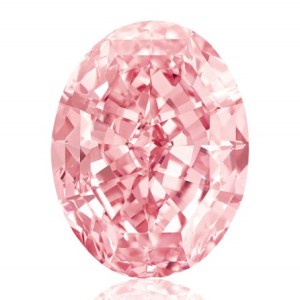 After a tense five minutes of bidding, Sotheby’s Hong Kong sold the 59-carat Pink Star diamond to Hong Kong jeweler Chao Tai Fook by phone for $72.1 million—the highest price ever paid for any diamond or jewel at auction.

The gem, which the new owner renamed the “CTF Pink,” was estimated at more than $60 million and is the largest Internally Flawless Fancy Vivid Pink diamond ever graded by the the Gemological Institute of America (GIA).

Unearthed in Africa nearly 20 years ago by De Beers, the CTF Pink was originally a colossal 132-carat rough diamond. It was carefully shaped into a dazzling, oval mixed-cut over the course of two years.

The previous record for a pink diamond at auction was held by the Graff Pink, which sold for $46.2 million in 2010 through Sotheby’s Geneva. Given the rarity and subsequent value of colored diamonds, experts anticipate that gems like the CTF Pink and Graff Pink will continue to attract collectors and gem-lovers around the world. (sothebys.com)