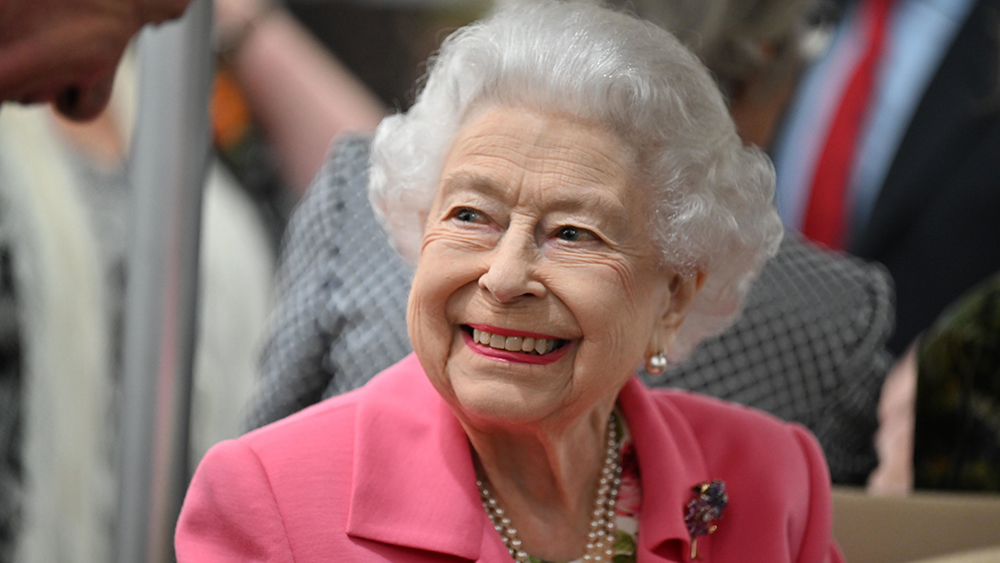 When attending a flower show, you typically don’t want to try to compete with the blooms on display. But if you’re Queen Elizabeth II, that rule doesn’t apply.

On Monday, the queen wore a stunning, rarely seen brooch during a trip to the Chelsea Flower Show. The pin, featuring pink and blue sapphires, rubies and diamonds, depicts a floral bouquet—fitting, given the nature of the queen’s visit. It was originally a gift from her parents, King George VI and Queen Elizabeth, on the occasion of her 19th birthday, People reported.

The brooch, made by Cartier, has the diamonds surrounded by the sapphires and rubies, the Daily Mail noted. There’s also one leaf made of pavé-set diamonds.

While the queen has a pretty impressive collection of brooches and jewelry, she doesn’t frequently choose to wear this specific piece. The last time she wore it was in October 2011, when she attended another flower show, the Floriade Flower Festival in Australia. It can also be seen in portraits she took in 1949 with a baby Prince Charles.

In addition to the brooch, Queen Elizabeth accessorized her bright-pink outfit with a multi-strand pearl necklace, one of her signature pieces of jewelry. When the queen received the brooch all the way back in 1945, it reportedly came with a pair of earrings, although those haven’t been seen in several years, according to People.

The queen attended the Chelsea Flower Show in the lead-up to her Platinum Jubilee celebrations. The exhibition included a few different displays honoring her 70 years on the throne. Purple flowers topped with golden crowns decorated the archway at the entrance, while elsewhere you could see a steel frame shaped like the portrait of the queen used on stamps in the UK.

Recently, other companies have been carrying out jewel-forward celebrations in honor of the queen’s Jubilee. The royal jeweler Garrard released a special pin and pendant inspired by previous royal designs, and Sotheby’s is exhibiting several royal tiaras, including the one Princess Diana wore during her wedding to Prince Charles.

When the actual Platinum Jubilee celebrations start next week, they’re sure to be just as diamond-studded as the ones leading up to the big event.