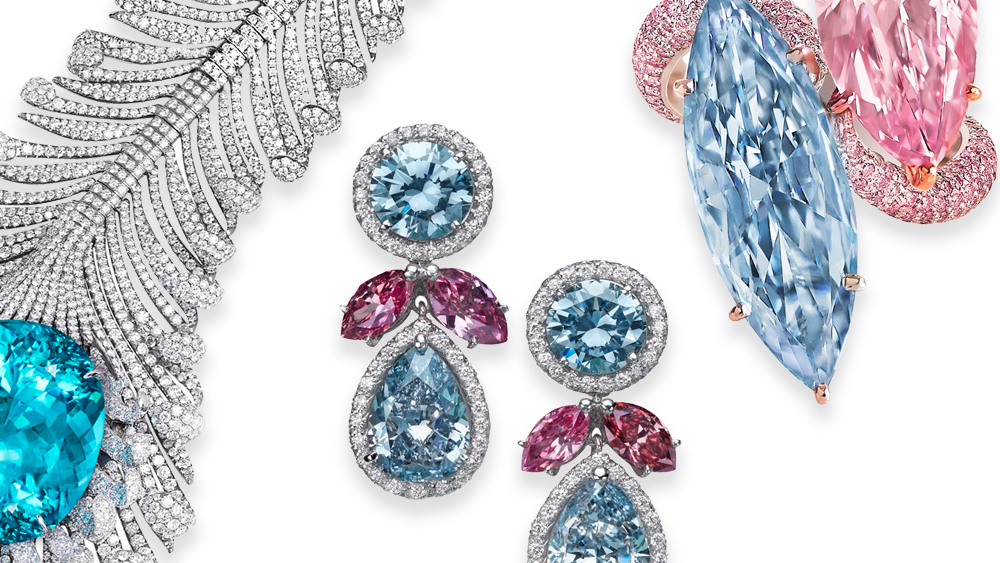 Bond Street’s grande dame of diamonds Alisa Moussaieff knows all there is to know about selecting the world’s most rarefied gems. It’s been more than 50 years since she and her late husband, Shlomo, opened their first boutique on Park Lane in London, and the family jeweler has been supplying exceptional gemstones and high jewelry to royal families and heads of state around the world ever since.

Shlomo Moussaieff’s grandfather was a pearl and gemstone dealer along the Silk Route in the mid-18th century, and his father was a leading dealer to the great jewelers of Paris’ belle époque in the early 20th century. Today, the Moussaieff firm has a gemstone collection that few in the world can rival, including the 5.11-carat Moussaieff Red, which is among the world’s largest fancy red diamonds.

At 88 years old, Mrs. Moussaieff, as she is known to all, shows no sign of slowing down. As the company debuts at the storied La Biennale Paris, which launched September 11, she shares her words of wisdom about investing in gemstones as well as what to look for at this year’s art, jewelry, and antiques fair. 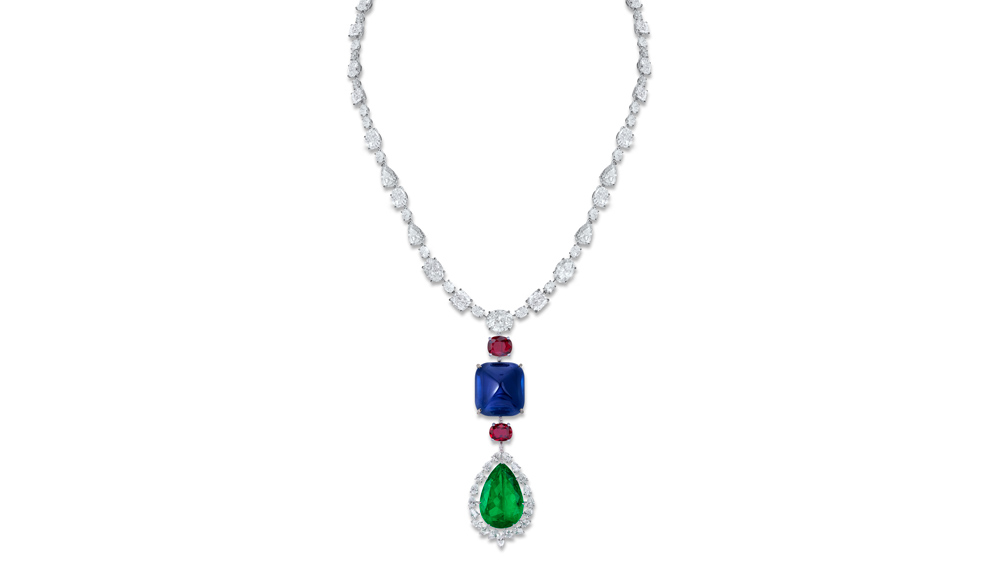 So what has changed in her half-century of gem hunting? Primarily education, Mrs. Moussaieff says. For her, unlike subsequent generations who have put in their time at the GIA and other jewelry education institutes—including her own daughter Tamara, who is the company’s chief stone buyer—it was all about learning on the job. “I grew into it over the years,” she says with a dry smile during an interview at the company’s grand Bond Street boutique. “At the time when I started, very few people had formal education. You made up your own certificates and used your own judgement to find the gemstone that would make you put your money on the table.”

For the less-experienced collector today, Mrs. Moussaieff counsels a combination of trust in the seller, in gemological science, and, last but not least, in one’s own instincts. “I would tell [the buyer] to get all the certificates he can on a particular item and, on the other hand, to use his eyes and his feelings. The certificate alone is not enough to make a proper judgement,” she says.

In the case of colored diamonds, the reason for this, she explains, is that a gem’s value can vary greatly depending on the many possible variations within any one grading. “The likes of GIA and Gubelin employ knowledgeable and dedicated people, but they only have so much experience,” she says. “When you describe a colored diamond as vivid, there are so many graduations in a vivid that are not written on the certificate. “When asked whether she sees any end in sight to the near-constant record-breaking prices that have been achieved in recent years for exceptional diamonds and other gemstones, Mrs. Moussaieff is unequivocal that there is still plenty of room for growth. 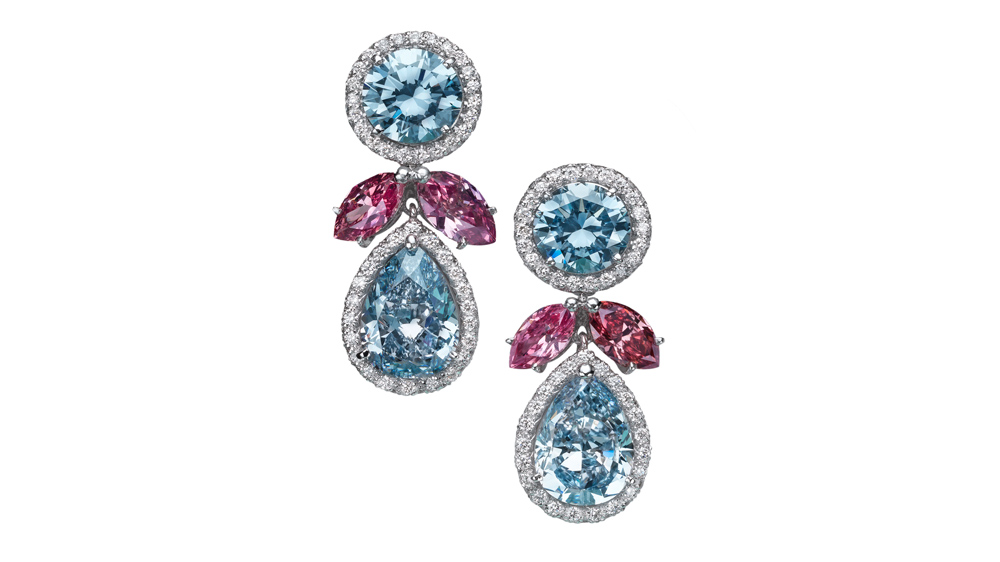 In terms of the gemstones themselves, this is because “demand is much greater than supply,” she says. The other pull on prices is the growing number of people who can and want to collect at this level. Quite simply, “There are more people today with more money to spend.”

Rocks on the Rise

One area that has seen a slight decline in the past year is the value of the highest-quality D flawless diamonds, which, at the very peak of the market, is already showing signs of recovery.  “We’re stepping slowly and cautiously into this market again,” she says.

Colored gemstones, meanwhile, continue their meteoric rise. Besides the Big Three—emeralds, sapphires, and rubies—Mrs. Moussaieff is happy to help meet the increasing demand for more unusual colored stones such as spinels and demantoid garnets. 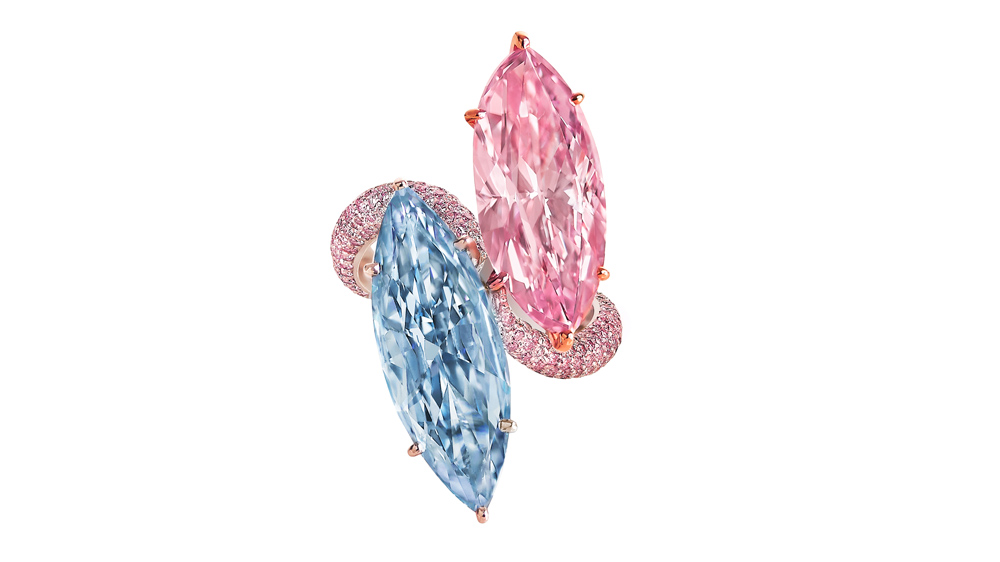 One high jewelry necklace stars a gem-quality Paraiba tourmaline with a vibrant glow of green electricity running through it. Mrs. Moussaieff says, “Paraibas have jumped terrifically in value—100 percent in the last few years.”

Another necklace that is bound to attract attention at the Biennale also features a Paraiba. In that design (shown below), a diamond and titanium feather-like collar swirls around the neck centering on a 57.21-carat oval gem. 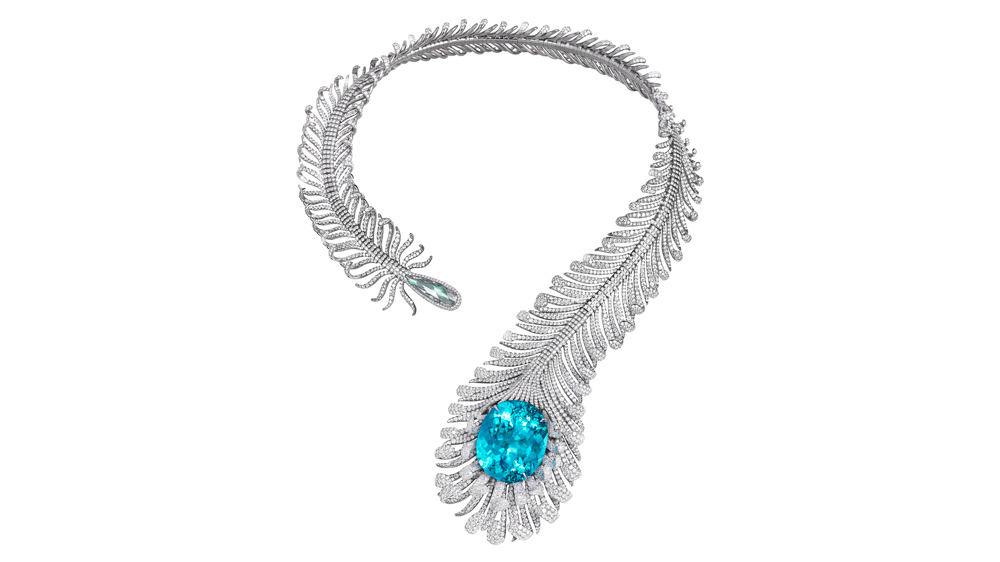 Titanium and diamond feather necklace with a 57.21-carat Paraiba tourmaline (front), a 3.29-carat rose-cut, pear-shaped diamond (back), and 53.06 carats of other diamonds.  Photo: Courtesy Alisa Moussaieff

As for colored diamonds, Mrs. Moussaieff calls for a security guard to deliver a tray glittering with a rainbow-like array of highly valuable gems, many of which are also destined for the Biennale.

Most valuable is a 5.7-carat vivid pink diamond. Set in a ring, the cherry-blossom-pink gem is surrounded seamlessly by petals of large white diamonds. There are also orange, blue, and brown diamonds as well as an unusual chameleon diamond that changes from greenish gray to a purplish hue when exposed to sunlight.

Her absolute favorite, however, is a smaller stone compared to many of its tray mates—at just 1.17 carats, she loves it for its rare color. A vivid green, the diamond has the fresh intensity of a lush spring field. “For me, it’s not about the price but the looks,” says Mrs. Moussaieff. Spoken like a true connoisseur. 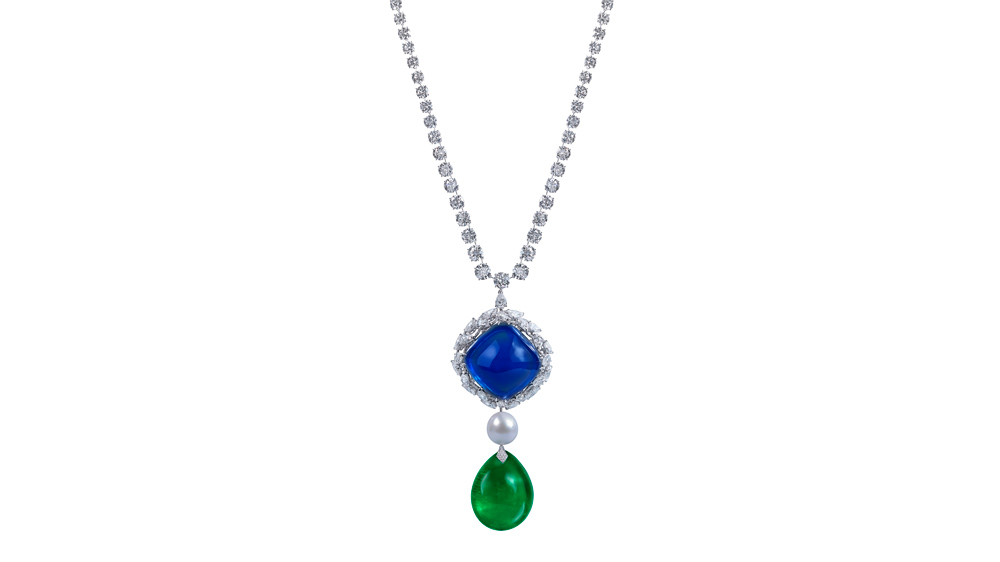 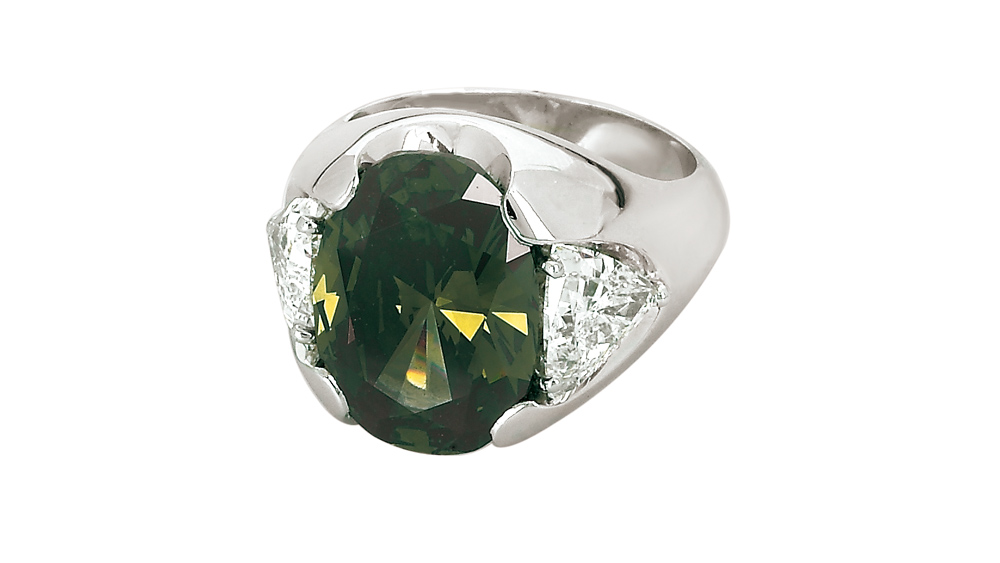