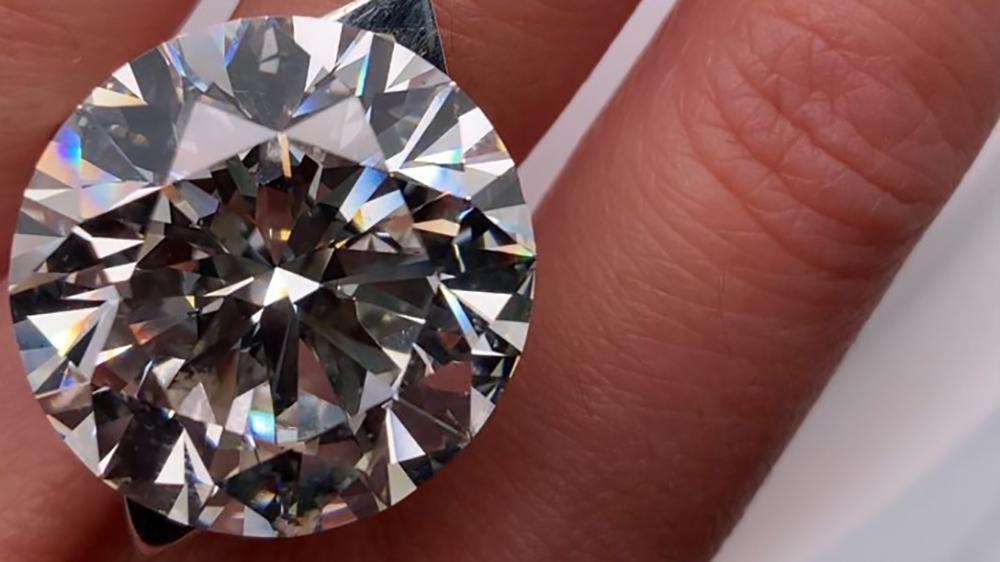 Sometimes, you really can find a diamond in the rough.

An exceptionally rare 34-carat stone whose owner believed it was a cheap piece of costume jewelry has been valued at over $2 million. The giant gem, which is about the same size as a $1 coin, belongs to a woman in her 70s living in Northern England, according to the BBC.

The owner, who wishes to remain anonymous, told the news service she doesn’t remember where she bought the stone but believes she might have picked it up at a flea market. While cleaning her Northumberland home, the unwitting diamond collector nearly threw the six-figure rarity in the trash, before a neighbor suggested she take it to get valued.

The 34-carat diamond is about the same size as a $1 coin.  Featonby's Auctioneers

“The lady came in with a bag of jewelry as she just thought she would bring it in as she was passing because she had another appointment in the town,” Mark Lane of Featonby’s Auctioneers told the BBC. “It had been in a box along with her wedding band and a number of low-value costume jewelry items.”

Lane originally thought the stone was a less appealing cubic zirconia worth about $2,700. He even let it sit on his desk for a couple of days before he tested it. To great surprise, the diamond machine lit up straight away. The brilliant-cut beauty was then sent to the experts at the HRD Diamond Grading Laboratory in Antwerp, Belgium, who confirmed it was indeed a 34.19-carat color H VS1 diamond worth a staggering $2.7 million.

The rarity could fetch up to $2.7 million at auction.  Featonby's Auctioneers

The hot commodity is not going back into that box of costume jewelry. Lane will auction the diamond on November 30 at Featonby’s single-lot sale aptly named The Secret Stone. It is expected to fetch between $2.2 million and $2.7 million, according to the auction house.

“The color, the clarity, the size… to find a 34-carat diamond is off the scale,” Lane adds.

May the sale serve as a reminder to always value your jewelry, literally.