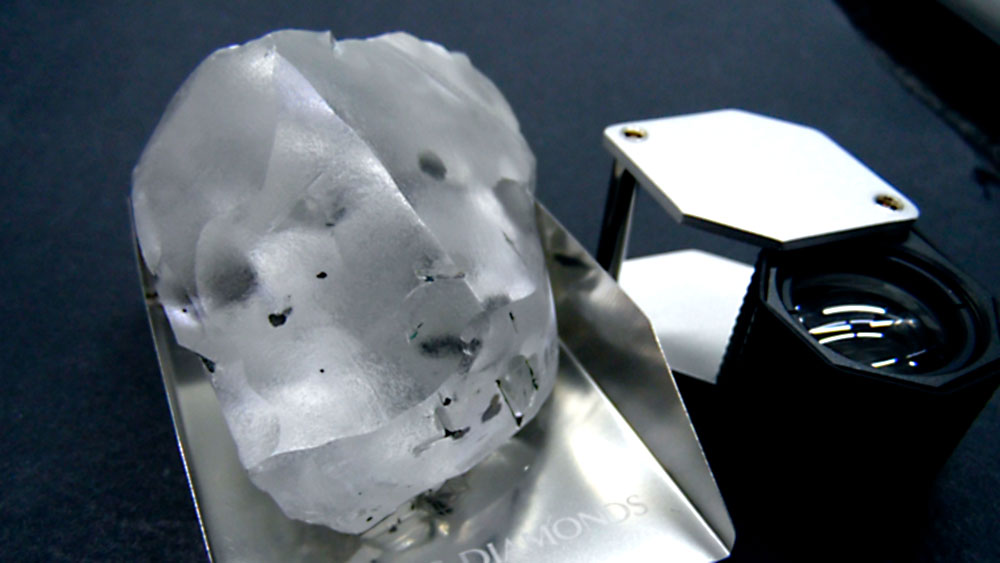 United Kingdom–based Gem Diamonds Limited has unearthed a 910-carat D-color diamond from Lesotho’s Letšeng mine in southern Africa. It is reportedly the fifth-largest gem-quality diamond ever discovered—and the largest ever excavated from the world-famous mine, 70 percent of which is owned by Gem Diamonds. About the size of two golf balls, the as-yet-unnamed diamond has been designated as Type IIa, which is the purest and most rare form of the gem, often described as a pool of water. Though no plans for a sale have been announced, early estimates place the diamond’s value around $40 million. In the last decade, the Letšeng mine has produced seven other diamonds that tip the scales at 299 carats or more.

“Since Gem Diamonds acquired Letšeng in 2006, the mine has produced some of the world’s most remarkable diamonds, including the 603-carat Lesotho Promise,” Gem Diamonds CEO Clifford Elphick said in a statement. “However, this exceptional top-quality diamond is the largest to be mined to date and highlights the unsurpassed quality of the Letšeng mine. This is a landmark recovery for all of Gem Diamonds’ stakeholders, including our employees, shareholders, and the Government of Lesotho—our partner in the Letšeng mine.”

This gem is one of a handful of recent discoveries that have astounded diamond lovers around the globe. Among them, two 100-plus-carat D-color, Type IIa examples were recently culled from Letšeng (also by Gem Diamonds Limited), and the Peace Diamond, a 709-carat gem, was excavated from Sierra Leone’s eastern Kono province in March of last year. Diamond mogul Laurence Graff purchased this gem from the country’s government in December for $6.5 million. Earlier in 2017, Graff acquired a 373.72-carat D-color Type IIa diamond from Botswana’s Karowe mine. It was cleaved from the famous Lesedi la Rona stone, a 1,109-carat diamond that made headlines when it failed to sell at a Sotheby’s auction. The original stone, weighing in at a whopping 1,765 carats, was discovered in 2015 and is the second-largest gem-quality diamond ever to be discovered.