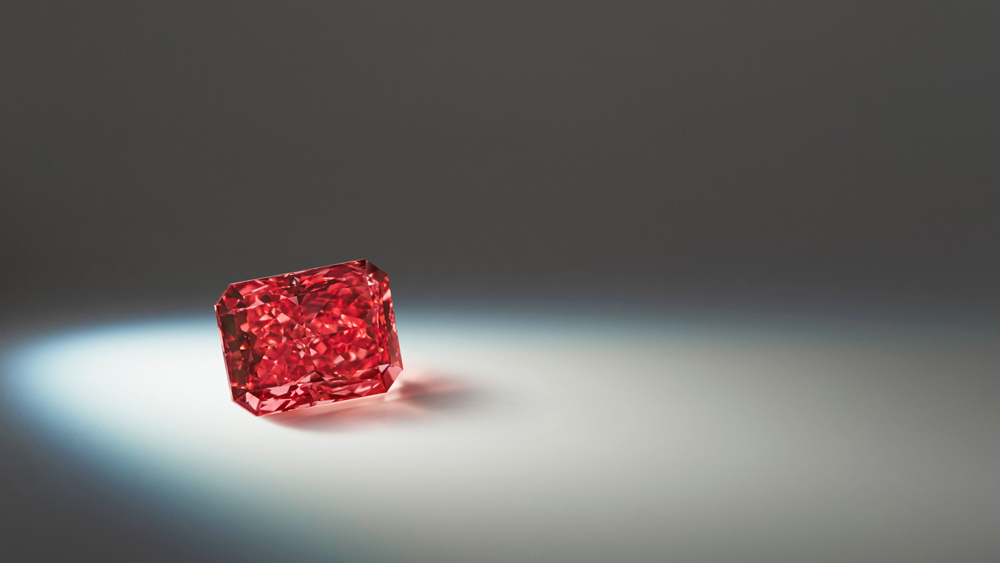 In the fall of 2016, workers at Rio Tinto’s Argyle mine in Western Australia discovered an extraordinary 4.38-carat rough diamond that appeared to glow like a red ember. Next month, a radiant-cut gem born of that rough—the 2.11-carat fancy red VS2 diamond fittingly christened the Argyle Everglow—is expected to fetch millions when it’s sold in a by-invitation-only silent auction.

Welcome to the high-stakes world of the Argyle Pink Diamonds Tender, an annual sale of the finest pink, purple, red, and violet diamonds found at Argyle over a 1-year period.

In late July, the miner previewed the 58 diamonds composing the 2017 tender at a New York City penthouse, including a 1.14-carat fancy red radiant-cut named the Argyle Isla and a 2.42-carat fancy purple-pink cushion-cut dubbed the Argyle Avaline. But the Everglow, the largest fancy red diamond ever found at Argyle, emerged the hero, owing to its singular combination of color, size, and clarity.

“We find less than a teaspoon of red diamonds a year, and in 33 years, we have never presented one as remarkable as this,” says Argyle Pink Diamonds manager Josephine Johnson.

To appreciate the Everglow’s exceptional rarity, it helps to understand its origins. Argyle is the world’s largest producer of diamonds by volume. Since opening in Western Australia’s East Kimberley region in 1983, the mine has yielded more than 800 million carats of diamonds, the vast majority of them browns—better known by their more spirited names, “Cognacs” and “Champagnes.”

The pinks, purples, and very occasional reds that are unearthed down under represent less than 0.1 percent of the mine’s production. Every year, Rio Tinto takes the best of these polished stones on a globe-trotting tour to Hong Kong and New York, culminating in October when the miner notifies the winning bidders. 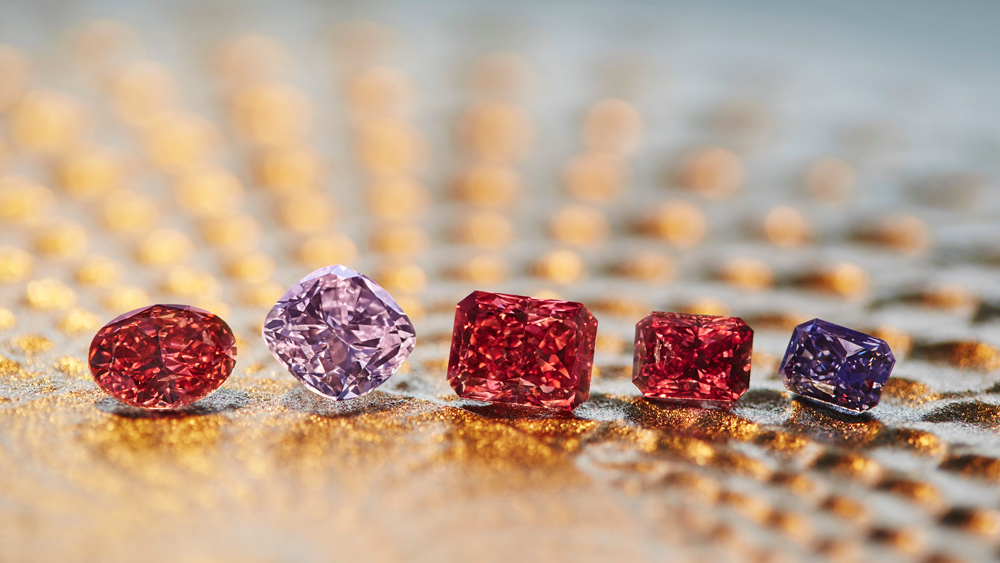 For the select group of diamantaires invited to bid at this year’s sale, the Everglow represents a once-in-a-lifetime buying opportunity.

“There are less than 20 red and purplish-red diamonds over 2 carats in the whole world,” says David Shara, owner of New York City–based Optimum Diamonds. “I’ve seen quotes from $7 million to $10 million. I think it’s going to go for a massive number—and someone may blow everybody out of the water.”

Shara says the hype is warranted because in an industry teeming with gems labeled “one of a kind,” a fancy red diamond is the ultimate anomaly. “It can’t just be pink,” he adds. “It has to be this cherry-strawberry kind of color. It has to have the right amount of darkness, and it still has to look like a diamond: sparkly.”

Adding to red diamonds’ allure is the fact that “gemological science has not yet determined the cause of their color,” according to John King, chief quality officer at the Gemological Institute of America. “It may be related to pink color in diamonds, which scientists believe is the result of deformation of the diamond’s internal structure while it grows in the earth.”

There is another, even more compelling reason behind the Everglow’s über-collectability: The Argyle mine is expected to cease operations at the end of 2021.

“What happens when there’s not going to be another tender?” Shara says. “Prices will go to the moon because there’s no inventory out there, and Argyle diamonds are incredibly popular.”

Fancy red diamonds rarely come to auction, which is why it’s so difficult to pinpoint their value. Below is a brief list of the most recent record-holders: