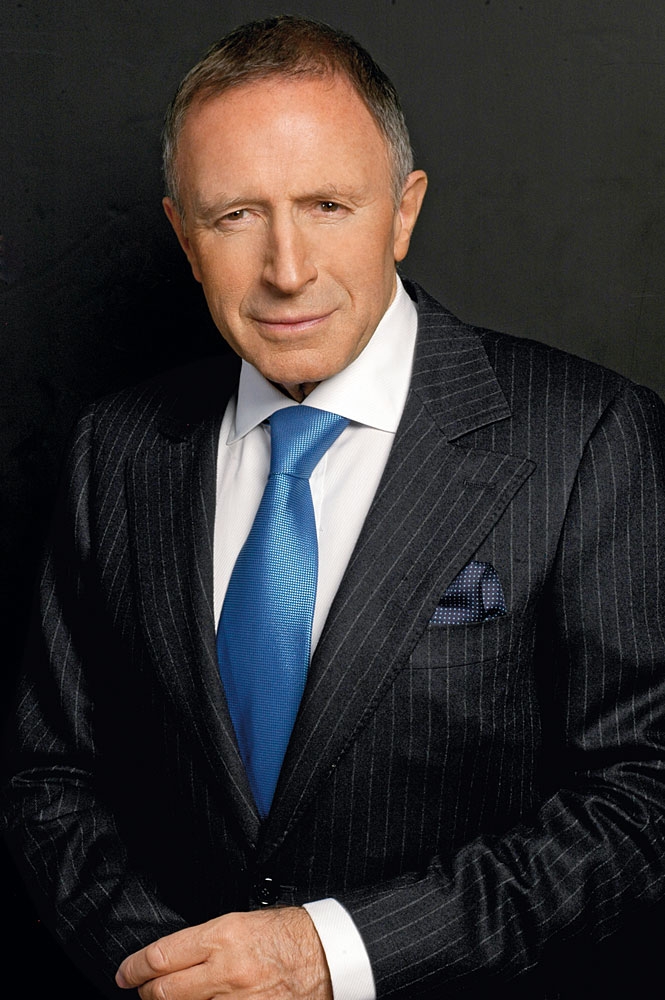 At a London auction in December, Laurence Graff—the founder of Graff Diamonds International—paid about $25 million for the 300-year-old Wittelsbach diamond, a 35.56-carat grayish-blue stone once owned by King Philip IV of Spain. That it was Graff who ultimately acquired the stone surprised no one. The 70-year-old diamond dealer and art collector is among the world’s leading purveyors of fine jewelry, with cutting and polishing workshops in South Africa, Botswana, New York, and Belgium, and 30 retail shops worldwide.

Recently, Robb Report caught up with Graff in New York, where he was christening his latest store. We asked him about his love of beauty, his philosophy on living well, and a memorable occasion when former Philippine President Ferdinand Marcos and his wife, Imelda, kidnapped him.

When did you begin collecting art?

From an early age, I attended art auctions. I could not always afford expensive pieces, but I always bought something. Slowly I acquired a taste for good things. Over the years, life has been good to me, and I am now able to buy the very best. I think that acquiring art at any level, whatever your purse will allow, is a wonderful thing to do. And it’s interesting how your taste can evolve over time. You can like something and 10 years later you don’t like it anymore. Taste sharpens over time.

What was the first important piece you bought?

I bought a Renoir in 1979 at auction for [about $150,000]. I began collecting Impressionist paintings, but the time came when I was more interested in contemporary art, and I started to sell some of my Impressionists to buy beautiful, interesting, contemporary pieces. My first was a portrait of Francis Bacon by Lucian Freud. Since then, I’ve put together a collection of Warhols, Basquiats, Ruschas, and other American artists.

What piece in your collection is your favorite?

Well, there are two, both Warhols. One is a portrait of Marilyn Monroe called Lavender Marilyn. It’s very rare and very valuable. The other is a portrait of Liz Taylor in red, which is also very, very rare. The last great painting I bought was a double Elvis portrait by Andy Warhol.

You own a vineyard in South Africa. What makes it special to you?

It’s called Delaire, which means “in the sky.” It’s the highest vineyard in South Africa’s mountains. We actually harvest our grapes later than other vineyards in the region because of the height and the breezes that we get there. It’s one of the most beautiful places I have ever set my eyes on. I wanted to bring it to its full beauty by developing it. At the moment, we’re doing a lot of landscaping and replanting, and we have plans to open up a restaurant and a boutique hotel. Our policy is to create the finest wine in South Africa and then give back to various charities throughout the country.

I think it’s a luxury to buy whatever you want, whatever that may be—boats, planes, or houses. I think if a person has been lucky in life, they have a responsibility to spend their money and give other people a chance to make some, too.

Is it true that you were kidnapped by Imelda and Ferdinand Marcos?

[Laughs] There was once a time in the mid-1980s when they invited me to a midnight dinner cruise on their yacht. As we cruised, I noticed that the Philippine shoreline was getting smaller and smaller. We cruised into the night and we turned toward an island called Bamboo Island. Everything there was bamboo. The houses were bamboo and the furniture inside them was bamboo. That’s when I realized that I was destined to stay the night, and I didn’t have a wardrobe. We ended up staying there for a week. I always joke that I was kidnapped because I wasn’t prepared to go, but actually it was very enjoyable.