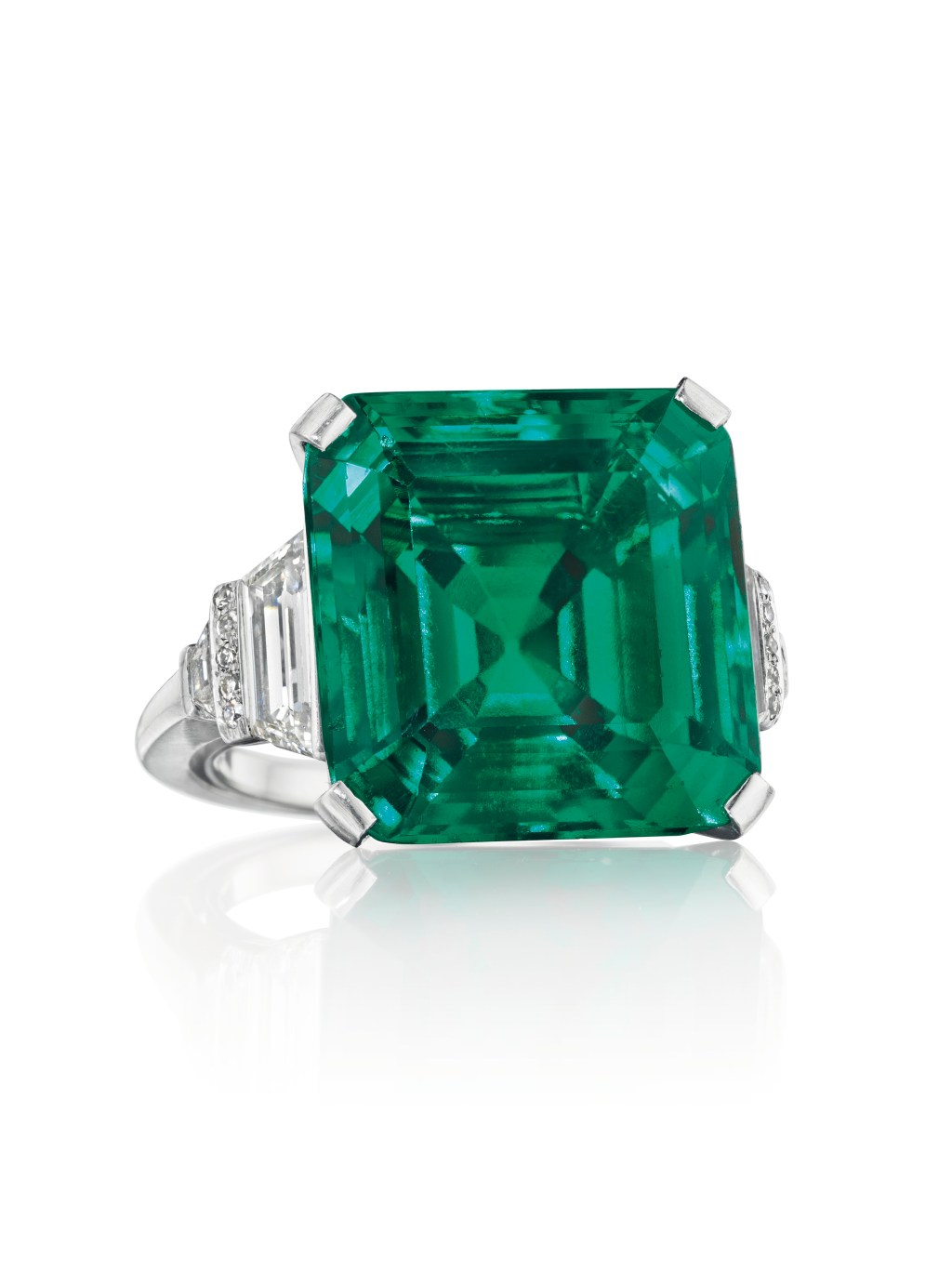 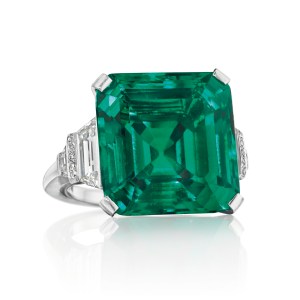 On June 20, a platinum ring commissioned by John D. Rockefeller Jr. will go to auction at Christie’s in New York. It is estimated to garner between $4 and $6 million.

Weighing in at more than 18 carats, the Colombian emerald showcased in the ring is among the rarest and most exceptional examples of the vibrant green gem. The stone was originally part of a Van Cleef & Arpels brooch John D. Rockefeller Jr. purchased for his wife, Abby. After Abby’s death in 1948, Rockefeller asked New York jeweler Raymond C. Yard—a close friend of Rockefeller’s—to disassemble the brooch and repurpose its stones into individual jewelry pieces. The most stunning result of this refurbishment is the so-called “Rockefeller Emerald,” which John originally gave to his youngest son, David. The Rockefeller Emerald, naturally, will cross the block at Christie’s in Rockefeller Center as part of the Magnificent Jewels auction. (christies.com)