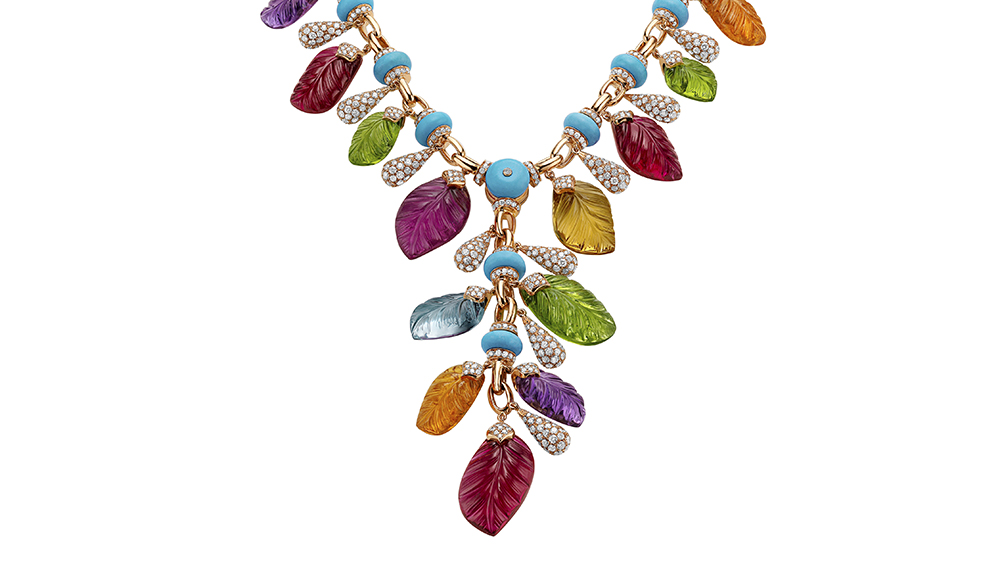 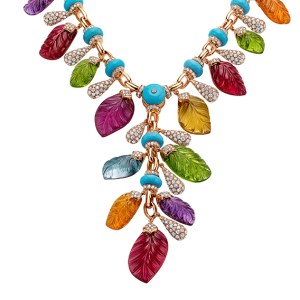 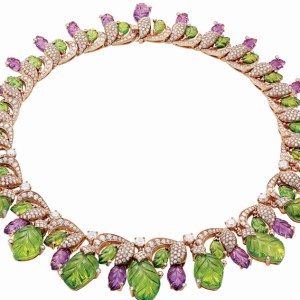 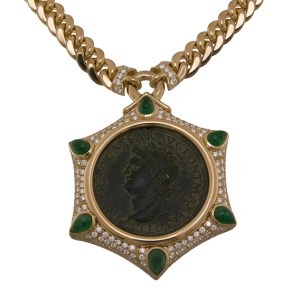 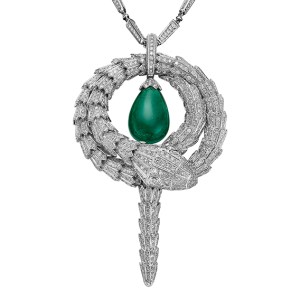 When he arrived in Rome from his native Greece in 1881, Sotirio Bulgari probably did not anticipate that the store he established on Via Sistina—just a stone’s throw from the historic Spanish Steps—would one day be renowned as an international jewelry brand whose aesthetic is inextricably linked to his adopted city. The house of Bulgari has certainly been enriched by its relationship with the Italian capital—so much so, in fact, that the company is marking the 130th anniversary of its founding with a roughly $2 million donation toward the restoration of the Piazza di Spagna’s celebrated stairs, which Sotirio traversed daily between his rounds at his original shop and the second one he opened on Via Condotti. The residents of Rome, however, are not the only beneficiaries of this important milestone: To honor the metropolis that fed its creative spirit for more than a century, Bulgari has unveiled a limited-edition series of Roman-themed jewelry designs and gem-encrusted watches that hark back to those it produced in the 1960s, when style icons such as Elizabeth Taylor embraced the brand’s boldness.

“You can recognize Bulgari jewelry 10 meters away,” says Jean-Christophe Babin, Bulgari’s CEO, who attributes the unique spirit of the pieces to unorthodox compositions of bright-hued precious and semiprecious stones that are as striking as Rome’s ancient monuments and as energetic as the streets of Trastevere. “It is the amazing and unexpected combinations of colors set in a mosaic,” he adds, “like a magical puzzle with a sprinkling of diamonds meant to shine a light on colored stones.”

More literal allusions to the Eternal City can be found throughout Bulgari’s history, especially in such past signature designs as the Roman coin pendants, the B.zero1 cylindrical rings that suggest the circular shape of the Coliseum and other ancient structures, and the Parentesi jewelry collection, whose designs playfully echo the joints of the city’s pavement. Like Rome, Babin says, “Our high jewelry is bold, daring, and audacious.”

The glamorous air of bravado informing Bulgari’s signature style garnered particular favor among tastemakers in the 1960s, a period when many other important jewelry houses were focused on traditional, formal pieces with diamonds and precious gemstones. The vivacious designs from that era, which contributed to Bulgari’s international reputation, provide the creative impetus for the latest collection. “We are more focused on expressing our DNA and what makes us different from traditional high jewelry,” says Babin. “We try to glorify the stone through creations that are unique, because we have to respect what Mother Nature gave to us.”

Toward that end, Lucia Silvestri, Bulgari’s creative director of jewelry, constantly searches for unusual gemstones, which—in collaboration with Paolo Bulgari—she transforms into finished pieces. Seated at a desk covered with hundreds of exceptional loose stones valued at about $10 million, Silvestri arranges a suite of 12 grape-sized emeralds with various other colored jewels. “We meet every morning and play with the stones to find the best combinations for high jewelry,” she says, noting that the engineering of each piece is as important as its components. Every design must “feel soft, not rigid, on the body and soft to the touch.”

Featuring large, colorful gemstones that range from rubies and sapphires to mandarin garnets and peridots, Silvestri’s newest limited-edition designs for the 130th anniversary collection include a series of snake-themed Serpenti watches, one example of which is adorned with turquoise, coral, and diamonds and conceals a dial in a serpent head. The collection also contains three one-of-a-kind diamond Serpenti necklaces that coil around the wearer’s neck and terminate in a 23-carat emerald, a 31-carat mandarin garnet, or a 14-carat rubellite pendant.

The company’s workshop outside of Rome completes about 300 high-jewelry pieces each year. Despite the facility’s modern facade, the individuals who work inside utilize the same methods that Sotirio Bulgari and his craftsmen employed 130 years ago. Gold ingots are melted down and blended to create the tint that has been a Bulgari hallmark for more than a century, while two dozen seasoned artisans not only render Silvestri’s bold visions from the metal but also labor to train the next generation of artists in the house’s time-honored techniques. Their dedication and patience ensure that the brand’s traditions will continue into the next century.