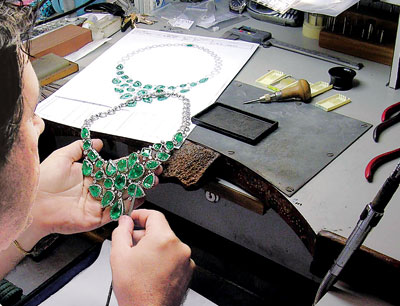 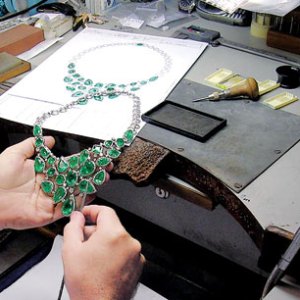 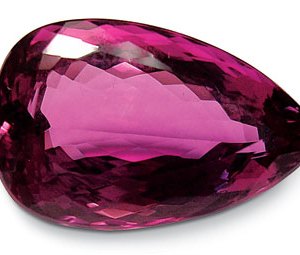 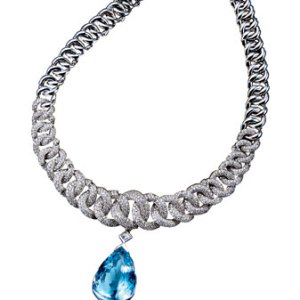 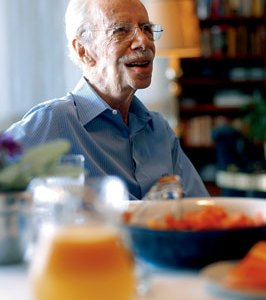 When a new cache of rare peach-colored imperial topaz is unearthed in the hinterlands of Brazil, the miners often set aside the best stones for Hans Stern. Although he has grown frail with age, the reserved 83-year-old patriarch of Brazil’s H. Stern jewelry house continues to wield unparalleled clout, and customarily has first pick of many of this gem-rich country’s most significant discoveries.

Over the past 60 years, Stern has made his way to even the most remote mines. Before roads were built, he traveled by horseback, delving into the deepest earthen holes to explore newly uncovered deposits firsthand and, most important, to cultivate enduring relationships with miners, and later their sons, and even their grandsons. Many important Brazilian mines were established after unsuspecting farmers unearthed rare stones on their acreage while digging water holes. Stern, with his friendly face and sympathetic eyes, has been eager to partner with such fortunate landowners in exploiting their rich natural resources. “The jewelry business has always been based on trust,” explains Stern from his modest office in a sprawling headquarters building in the center of Ipanema, Rio de Janeiro’s upscale shopping district.

Today, some of the world’s most coveted, rare gems—Paraíba tourmaline, alexandrite, cat’s-eye chrysoberyl, and imperial topaz—are mined either exclusively or predominantly in Brazil. Capturing a sizable specimen of one of these elusive stones is challenging for even the most prestigious jewelry houses, yet Stern’s unique access to the miners has enabled him to amass an extraordinary stash of high-quality colored gems. In scenic Rio, known for its beautiful beaches and wild nightlife, the H. Stern museum is a popular destination for tourists who come to view the country’s extraordinary natural bounty. Among Stern’s treasures is a showcase of 1,000 tourmalines in every hue imaginable, and samples—some as large as soda cans—of every indigenous Brazilian gemstone, including the prized Paraíba tourmaline and cat’s-eye chrysoberyl.

The most significant stones, however, are reserved for clients who truly appreciate a rare specimen and can afford obscure yet highly collectible gems. A small 6-carat neon blue Paraíba tourmaline, for example, is valued at $350,000, while a 6-carat alexandrite, which changes color from raspberry red in incandescent light to mossy green in daylight, is estimated at $460,000. Most clients are unaware of alexandrite, says Stern, but they are compelled to add it to their collections once he educates them about the rare stone, which was discovered in Russia’s Ural Mountains in 1830 and named for Czar Alexander. Last year a New York client purchased Stern’s prized 7-carat alexandrite for $1 million. A stone of similar size and quality, Stern says, may not present itself for a year or more

Stern’s fascination with gems began when he was just 17 years old. The young Jewish German immigrant, who had fled Nazi persecution, saw his first colored stones in 1939, shortly after arriving in Brazil with his father, an electrical engineer, and his mother. At 23, he opened a small gem shop in the emerging Ipanema section of Rio de Janeiro, eventually building an empire of 160 stores worldwide and becoming the most important buyer and seller of Brazil’s finest colored gems.

For decades, clients have been enlisting H. Stern to craft custom-made designs using these stones. One such client, a Texan, visits the jeweler at least once a year to select a stone for a custom piece that expresses his fascination with exotic cultures. One of his treasures is a 47-carat blue topaz set in gold and manipulated to look like a pyramid, reflecting his penchant for Aztec art. The patron has been known to linger around Stern’s offices for weeks, monitoring the creation of his masterpieces, even observing the goldsmiths at work.

“It’s our role as a jeweler to offer custom design service,” explains Roberto Stern, Hans’ eldest son and the company’s creative director. His team of six designers works directly with clients to create custom pieces and will fly around the world for private consultations.

For the past decade, the younger Stern also has been pioneering new design concepts based on his passion for the arts, architecture, and interior design. Roberto regularly commissions Brazilian architects, textile designers, musicians, and painters to develop jewelry collections. Recently, he partnered with Fernando and Humberto Campana, contemporary furniture designers whose work has been exhibited at New York’s Museum of Modern Art. The collaboration produced a collection of jewelry that evokes the Campanas’ Favela chair (named for Brazil’s notorious slums), which is composed of scraps of wood assembled in a random manner. Roberto and the Campana brothers applied this concept to jewelry by assembling slats of gold connected with hidden clasps to allow freedom of movement as the pieces drape on the neck or wrist. “We are always breaking the rules of the creative process and challenging our artisans with seemingly impossible missions,” says Roberto.

The sensual Brazilian spirit, he explains, is apparent in most Stern pieces, which are designed for flexibility with the body: Nothing is rigid. “There is a fine balance in creating something with style that is not trendy,” he continues, emphasizing that some traditional character must be maintained for the pieces to have timeless appeal.

Still, H. Stern’s designs display an artistic, contemporary, and sometimes ethnic flavor. The ceremonial dress of Brazil’s Amazon natives is the model for the new Feathers collection, with its layers upon layers of lightweight, flowing gold feathers. Another recent collection is the product of a partnership with American fashion icon Diane Von Furstenberg, who developed an array of stylish and symbolic designs. Her Power Rings are made of large, chunky, unfaceted gems such as rubies, peridot, and rutilated quartz that appear as though they were just unearthed. The Sutra collection, named for the Indian term sutra, which means “the thread that sustains good intentions,” features bold links pavéed with diamonds, rubies, sapphires, or garnets accented with charms and talismans.

Roberto’s favorite pieces, however, are those that reflect his father’s passion for gems and his own penchant for avant-garde design. One such design is a newly completed $1.2 million necklace set with 24 gigantic emeralds (totaling 190 carats) in various shapes and sizes positioned randomly in a contemporary bib style. Typically, stones of this caliber, he says, would be presented in a more symmetrical, traditional manner. “I like to take something classical like these emeralds and disrupt them,” says Roberto, who had the design sketched in more than 20 different renditions before making the final choice. Most of the emeralds come from a Brazilian mine whose stones’ quality, the Sterns say, rival those of Colombian emeralds, long recognized as the world’s finest.

Some gems, of course, can stand alone. A newly completed aquamarine necklace features 26 large emerald-cut stones, weighing 373 carats, which are connected with a minimal amount of metal. “This necklace proves that sometimes less is more,” says Roberto, who notes that the piece was influenced by German Bauhaus design.

Having built its reputation on its fine colored gemstones, H. Stern recently introduced a diamond cut dubbed the Stern Star, which is featured in 25 one-of-a-kind designs. The company spent nearly three years working with Israeli master diamond-cutters to create the unique cut, which, in contrast to a traditional symmetrically cut diamond, is asymmetrical, with an irregular oval shape. Quantities of the unconventional diamonds are extremely limited because, Stern says, only two master-cutters have the skills to produce the cut, which is faceted from underneath to create the image of a star from the top. The elder Stern proudly points out that diamonds are increasingly being found in Brazil, though rarely in sizes large enough to satisfy his high-rolling clients.

Even after six decades of building his gem collection, Hans still is thrilled when he lands a rare stone. “I would like to get a fatty Paraíba or alexandrite,” he quickly replies when asked what gems are at the top of his wish list. Certainly, many other jewelers are desperately searching for the same stones, but Stern likely will beat them to the source.