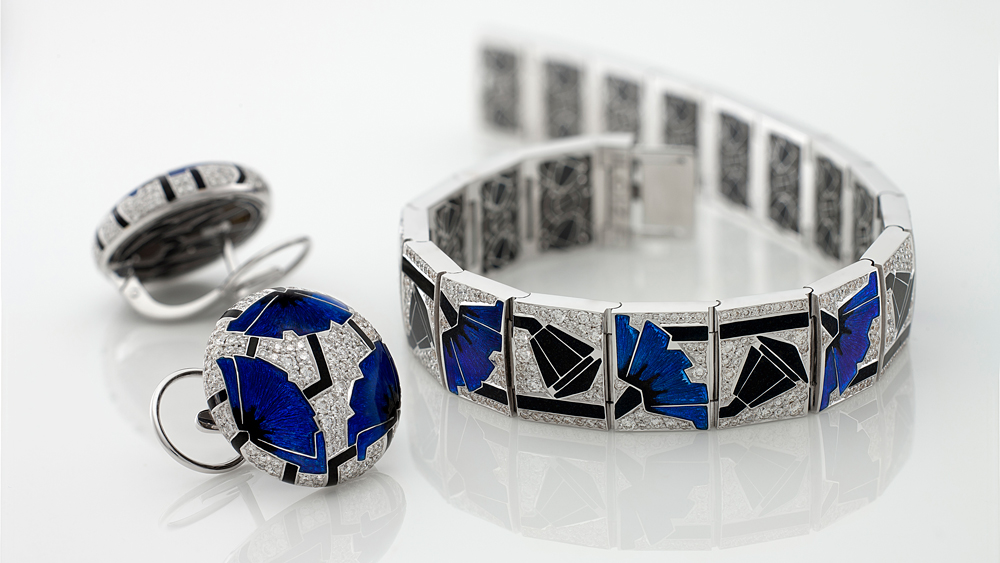 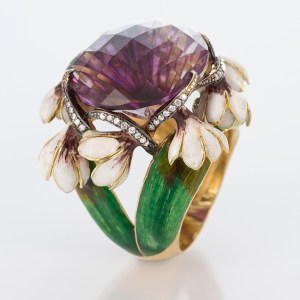 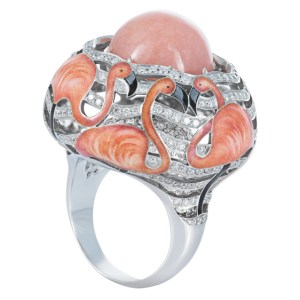 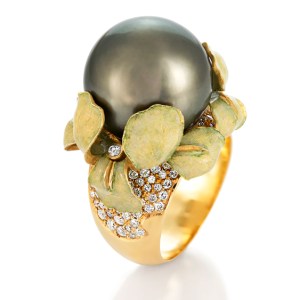 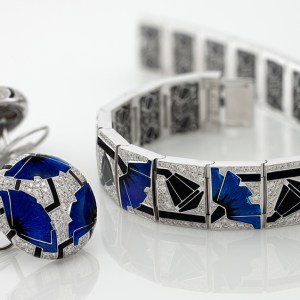 One of Russia’s most celebrated contemporary jewelry artists, Ilgiz Fazulzyanov, opened his first-ever European Ilgiz F boutique in Paris on rue de Miromesnil—steps away from rue du Faubourg Saint-Honoré and the Elysée Palace. He chose Paris over other international cities because he says, “People visit Paris to find inspiration in its art. It is in this city that my ‘masters’ created, and it’s here that the techniques and styles that I love were born.”

Fazulzyanov is dedicated to craftsmanship and has forged his own artistic expression in combinations of enamel, gold, and gemstones that bear a feminine quality. After graduating from art college in Kazan, he became a master of the art of filigree for which his native Tatarstan is renowned. He combines this with hot-stone vitreous and painted enameling using delicate brushstroke detailing to create a unique context for his jewelry designs. His colorful pieces integrate diamonds, pearls, and gemstones—including sapphires and rubies—and they often take the form of flowers and art-nouveau-style fluid forms. His talent has been recognized in Russia, where his work was featured in an exhibition at the Kremlin Museum in 2016. That year, the Kremlin acquired six of his masterpieces for its permanent collection. In 2011, he was awarded the title of Champion of Champions at the Hong Kong Jewellery Design Excellence 2011 competition and won his first gold-medal prize in the same competition 2 years later.

His new Parisian gallery features a range of jewelry designs starting at about $10,000 for a pair of enamel and jeweled earrings. The designer will be visiting Paris often to meet with clients for special commissions, and later this year, he will launch a new collection entitled “The World’s Highest Summits” in Paris.