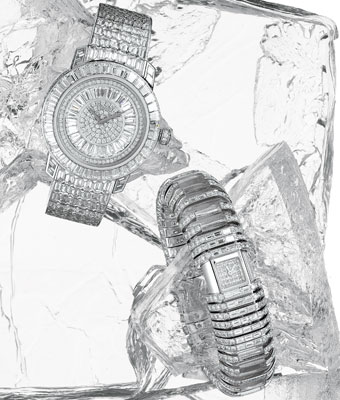 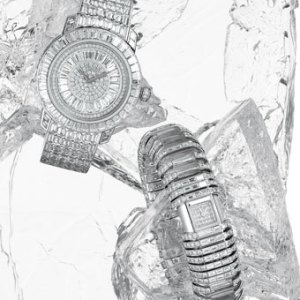 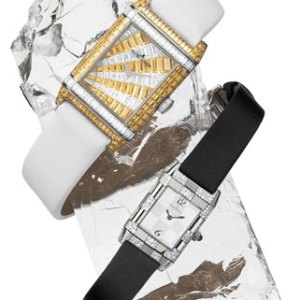 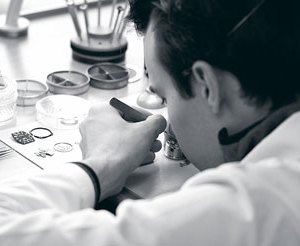 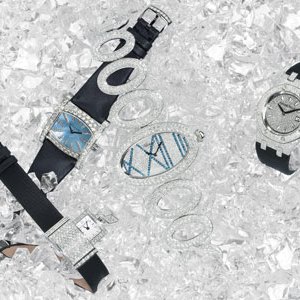 Watch enthusiasts may not recognize Alain Kirchhof’s name, yet this master jewel setter has introduced perhaps as much innovation to the offerings of his employer, Jaeger-LeCoultre, as any watchmaker in the Vallée de Joux. Unlike the ranks of genius watchmakers who have gained recognition for advancing the state of their art, Kirchhof quietly develops his techniques in obscurity—and that is exactly as he prefers.

Most admirers of jewelry watches recognize their beauty and preciousness, but few consider the technical skills that these timepieces embody. Jewel setting demands as much patience, dexterity, and precision as does watchmaking. But the dazzle of jeweled timepieces often obscures the fine details of the work.

In a surface paveéd with tiny diamonds, the most widely used jewelling technique, the many stones laid side by side in the metal radiate a field of dispersed light. But determining the quality of the setting is more a matter of touch than sight, and it need not be left to a gemologist or a master jeweler. “The test we usually suggest is to rub the watch on a silk tie,” says Elena Stephanova, product manager for ladies jewelry timepieces at Audemars Piguet. “If the stones have been set properly, the watch should never snag the silk in the tie.” If you are not willing to risk damaging a prized piece of neckwear, then run your fingertips across the paveéd surface; a top-quality setting will feel noticeably smooth and seamless.

Pavé setting involves creating a seat, or indentation, to hold each diamond or colored gemstone, and using the metal surrounding the seat to create prongs to secure the stone. Pave, of course, is an essential discipline in jewelry as well as in watches, but the Swiss have their own rigid standards for jeweled timepieces. The pave, or pavement as the word suggests, in the finest watch settings conforms to the shape and contours of the watch as if it were metal itself.

A layman can see such precision in the tables, or top surfaces, of the stones. When held at an angle to the light, the tables emit reflections, which become even more obvious under a jeweler’s loupe. In a superlative setting, the stones’ tables will align perfectly, much like the tiles in an expertly laid floor, so that the light refraction from each gem is even and unbroken. Inferior settings will reveal stones set at very slight angles that prevent the tables from aligning flatly and smoothly.In crafting high jewelry, as opposed to timepieces, artists are not restricted by the more practical nature of a watch, and so they have more freedom in determining how and where to place stones. The disciplines of crafting high jewelry and jewelling watches are therefore considered separate métiers. (The world center for jewelry making is Paris, while Geneva is the center for jeweled watches.) At Cartier, however, the high-jewelry setting performed in the company’s Paris workshops slightly overlaps with the jewelry watchmaking it executes in Switzerland. The company crafts elaborate and unique high-jewelry timepieces, such as a new white gold and diamond Declaration watch with a rock crystal bracelet, in its high-jewelry workshop, which is tucked away discreetly in an unmarked address on a Paris side street. “In Paris we are fortunate to have jewelers with magic hands,” says Bernard Fornas, president and CEO of Cartier International. “Sometimes they will transfer to our watch operations in La-Chaux-de-Fonds and influence the culture there.”

The connection between jewelry and watches is even closer at Carl F. Bucherer, the watch division of the Swiss jeweler Bucherer, which operates 15 stores. At Bucherer, the same personnel who make the jewelry also perform the most demanding jewelling techniques for watches, such as its Alacria Diva, which features the seamless placement of tapered baguettes. “Bucherer’s resources as a jeweler are an advantage in just sourcing the stones,” explains Thomas Morf, president of Carl F. Bucherer. “Only two people here, out of only a handful in the country, are able to do the setting. I would definitely equate their skills to those of a master watchmaker.”

In Switzerland, many of the jewelers who specialize in setting watches with gems work independently on a contract basis. The afore mentioned Alain Kirchhof, for one, has operated his own workshop for many years in Le Pont, which is across the lake and at the opposite end of the Vallée de Joux from the region’s many famous watch factories. Kirchhof’s biggest client, Jaeger-LeCoultre, purchased his company several years ago in what has proved a savvy investment for the brand.

In 2002, Kirchhof broke the rules of standard pavé by creating a distinctive new setting, which the company named Snow. Instead of using uniformly sized stones, Kirchhof’s Snow setting allows the jewelers to select round stones of varying sizes, endowing each of these pavé pieces with a uniqueness and artistic expression that is absent when the craft is practiced with the traditional standardization.

Kirchhof’s latest innovation, the Rock setting, may not break the pavé rules, but it certainly bends them. The technique involves placing the gems table-side down on a flat surface, and then pouring molten gold behind them to create an instant seamless setting that reveals no metal between the stones, much like an invisible setting.

While leading a tour of his atelier, the wiry and bearded Kirchhof winces when he hears Jaeger-LeCoultre executives even hint at the cursory details of his methods. Like the watchmakers who develop ground-breaking mechanisms, Kirchhof prefers to keep the specifics of his techniques secret. When asked about his next innovation and what can be expected, he simply smiles and murmurs, “Much more.”