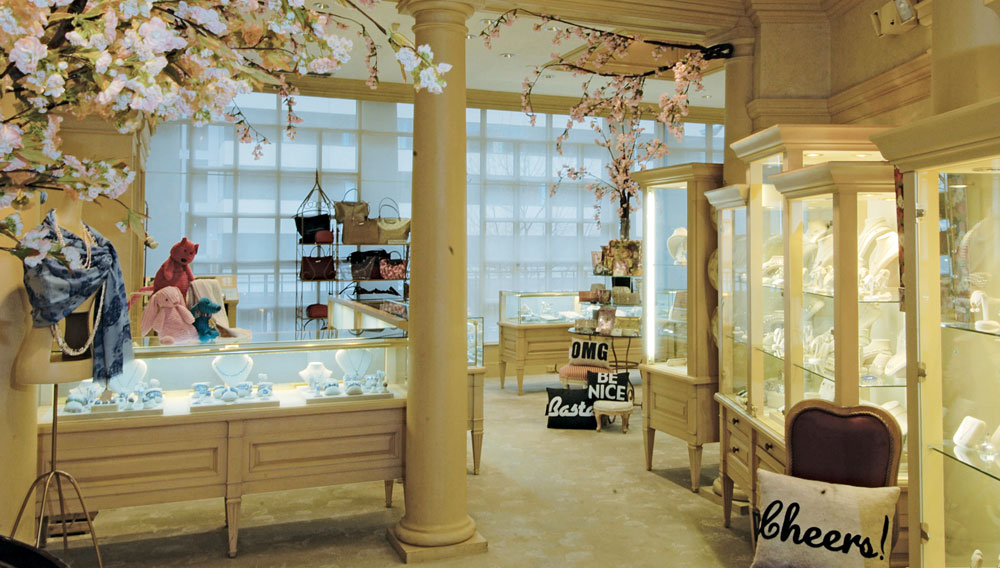 At first glance, it would appear that the Tiny Jewel Box (www​.tinyjewelbox.com) in downtown Washington, D.C., was given that name in jest. Comprising all six floors of a historic and protected building from the mid-1920s, and spread out over 12,500 square feet, the Tiny Jewel Box is anything but tiny. The branding may seem satirical today, but when the family-owned business was founded more than 80 years ago, its name was as literal as they come.

Roz and Monte Rosenheim started the business in 1930, and at that time, their antique jewelry shop was set in a breezeway between two buildings—a setting that commanded no more than 100 square feet. On busy days, many customers were forced to wait in the street until others had finished shopping. These days, the store is run by Roz and Monte’s son Jim and their grandson Matt; and besides selling vintage and contemporary jewelry, producing their own custom pieces, and purveying watches, fashion accessories, and corporate gifts, the father-and-son team also has made more than 120 items that numerous White House administrations have gifted to various heads of state.

Despite the success that the shop has had in all of those endeavors, its commitment to jewelry—both antique and modern—remains its greatest calling card. “When we went into the new jewelry business, we didn’t want to replicate what other people were doing,” Matt recalls. “We searched for people who were at the beginning of their careers—new jewelry that was parallel to what we were doing with vintage jewelry.”

Since then, other jewelry retailers have followed suit, but competition doesn’t worry the family. “I’ve never been concerned with what the guy down the street was doing,” says Jim, the company’s chairman. “I’ve spent my entire career marching to my own tune. We are obsessive about changing and evolving and it’s sometimes exhausting, but it’s rewarding at the same time, and that’s one of the reasons we’ve maintained our success.”