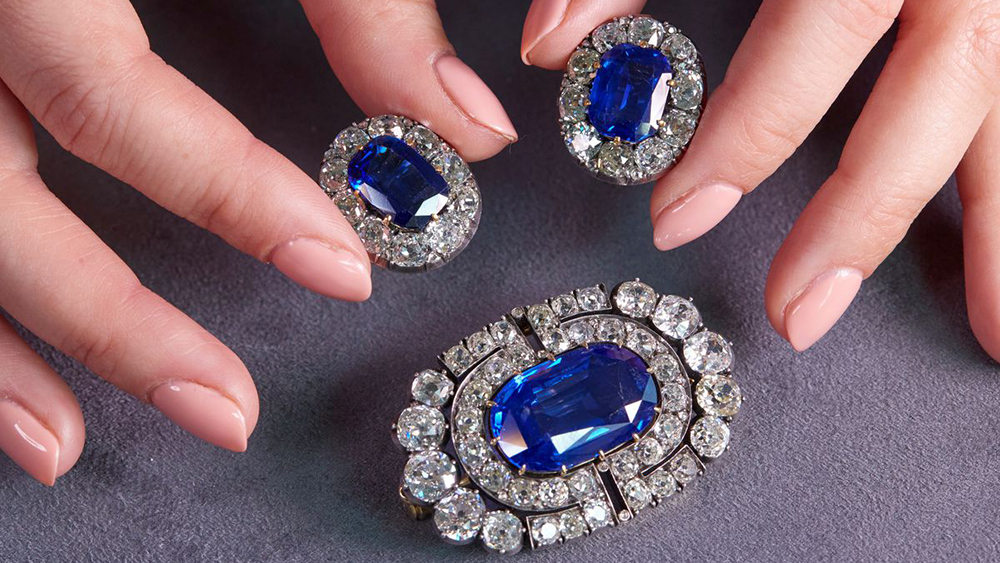 Royal jewelry has long been a hot commodity on the auction block, and the recent sales of Marie Antoinette’s diamond bracelets to pendants belonging to Queen Victoria, proves they’re not slowing down. Just this week, a distinguished group of jewels that belonged to the Romanovs made their own headlines.

Smuggled out of Russia during the 1917 revolution, the set of royal baubles sold for $883,641 at Sotheby’s in Geneva on November 10. The bi-annual jewelry sale offered a sapphire and diamond brooch, alongside matching earrings that once belonged to the Grand Dutchess Maria Pavlovna—the aunt of the last Russian Emperor Nicholas II. The lot sold for nearly twice the high estimate of CHF 480,000. The new owner of the Romanov family jewels made their bids by telephone, and have chosen to remain anonymous.

For historical context, Pavlovna was able to escape Russia in 1919 and died in France the following year. Before she fled, the jewels were entrusted to British diplomat Albert Henry Stopford. According to Reuters, Stopford was sent to secretly collect the jewels from the Grand Duchess’s home, the 360-room Vladimir Palace, before it was pillaged by revolutionaries. Let in through a side door by the duchess’s eldest son Boris, Stopford was able to dismantle the jewels and fold their pieces into old newspaper to protect them.

The sapphire and diamond brooch from the recently sold royal lot.  Denis Balibouse/Reuters

After his visit in 1917, he set off for London smuggling up to 244 pieces of the duchess’s jewelry which were deposited into a bank for safekeeping. The auctioned items were passed on to her daughter, Princess Elena of Greece and Denmark. The eye-catching pieces were kept in the family for some time until they made their first appearance at auction in November 2009. According to the auctioneer, the “European princely family” who made the first purchase of the lot are also the recent sellers of the jewels.