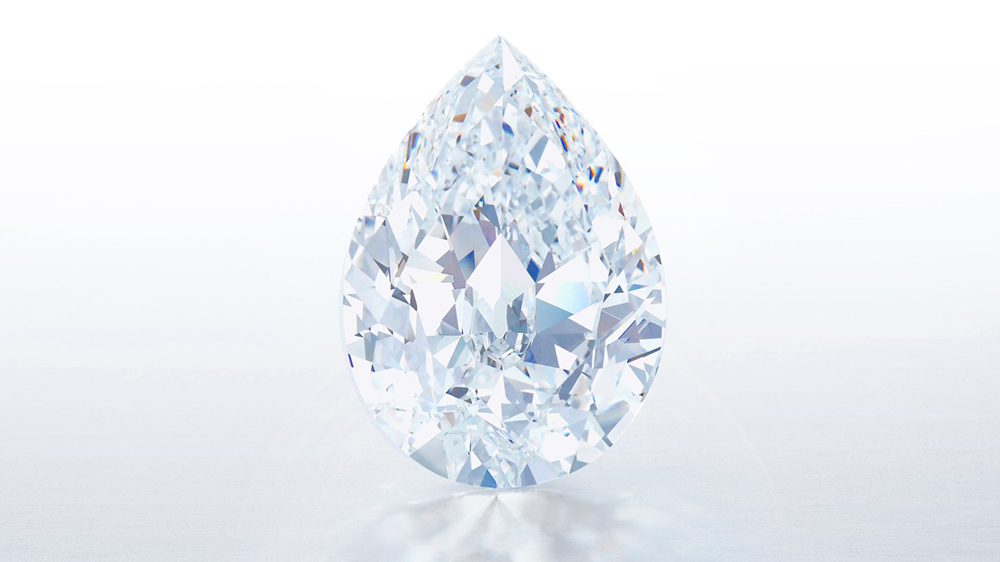 The pear-shaped diamond that Sotheby’s Hong Kong just sold may not be the largest of its kind, but it’s still a record-breaker.

The massive 101.38-carat stone, named The Key 10138, was sold to an unidentified buyer for $12.3 million on Friday in Hong Kong, according to Bloomberg News. That price would be staggering regardless of the circumstances, but the auction house said it also makes the stone the most expensive piece of jewelry ever sold via cryptocurrency.

Although the sales method will grab all the headlines, it can’t be stressed how special The Key 10138 is. The gem from Diacore is the second-largest pear-shaped diamond to ever be sold publicly. It’s also been classified as a Type IIa diamond. With no IR-detectable nitrogen or boron impurities, Type IIa diamonds are among the rarest in the world, making up just two percent of those mined. So, not only is the gem huge, but it’s also exceedingly rare.

Because of this, it’s easy to see why Sotheby’s made such a to-do about the diamond. Last month, the auction house announced it would be selling the stone in a single-lot live sale and would be accepting fiat money, Bitcoin and Ethereum as payment methods. About a dozen bids were put before the gavel sounded during the live-streamed sale.

As high as the sale price for the gem may be, it actually comes in lower than it could have. When the auction was first announced, Sotheby’s said it expected the special stone to fetch between $10 million and $15 million. In the end, it fell squarely in the middle of that range.

While the sale is good news for Sotheby’s and Diacore, it’s less so for those of us feeling some crypto fatigue. Although the diamond failed to meet or exceed its high estimate—unlike, say, Beeple’s Everydays: The First 5,000 Days—it still sold for a lot of money. Because of that, it seems unlikely that the art and auction world’s love affair with cryptocurrency will end any time soon.