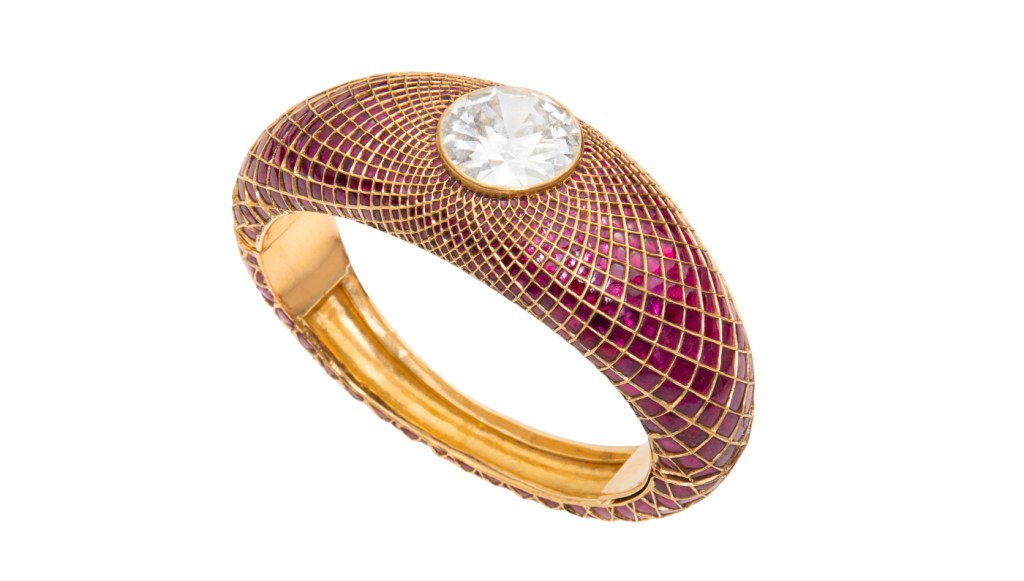 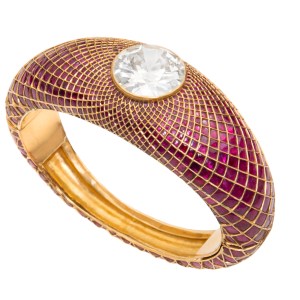 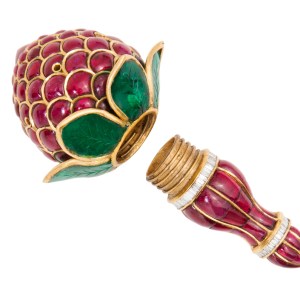 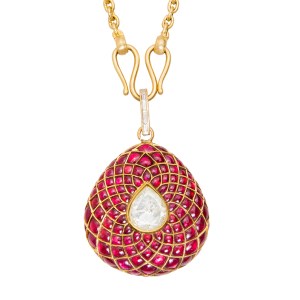 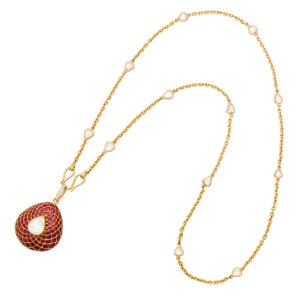 Sindoor, the latest jewelry collection from Siddharth Kasliwal—ninth-generation jewelry designer and owner of Munnu the Gem Palace—was inspired by a ruby-covered object box made by Munnu Kasliwal, Siddharth’s late father who headed the legendary Jaipur-based gem house and garnered a glamorous international following. Siddharth stumbled across the 4-inch-tall bejeweled box in Munnu Kasliwal’s archives a few years back. “I remember my father working intensely on this piece for over two years, and I wanted to pay homage to him,” said Kasliwal, who quickly began conceptualizing a ruby jewelry collection that would capture the box’s opulence and artistry. “It took us a little over two years to complete the entire collection, as the work required to produce each piece is quite labor intensive,” said Kasliwal. “The craftsmanship has to be done with extreme precision and patience.” A team of Munnu the Gem Palace’s specially trained artisans in Jaipur helped complete the exquisite assemblage.

The resulting five designs in the ruby-centric Sindoor collection—which, translates roughly to “red” in Hindu—include a teardrop-shaped pendant necklace, ring, earrings, bracelet, and perfume bottle. Each boasts a central pear-shaped diamond. Every piece was handmade using the traditional Indian technique called Kundun, wherein each gem is outlined with gold foil, creating (in the case of the Sindoor designs) a geometric, gold-webbed motif. The five ruby designs debuted earlier this month and range in price from $48,000 to $480,000. The pieces are available in company’s New York salon, and its stores in Mumbai and Jaipur. (munnuthegempalace.com)